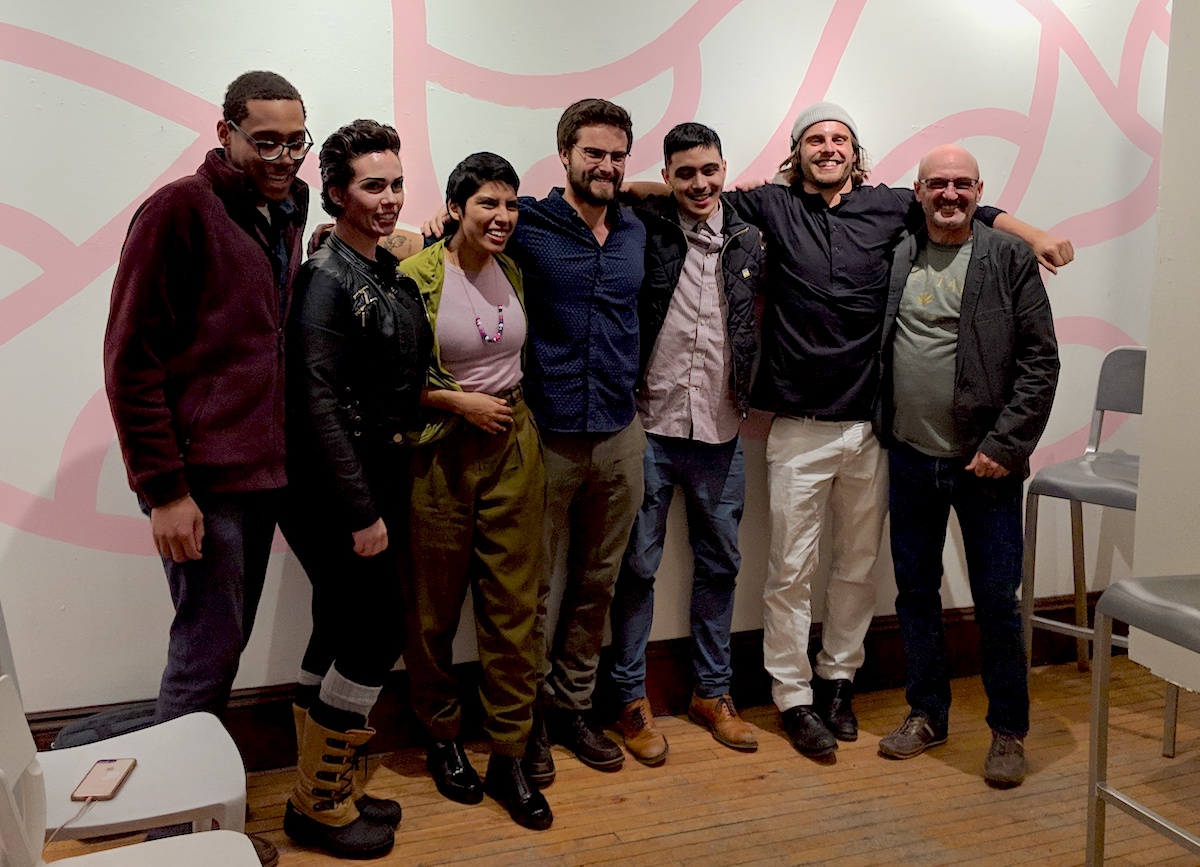 On Friday evening in the Maglianero Café in Burlington, attendees at a seminar were listening to Joe Veldon, a leading cannabis cultivator and breeder with Seven Leaf Organics, talk about a Vermont strain of cannabis he called The Floppy, which he said he’s been smoking since ‘85.

“All the weed is full of seeds,” he said. “It is the dirtiest, nastiest looking brown weed you’ve ever looked at, but my God does it get you high.”

This one strain of weed, cultivated by the same farmer on the same corner of Vermont pasture, is what Veldon called a landrace strain, a strain of cannabis that has become accustomed to an area and can grow reliably.

The discussion was part of a PechaKucha-style event presented by blockchain-based app Trace that brought speakers from different perspectives of the cannabis together for a talk about cannabis, cannabis science and consumer advocacy.

Excessive breeding for THC has led to instability in some strains, which are more susceptible to molds, mildews and bugs.

Aimee Burke, director of sales at Phylos, a cannabis genomics company based in Portland, Ore., talked about diversity and importance of studying cannabis genetics. Unlike conventional agriculture crops such as corn or soybeans, research into cannabis genetics lags far behind.

“A lot of the questions that we want answered, we’re just not there yet,” Burke said.

In 2014, Phylos partnered with the Museum of Natural History and traveled around the world collecting cannabis samples from 80 different countries. They sequenced the DNA of these plants and creating a database where users can log on to compare genetics.

Due to extensive breeding, categorizing is more complex than classifying plants as either sativa or indica. Because of prohibition, most strains have been bred for high concentrations of THC, one of over 100 chemicals in the plant. Excessive breeding for THC has led to instability in some strains, which are more susceptible to molds, mildews and bugs.

“The future will be matching strains to humans. That’s where we’ll go next.”

With more research, Burke said, consumers can be confident about what’s in the joint and how it will affect them.

“The future will be matching strains to humans,” Burke said. “That’s where we’ll go next.”

It takes a knowledgeable and experienced cultivator to consistently grow crops of plants with the same traits. Joe Veldon specializes in feminized industrial hemp cultivars, and is developing new hybrids of plants that will thrive in Vermont’s climate and shorter, colder growing season. Veldon said he is expanding growth in CBD-dominant plants for applications in industrial and medicinal use. Veldon has three years’ experience growing cannabis in Oregon’s recreational market and specializes in producing strains high in CBD.

“There’s been far less research than its THC sister, meaning there’s a lot more room for improvement,” he said. “We also believe the hemp market will be much larger than the THC market, giving it much more potential.”

In order for Vermont to remain competitive, Veldon said the state would have to encourage small-scale producers. By putting the focus on growing high-quality plants, Veldon said brands could bring unique products to market. “This is an ecosystem that exists and we must not ignore, it’s all connected,” she said.

The group advocates for the availability of all varieties of cannabis products including flower, edibles and concentrates. Erika discussed the group’s efforts to expunge marijuana convictions and bring those imprisoned by the War on Drugs into employment.

Another priority, Erika said, was the normalization of cannabis and remembering the effects from the War on Drugs.

Cultivator Justin Decatur talked about his attempts to create a compost mixture that aligned with his personal ethos of veganism and the struggles of creating an ecosystem with living organisms without intentionally contributing anything living.

Decatur has had a lifelong interest in growing plants, and when he first began growing cannabis, used bottled mixtures of nutrients on his grows.

“The problem was I still got residual flavors,” he said.

“This mess that I had made – this Frankenstein – it grew a better flower and a healthier plant and still remains one of the best flowers I’ve ever grown.”

In addition to those unwanted flavors was the high cost of nutrient supplements from a store.

As a cheaper alternative, he began to build soils but wanted to do it without any animal products including eggshells, manure or worm castings. He opted to not add earthworms. Instead, he found a pinto bean compost, and added soybean meal, kelp meal and rice hulls. When he looked under a microscope at the compost tea, he noticed that there were living things already there, regardless of what he supplied.

“This experiment was gone, it didn’t exist anymore because there were animals now in the soil,” he said. “It was completely misguided.”

While that may have been true, he also observed it was outperforming all the other soils he had.

“This mess that I had made – this Frankenstein – it grew a better flower and a healthier plant and still remains one of the best flowers I’ve ever grown,” he said.