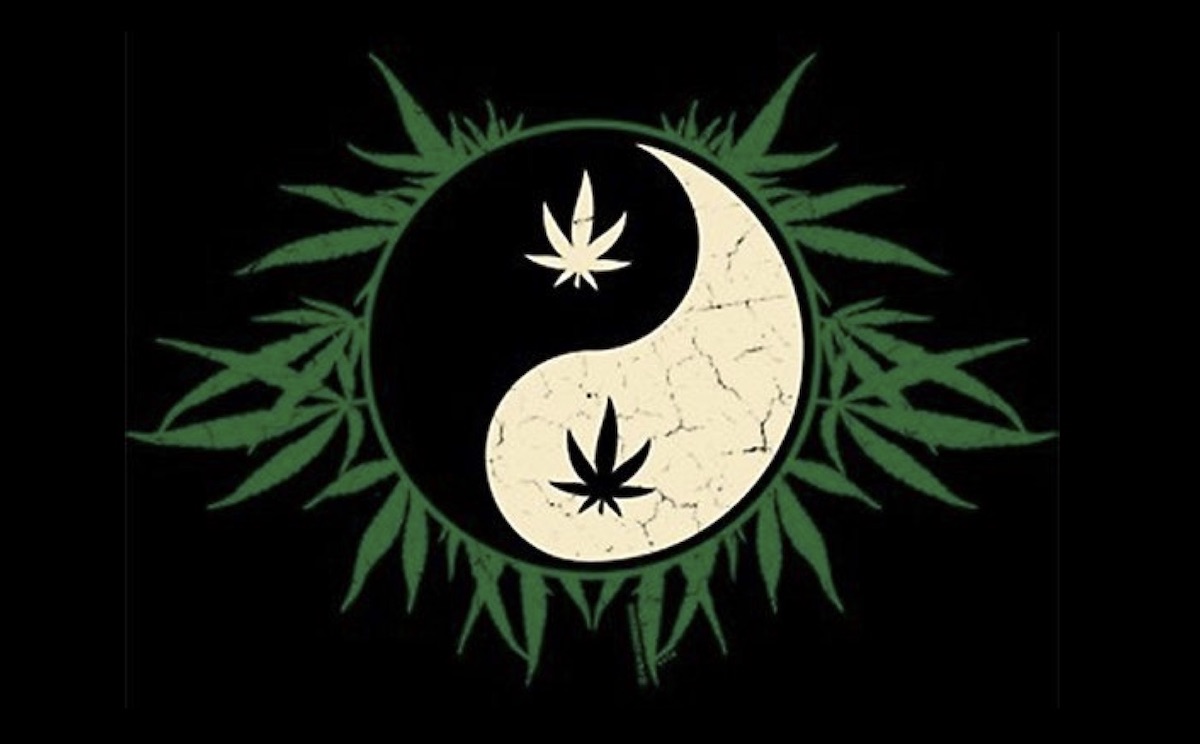 Cannabis has been a component of Traditional Chinese Medicine for over 2000 years. From an acupuncturist’s perspective, applying a Yin/Yang framework to the therapeutic effects of this ancient herb can provide a deeper understanding of not only the “feeling” associated with the psychoactive effects, but also what symptoms are appropriately treated by a specific variety or strain.

Genetics is a complex field, and cannabis genetics is an ever-growing arena of complicated varieties, cloning, and breeding. Simply naming and breeding a strain doesn’t guarantee the child will have the same genetic structure as the parent, even if it’s similar in appearance. This is significant, because we’re also learning that genetic structures within a specific plant will change and alter over generations.

In addition, conditions, location, and even water sources can influence the expression or repression of certain genes, affecting not only a plant’s appearance but its “strain” and type. In other words, strains associated with being indica can eventually breed to produce sativa-type plants that are indica in appearance but sativa in therapeutic effect.

And, this, of course, is an oversimplification, as many varieties have been bred and cross-bred for years, and resemble nothing of their landrace origins. Comparing wild, or feral, indica and sativa plants with intentionally bred cultivars would be as different as looking for the similarities between tigers and house cats. They’re obviously genetically linked but, express astounding variety.

Lead With Your Nose!

How do we bring this back to Yin and Yang? Keeping it old school, herbalists from every tradition have learned to recognize the effects of herbs by knowing what they look like, but also can anticipate the plant’s therapeutic characteristics by smell. This is an important component in understanding the medicinal effects of cannabis, as well as the way specific psychoactive components will play out in your body.

Of course, just as there are no absolutes in Yin and Yang, the same goes for cannabis. Most varieties will have a combination of both aspects, while others will express genes that breeders may not have intended to highlight. This is why smell matters. Associating certain smells with Yin and Yang characteristics can help the grower, tender, and user select the right flower or bud for their needs.

Lower – or Yin type – aromas will seem heavy, leathery, chocolatey, with the deeper earthy tones of humulene and myrcene terpenoids, and tend to have a sedating effect, which can most likely help with anxiety, insomnia and other “hyper type” imbalances.

Higher – or Yang type – aromas such as cinnamon, fruity and citrus aromas – coming from linalool, geraniol, valencence, and terpineol terpenoids – can have an invigorating effect most likely helpful for low energy, fatigue, foggy brain, and other “hypo type” imbalances.

Of course there are also neutral scents as well. This is a growing area of study, and can only expand the potential for improved outcomes, as well as serve a tool for identifying the presence of mold and other undesirable chemicals.

There are even training courses on “interpening,” designed to teach people to identify the varieties potency and therapeutic effects of cannabis by its scent. This is similar to sommelier training, but for weed!

As an acupuncturist physician, understanding scent allows me to combine cannabis with other herbs for the best therapeutic results – both for medicinal and recreational purposes (which in my humble opinion is also medicinal).

An important takeaway here is that the name of a “strain” does not always mean it will have an effect that the name might indicate. So, be sure to take a whiff of a cannabis you’re contemplating. Pay attention to what you smell, and where you feel the sensations. Are they below your nose into your jaw – indicating a lower or Yin type, or do you feel a heady sensation in the forehead or a tickling, which indicates a Yang type? Know that it’s also possible to feel a combination of sensations.

Remember that your body chemistry will also play a role in how you metabolize the components of cannabis, so your sense of smell can be your best tool in deciding which bud’s for you.