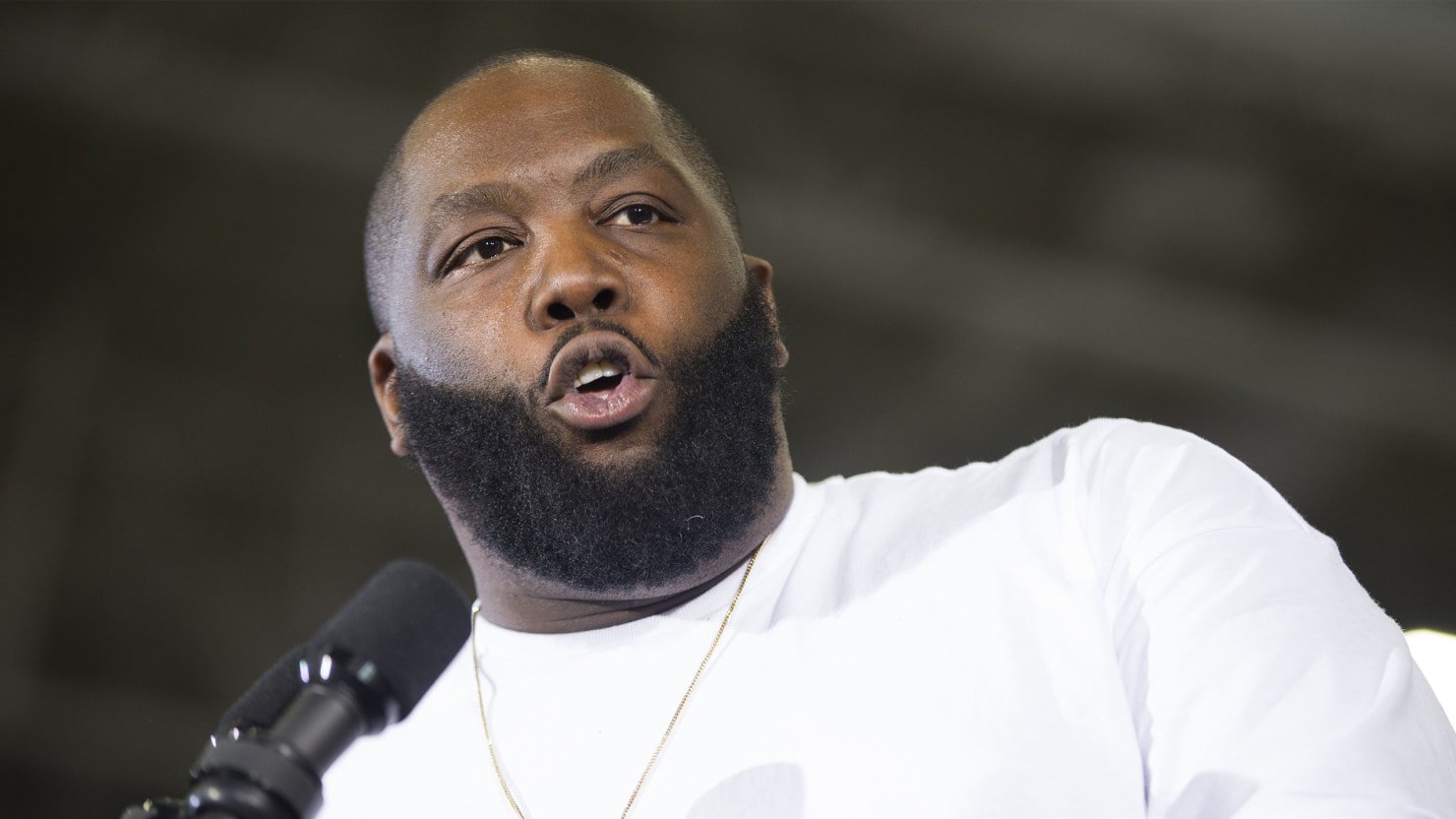 We had a colossal snowstorm over the weekend, coupled with sub-zero temps, and I was fighting the virus which seems to have taken up residence, and now have its own desk, at Heady VT-HQ. So, it was a great couple days to crawl into bed and play a little Netflix Roulette.

One of the first titles I stumbled across was Trigger Warning with Killer Mike from Run The Jewels. I’m not much into rap, but I remembered his passionate activism for Bernie Sanders during the last presidential election, so I thought I’d give a look.

The show is basically Killer Mike taking on different social experiments, or, in his words, it’s about “the most absurd thoughts and arguments I’ve had in my life and to see if they’re possible.”

For example, he notes that “wherever you inject money and jobs, gangs disappear,” so in one episode, he gets members from the Crips and the Bloods to work together on starting their own soda company – just to see what would happen.

Another episode is about trying to found a church with a black icon (i.e. Black Jesus) at the center of the scriptural narrative, because he believes it’s hard to have a truly transcendental – and empowering – spiritual experience when you can’t deeply identify with the figure whom you’re worshipping.

This, he concludes, is one of the mechanisms by which the black middle class has been eviscerated. So, Killer Mike decides to spend three days living, working, and spending money exclusively within the black community. This includes where he gets a haircut, how he travels (there are no black-owned car companies so he has to get a bike from a black-owned bike shop), where and what he eats, and how he parties. No getting a lap dance from an Asian dancer for this guy!

Is there a conscious, ongoing effort towards inclusive hiring practices? What imagery is being used in promotional work? Are the voices of women and people of color being elevated in highly public forums? Are individuals calling out their own privileges and unconscious biases?

He also has to figure out how to get some weed grown by black people. This is a dude who’s partaken of the ganj pretty much every day of his adult life, so getting some righteously grown green is more than a trivial concern.

The problem is, he can’t smoke Northern Californian cannabis, because that was grown by white people. He can’t smoke Mexican, because that also wasn’t grown by black people. The only option available is to find some Jamaican-grown, which proves (spoiler alert) impossible.

Ultimately, Killer Mike does an amazing job, in a pretty pop-culture context, of drawing out some of the nuances and contradictions of the African-American experience, talking about the challenges and opportunities of allyship, and giving his viewers concrete actions they can take to address some of the social and economic inequities facing the African-American community – such as shopping at We Buy Black to support black-owned companies.

In the bigger picture, though, it got me thinking about how we hear a lot of conversation in the cannabis community highlighting the profoundly unjust consequences of prohibition, and calling out the war on drugs as being an extension of the enslavement of African Americans. As cannabis legalization progresses, there is a great deal of work going on promoting valuable programs like expungements and preferential licensing.

But it also begs a serious question: What else are individuals, growers, makers, business owners, and members of what intends to be a highly inclusive community actually doing to work towards true equity and genuine justice? Is there a conscious, ongoing commitment to engage in inclusive hiring practices? What imagery is being used in our promotional efforts? Are the voices of women and people of color being elevated in highly public forums? Are individuals calling out privileges and unconscious biases in both themselves and their friends and colleagues?

Martin Luther King Day is not a passive holiday. It’s not an opportunity for memorialization and remembrance. Instead, it’s an opportunity for acknowledgement, education, assessment, and recommitment to an ongoing struggle – both within ourselves and in the world at large.

In Vermont, unless you’re a person of color, it can be easy to forget how extremely homogeneous and white things are. It can be a simple matter to laud the state’s social and environmental awareness, and claim a high degree of inclusiveness and lack of racism – until, for example, a school wants to change a mascot or fly a Black Lives Matter flag, or an African-American politician gets bullied out of office. Then, the public discourse gets much more challenging, and the allyship of those who claim it comes under much greater scrutiny.

This is all to say that Martin Luther King Day is not a passive holiday. It’s not a time for memorialization and remembrance. Instead, it’s an opportunity for acknowledgement, education, assessment, and recommitment to an ongoing struggle – both within ourselves and out in the world at large.

As the mighty activist Ella Baker said, “We who believe in freedom shall not rest until it comes.” That doesn’t mean burning ourselves out for the cause. But it does mean maintaining both an awareness of injustice and an ongoing commitment to addressing it. Fortunately, we have the Martin Luther Kings and the Ella Bakers and the Killer Mikes of the world to help show us the way.