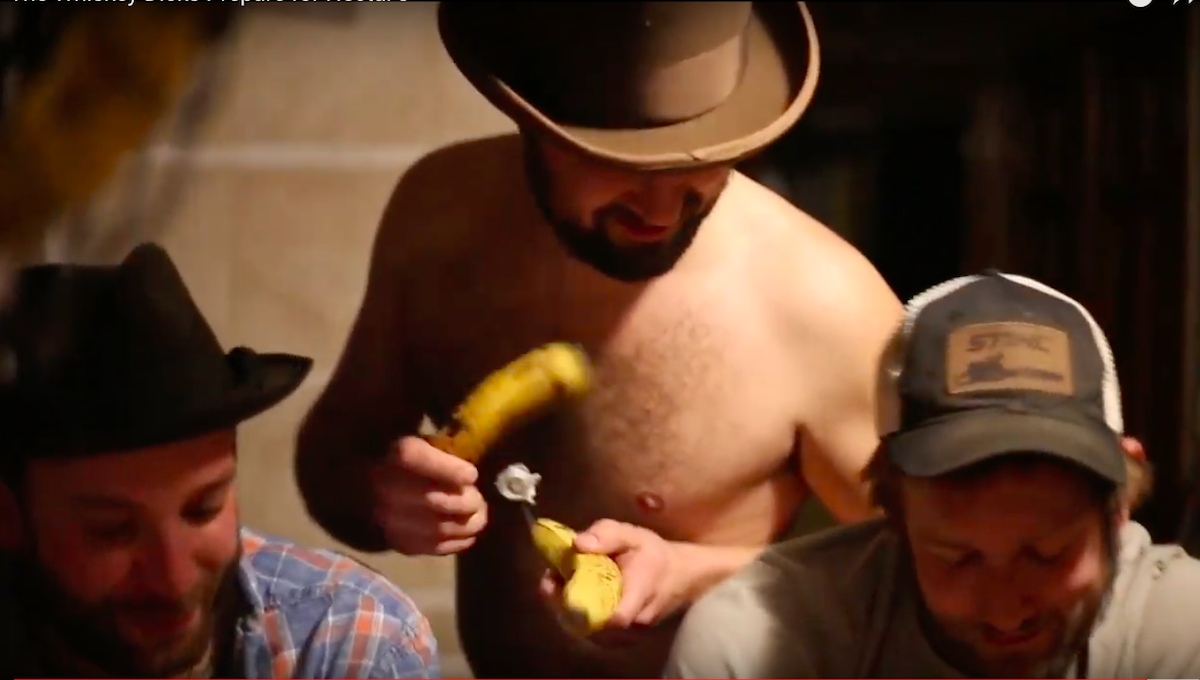 Burlington’s finest flaccid rock group, The Whiskey Dicks, will be concluding their winter tour at Nectar’s on Friday, January 25. The boys have been making their way across the state, raging the Green Door Pub at Stratton Mountain, their beloved Village Tavern in North Ferrisburgh, and last weekend’s Headies Awards Party in Essex.

The five-part group features Sam Johnson on rhythm guitar and lead vocals, Justin Small on lead guitar, Joe Chapman on drums, Luke Shea on bass and vocals, and Matt Blair on percussion. For this special night, the band will also be welcoming a sixth dick to the mix, Mr. Ryan Dempsey. If that name sounds familiar, it may be from his affiliation with Twiddle, but it’s most likely from his performance with the Dicks at last year’s Nectar’s show.

The band certainly has a unique dynamic as most members are scattered throughout the state, working various jobs in various locations. Nonetheless, they’re brothers at heart, and that bond prevails in spells like this when everyone can be in the same place at the same time. In talking with them it’s obvious that they all share a strong love for music, and in pairing that passion with their humor they culminate the masterpiece that is the Whiskey Dicks.

In preparation of the big show, the band has been practicing as much as possible out at their Greenbush studio – working to nail down every guitar riff, drum beat, lyric, and triangle hit.

When asked what the crowd can expect next week, the boys were careful not to spill too many details. “We’d tell you, but we’d have to dick you,” they said. They went on to note however that like most shows, they’ll be playing a variety of covers and originals, ranging anywhere from blues, to jams, to classic rock n’ roll. You’re almost certain to know the words to at least a couple of their tunes!

According to Blair, they’ve been described as, “The band that other bands hire when they want to party,” and it’s a representation they intend to live up to for their final show. If past performances throughout the tour are any indication, they should have no trouble doing so. Throughout the month they’ve drawn in diverse crowds of concert-goers, many who start as strangers and end the night as best friends on the dance floor. So, check them out Friday, January 25 at Nectars! The show starts at 9:00 p.m.