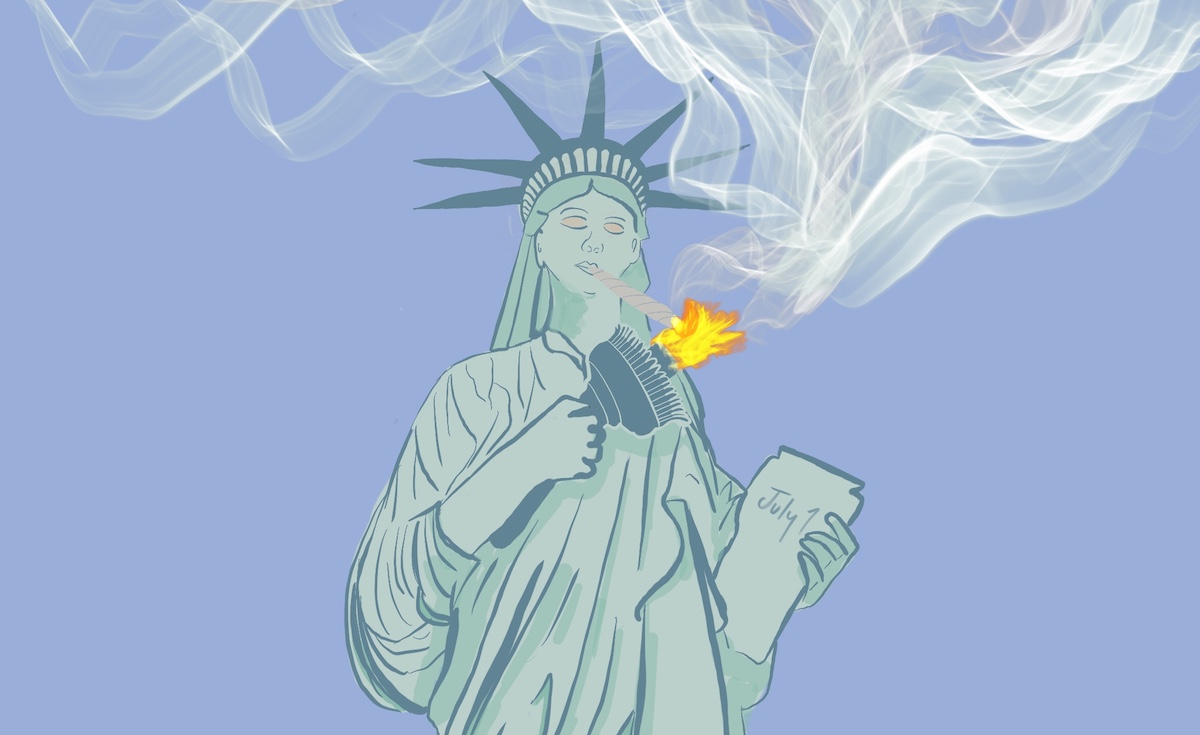 Riding off the high from this past weekend’s Headies Awards Party – Vermont’s first ever – it’s been a news-filled past few days. Details on Vermont’s tax-and-regulate system for legal cannabis are emerging, neighbor New York enters the legalization conversation, and at the national level, the newest attorney general has said he won’t go after cannabis companies in states where pot is legal.

Details emerge on tax and regulate

The state’s path to a legal and regulated cannabis market has been marked with executive orders, commission hearings, statewide listening series, draft reports, final reports, and now that the legislature is back in session, representatives are at work under the golden dome crafting a vision of what legal cannabis could look like.

On Jan. 11, the Senate Judiciary Committee released an outline of a taxed and regulated system. If passed, the law would go into effect on July 1, with licenses for retailers and cafés to be issued on or before April 21, 2021.

Regulatory responsibilities for medical and adult-use cannabis would fall under the auspices of an independent Cannabis Control Board. That Board would administer six different types of licenses and, starting in 2021, the Vermont Medical Cannabis Registry and licensed medical cannabis dispensaries, which are currently held by the Department of Public Safety.

The bill also recommends a 10 percent excise tax on retail sales of cannabis and cannabis-infused products (including food and beverages) as well as a one percent local option sales tax where applicable. The full text of the bill has not been released.

While Democrats made gains in the state House following the November election, legislators are torn about the prospects of the bill’s success. Should both chambers pass a bill, Governor Phil Scott has not indicated if he would sign it into law and has called for greater investigation into roadside testing for impairment.

For years, New York Governor Andrew Cuomo was one of the biggest champions of prohibition and dragged his heels at even allowing medical marijuana, but now (some say thanks to Cynthia Nixon’s gubernatorial candidacy) it seems he’s ready and even excited to chart a new course – this time, it’s for full legalization.

In mid-December, the second-term Democrat vowed to push for full legalization in the first 100 days of 2019. In a budget address on Tuesday afternoon, he released details that would allow sales to anyone 21 or older, seal marijuana offenses on a person’s criminal record and generate roughly $300 million in new tax revenue for the state. The state would levee three different taxes: $1 per dry gram of flower and $.25 per dry weight gram of trim. Sales from wholesalers to retailers would be taxed at a rate of 20 percent of the invoice price. Finally, that invoice price would be taxed at 2 percent and placed in a trust designated for the county where the retailer is located.

Counties and large cities would be able to “opt-out” of legal cannabis sales by passing ordinances within their jurisdictions.

Testifying before the Senate this week, Attorney General nominee William Barr said marijuana companies operating legally in states where cultivation and sale of the drug is permitted will not face prosecution by the Justice Department.

Despite federal law prohibiting possession or sale of cannabis, many states have passed laws that fly directly in the face of prohibition, causing business leaders and local employers to fear for the future and security of the growing cannabis market.

Barr said in his confirmation hearing that companies had relied on an Obama-era guidance known as the Cole Memo that prevented federal authorities from going after businesses in states with legal cannabis. Former Attorney General Jeff Sessions rescinded that guidance last year.

The Associated Press quoted Barr as saying he believes “the current system is untenable.”