In Landmark Ruling, Vermont Supreme Court Holds Police Can Be Liable For Discriminatory Searches and Seizures 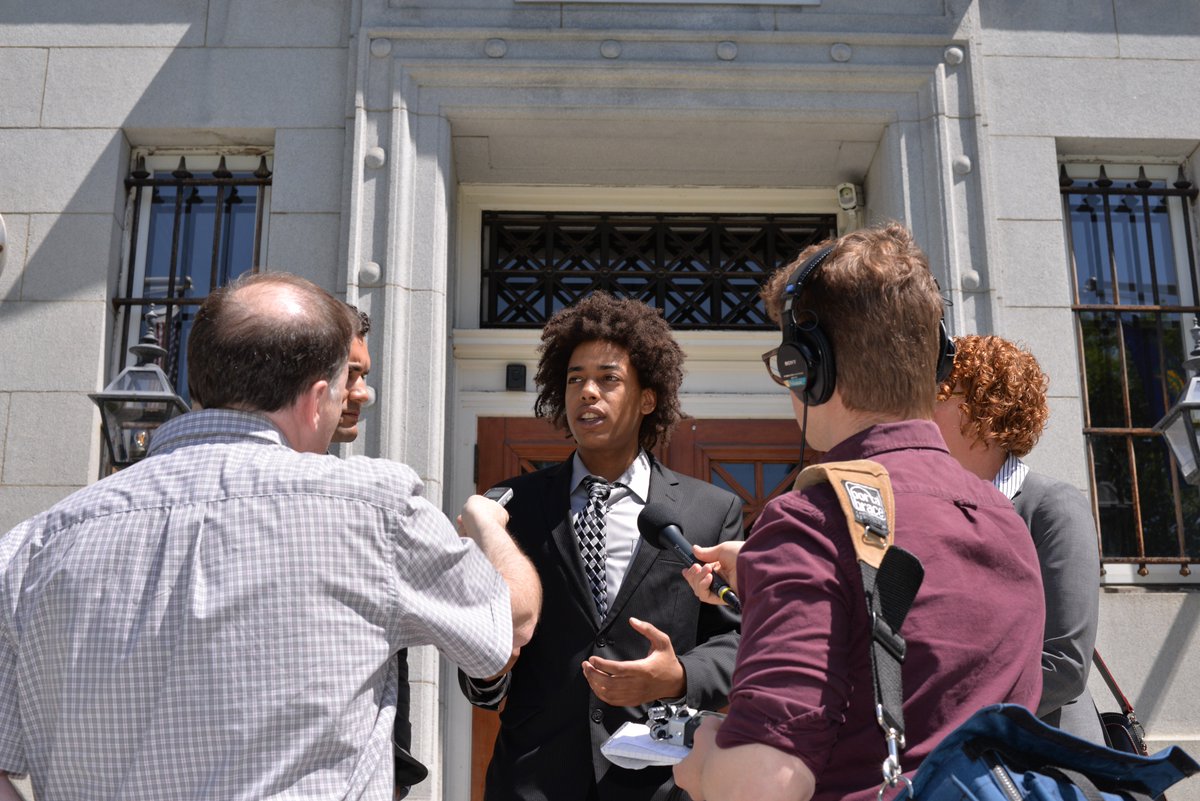 MONTPELIER — Today, the Vermont Supreme Court handed down a unanimous decision in favor of ACLU client Gregory Zullo, who challenged an unlawful 2014 stop by Vermont State Police in Wallingford. The Court ruled that the stop of Mr. Zullo and seizure of his vehicle violated Article 11 of the Vermont Constitution, and that the state is not immune from liability for those violations. The Court remanded the case back to the lower court for further proceedings.

ACLU of Vermont staff attorney Lia Ernst, who argued the case in May: “This ruling represents a major victory for all Vermonters, but especially for Vermonters of color like Mr. Zullo. Police have had enormous discretion to stop and search motorists, including for erroneous or pretextual reasons and on the basis of implicit or explicit bias. In ruling that police can be liable for such acts, this decision sends a clear message—no one is above the law, and if police make bad stops, they can and will be held accountable.”

“This decision sends a clear message—no one is above the law, and if police make bad stops, they can and will be held accountable.”

Mr. Zullo, a person of color, was pulled over in Wallingford by then-Vermont State Trooper Lewis Hatch in March of 2014. The justification for the stop was that snow allegedly covered the registration sticker on Mr. Zullo’s license plate, which was not a traffic violation at the time.

The officer, citing a faint scent of burnt marijuana, ordered Mr. Zullo out of the vehicle and demanded to search the car. When Mr. Zullo refused, the officer had the car towed to the police barracks to have it searched there. Mr. Zullo was forced to walk several miles in the snow and pay a $150 fee to retrieve his vehicle from the towing company. The search of the car revealed nothing to indicate Mr. Zullo had committed any crime.

In its brief argued before the Court, the ACLU argued that stop violated the Vermont Constitution because Trooper Hatch misunderstood the law he purported to enforce. The ACLU further argued that the seizure of Mr. Zullo’s vehicle was impermissible because the faint odor of burnt marijuana, standing alone, cannot establish probable cause of a criminal act. The ACLU also argued that the state was not immune from liability. The Court agreed with each of these arguments.

ACLU of Vermont staff attorney Jay Diaz: “With this ruling, Vermonters can now rest assured that the Vermont Constitution provides a remedy for those who are stopped, searched, and arrested on a pretext or because of the color of their skin. This is an important step towards eliminating racial profiling and persistent racial disparities in our state. And, officers can no longer claim the ‘faint scent of burnt marijuana’ is enough on its own to seize and search Vermonters’ vehicles.”

“This is an important step towards eliminating racial profiling and persistent racial disparities in our state.”

Five Vermont advocacy organizations joined the National Association of Criminal Defense Lawyers (NACDL) in concurrently filing a “friend of the court” brief in support of Mr. Zullo, citing widespread racial disparities reflected in Vermont police stop data. The groups argued that an expansion in police discretion in this area would have made it easier for police to stop and search drivers for pretextual reasons, further infringing on the civil rights of people of color in Vermont.

ACLU client Greg Zullo speaks to members of the press after oral arguments in his case before the Vermont Supreme Court yesterday. Greg’s case, Zullo v. VT, challenges police authority to stop, seize and search a vehicle without suspicion of a crime. pic.twitter.com/iak2EhNxLH

Vermont organizations listed as signatories on the NACDL brief include Justice for All, Migrant Justice, Peace and Justice Center, The Root Social Justice Center, and Vermonters for Criminal Justice Reform. Steffen Gillom, Chair of the Windham County NAACP Organizing Committee, and Tabitha Pohl-Moore, President of the Rutland Area NAACP Branch, are also signatories on the brief. Vermont’s Office of the Defender General submitted separate briefing in support of Mr. Zullo.

The ACLU of Vermont brief is available here: http://bit.ly/2BW4aEv