Unhidden: Queer, Queued, and Recreational at the Northampton Dispensary 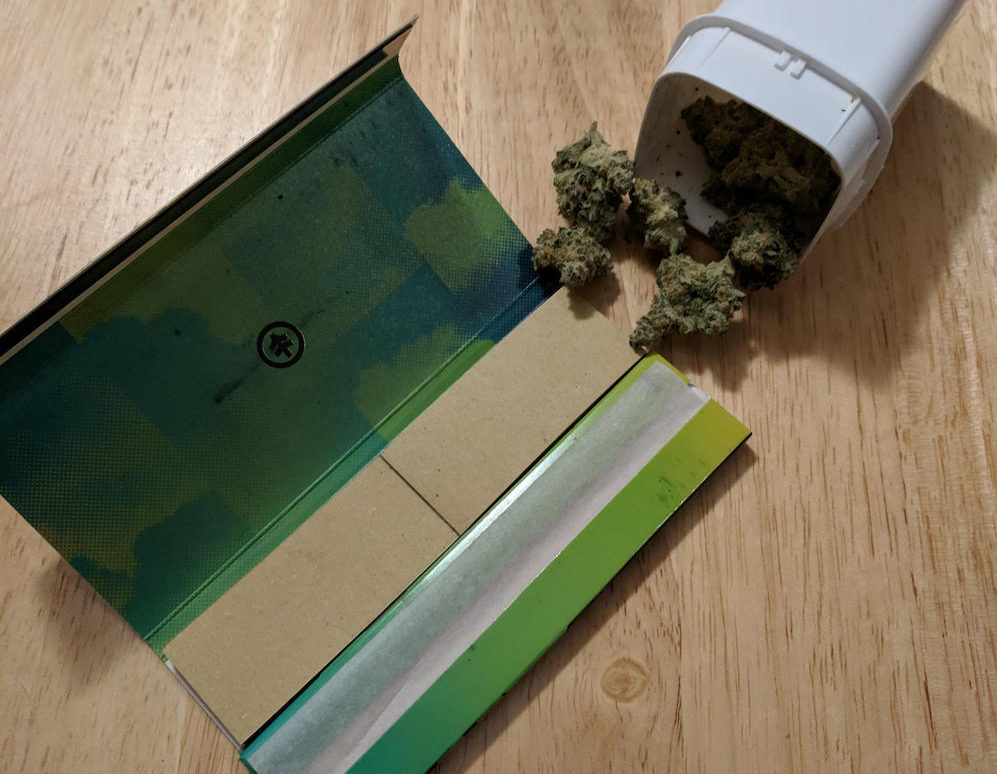 Listen on Soundcloud or read the transcript below.

Before I talk about this weekend, here are two pertinent facts:

First, the last time I got high was in my mid-twenties, on the roof of a Philadelphia row house, in 1993.

Second, although they labeled me male when I was born, it turns out I’m actually nonbinary and bi-gender, so sometimes I’m female and sometimes male. It all switches back and forth: how I present, my internal experience, the whole bit. I didn’t choose it, but you get what you get. It’s exactly as complicated as it sounds.

Anyway, Saturday I drove to Northampton, Massachusetts, one of the most LGBTQ-positive towns in the country, to visit a friend. I went in female mode, because I feel more communicative and empathetic in female mode, and because the wardrobe options are a lot more interesting.

Northampton is one of only two locations in Massachusetts where, since three weeks before my trip, you could now legally buy pot for recreational use. The dispensary there happened to be across the street from my hotel, and I had some time on my hands when my friend was busy, so the opportunity was literally right in front of me. The universe was asking me if I partied. Yes, I told the universe. Yes, I have been known to party.

Driving into town, I saw the line first. There were two lines, actually, one half a block long and the other stretching two blocks, around corners. There were five Port-o-Lets on hand, one of them handicapped accessible. Friendly policemen were stationed to help people park. (Is it just me, or is that bizarrely ironic?)

I joined the long line because intuitively, I knew that if there was a short line and a long line, I would have to wait in the long line. It was true: the guy in front of me explained that the short line was for preorders. (Medical customers were admitted with no line at all, I’m happy to say.) As for him, he’d tried preordering three times, but the orders had all been canceled. “Maybe they ran out of what I wanted,” he told me, “but the email didn’t say that. It just said they might have run out.” It was twenty degrees out, and the line was motionless. I wasn’t even wearing my warmest coat. Mr. Three Orders wasn’t very talkative, and the guys behind me were sketchy huddle-and-mutter types, so I just waited. Ten minutes went by. The line shuffled forward about six feet, then stopped for another ten minutes. I did some quick mental calculations and guessed the wait would be at least two hours (I later discovered it would have been closer to four). I pictured myself lying dead and frozen in the park-like area around which the line wrapped, then having my corpse respectfully removed by gender identity-sensitive policemen.

At that point I gave up, left the line, and went shopping at a vintage clothing store instead. They had an incredible number of leather jackets for $25 to $30 each. I think I was overwhelmed with choices, because I couldn’t decide on one and left empty-handed.

The next morning, though, the sun was out, the temperature was up to maybe 23, and I had my warmer coat, so I put on the least makeup a male-assigned person still in the transitional phase can get away with, brushed my hair out, and went back to the line, which was maybe half as long as it had been Saturday night.

This line was just as slow as the other one had been, but while I was there, I only saw one or two people give up and leave. Despite the glacial pace, the mood was cheerful, with laughter and chatter all up and down the line. I had a bit of friendly banter with strangers, but the people around me had mostly come in twos and mostly talked to each other. I felt the dispensary should post menus, like they do outside restaurants, and that they should play music, like at Disney World. That would have encouraged dancing, which would have been fun and made it easier to keep warm, which would have made it less likely anyone would go hypothermic and die. However, they did not have music. Maybe they didn’t want to give the appearance of being too festive, for fear of making the establishment people jumpy.

An hour and twenty minutes after joining the line, I reached the spot where they stop you and ask for ID. “Mine’s the wrong gender,” I told the guy, who had the build and the conversational reluctance of a bouncer. “They don’t have the X in Vermont yet,” I elaborated. “We’re supposed to get it this year.”

He read my birth year out loud, obviously not recalling how impolite it is to mention a woman’s age in public, then handed back my ID and gestured me through.

From there, it was still twenty minutes to get inside, but the mood was even more upbeat than it’d been further back. Having gotten almost to the door, our IDs already approved, somehow made us feel like VIPs.

Once inside, it was another twenty minutes of waiting, and we were told to stand two by two and to compact ourselves as much as possible. The building was nicely designed: picture a trendy, high-end smartphone store. There were three counters, each with multiple stations. One counter was for medical patients, one for preorders, and the last for us frozen corpses from the just-show-up line. The staff, mostly young and well-groomed, seemed as excited to be there talking about pot as customers were to buy it. They didn’t rush anyone. The couple to the right of the line talked with the staffer for at least fifteen minutes before making their decision.

This was the point where I was finally able to get a menu, and it turned out to be extensive: eight strains of pot described by effects and indications–for euphoria, stress relief, body effects, and so forth–divided into the Sativa, Indica, and hybrids; then vaporizers, extracts, fruit-flavored pot chewies, pre-rolled joints, kief, wax, shatter, and other things I didn’t even comprehend, not even after reading the descriptions.

It was too much variety for me, and I didn’t have a lot to spend, so I figured I would go old school. When my turn came, I stepped up to the counter and said “An eighth of Arcata Trainwreck and some rolling papers, please.” I doubted many other people were buying less than the one ounce limit, but I don’t have extensive marijuana-related plans, and a little bit will do me fine for the time being. The staffer I spoke with picked my purchases from colored, labeled bins. The pot came in a convenient little pinch-to-open plastic container, the rolling papers in a booklet held shut with a magnet and including pieces of heavier paper to make roaches out of. He mentioned how he wasn’t sure how much longer he could stand New England winters. I asked him where he was from originally. He said “Springfield” – so about 20 miles away.

I was cashed out and on my way in under five minutes. My total purchase came to sixty-two dollars: fifty for the pot, another ten for tax, and two dollars for the rolling papers.

My hotel room was non-smoking, and in Massachusetts, it’s illegal to smoke in public, so ironically, the first thing I had to do after walking out the exit door and crossing the line of chilly pot temple aspirants was to find an out-of-the-way spot where a girl could illegally smoke her legally purchased pot. But we already know progress with these things is slow.

Still, that I could walk into that store in a peacock blue, fitted wool coat, black leggings, and calf-high boots with faux fur trim to buy marijuana, not getting arrested or attacked by gender reactionaries in the process, makes me think that on a couple of fronts, like that long line, we’re slowly moving forward.