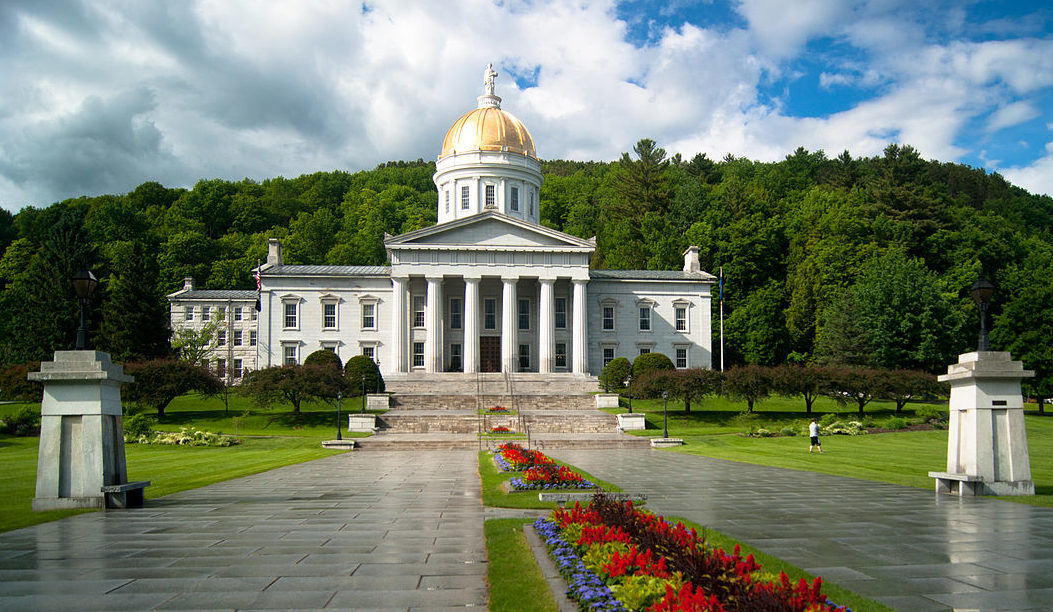 The Governor’s Marijuana Advisory Commission made the final stop of its five-part listening tour last night as a group of some 20 people found their way to the Armed Forces Reserve Center in White River Junction to share their reactions to three draft documents.

The documents are a series of recommendations in the three areas of study: Roadway Safety, Taxation and Regulation, and Education and Prevention.   Commission co-chairs Tom Little and Jake Perkinson led the discussion, but stated at the beginning they were there to listen.

“This is primarily an opportunity for people in the community to tell the commission what’s on their minds and what their hopes are and concerns are,” Little said.

Graham Unangst-Rufenacht of Plainfield spoke on behalf of Rural Vermont, a group that advocates for ecological justice in the state. Unangst-Rufenacht talked about the need to bring what has been an underground economy into the open market.

“It’s the Wild West out there,” he said. “And that’s why someone’s got to do something. I think there’s a lot of people that don’t want to get involved and that’s one of the reasons we need legalization. You have to get involved.”

“It’s not just bud coming in from California that people have been using; there’s an economy here,” he said. “I think it’s intelligent and compassionate of the report to acknowledge that there is a just economy that’s been happening in the state for decades. There are farms that finance themselves, there are small businesses, and there are families that put food on the table by growing and selling this product – and not to children and not in an unjust way. We’re recognizing this now by putting this product in a legal framework. These folks have been doing this for a long time and what we’re doing is regulatory capture.”

Tom Massey, owner of Good Stuff stores in Vermont, New Hampshire, and New York, spoke about the need for a regulated market for when products containing the psychoactive ingredient THC join the already large selection of CBD products. The state has yet to set a minimum age requirement for buying THC or CBD products as well as purity standards.

“That 27 percent tax is going to be a deal-breaker.”

“It’s the Wild West out there,” he said. “And that’s why someone’s got to do something. I think there’s a lot of people that don’t want to get involved and that’s one of the reasons we need legalization. You have to get involved.”

While attendees praised the idea of a framework that would allow private industry to develop, an added 20 percent excise tax plus the existing 6 percent sales tax and the one percent local option sales tax caused some people to wince.

“That 27 percent tax is going to be a deal-breaker,” said Vershire’s Nick Karabelas, CEO of Greener Mountain Consulting.

“We can no longer allow our dispensaries to self-regulate because it’s at the expense of sick people in our state and that really has to end.”

Stephanie Waterman, co-owner of White River Gropro praised the Commission’s recommendation to offer unlimited licenses for small growers, but cautioned them to keep the fees low. “I think there has to be a balance between getting funds for the program and not going over that threshold where underground growers are going to say, ‘Forget it, I’m going to stay in the illicit market,’” she said.

Waterman also spoke about the need for purity standards in cultivation. Last week, an article By VTDigger revealed the state’s largest cannabis business had struggled for years with mold infestations on its plants.

“Those products that are contaminated are horrible for consumers with auto-immune disorders or cancer,” she said. “And that’s who they’re going to.” She added, “We can no longer allow our dispensaries to self-regulate because it’s at the expense of sick people in our state and that really has to end.”

It was a point underscored by Rob McFadden from Gaysville, who described Vermont’s medical marijuana program as “a failure.” McFadden, who uses medical marijuana, said he could get higher quality marijuana easier on the black market. “I would not recommend [the dispensaries] to anyone,” he said.

In the roadway safety committee’s report, members suggest the state collect baseline data before a taxed and regulated market be launched. The document also recommends setting an impairment threshold for drivers as well as a testing mechanism.

“I think we’re selling Vermont State Police short by saying that each of those officers doesn’t have the ability to determine whether or not someone is impaired.”

But how this system of keeping impaired drivers off the road became a sticking point. The report includes samples of state statutes regarding impairment from Pennsylvania, Arizona, Delaware, Michigan, and the Canadian province of Quebec. The report also recommendations oral fluid testing for roadside detection, but audience members decried that as an invasion of privacy.

Despite it being legal, the Department of Public Safety has requested $4.5 million for cannabis enforcement. That amount includes $330,00 per year for the state’s 50 certified Drug Recognition Experts (DREs), $350,000 for saliva testing equipment, and $60,000 for annual testing costs.

“I think we’re selling Vermont State Police short by saying that each of those officers doesn’t have the ability to determine whether or not someone is impaired,” said Nick Karabelas. “Any officer can pull you over and the evidence is documented.”

“There should be no more stigma attached to this than when you guys are clinking glasses at the statehouse,” he told the co-chairs. “And I haven’t seen any roadside tests after those toasts. It seems to be smoke and mirrors, it’s not a real problem, but it seems we have a real solution.”

The full commission will meet next week to compile comments into a final report that is due to the governor by Dec. 15.