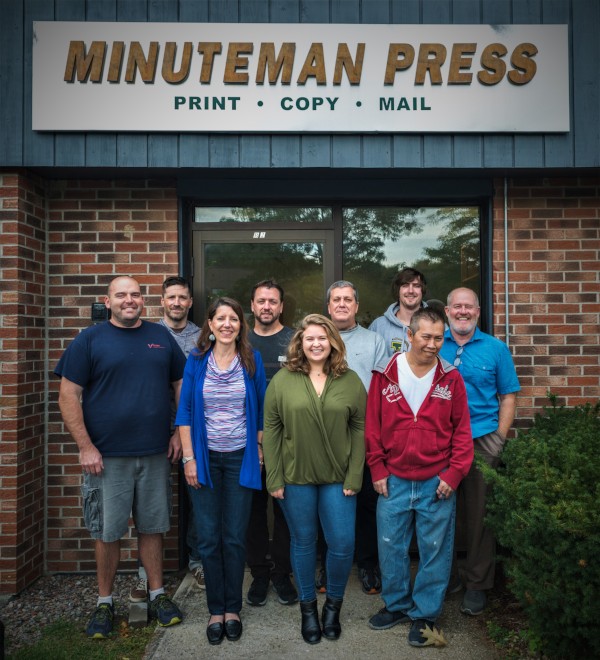 “We never say no,” says Jon, in describing their approach to business. “We’re very fast, very busy, and we have a very dedicated, diligent staff who will go out of their way to get things done. I think the combination of being quick with good pricing,” he adds, “makes us special.”

They also have a philosophy that each of their customer’s business is their business, which gives them a strong incentive to deliver the highest-quality products and services on time and within budget.

“We never say no.” – Jon Cunningham

Curiously enough, while they’re one of Heady Vermont’s first non-cannabis-related business partners, neither Jon or Nancy are cannabis users themselves. “It makes me anxious,” says Nancy. “When someone’s normal state is anxious, it’s good, but for me, not so much.” She does have friends who use it medicinally, and says, “I don’t actually have health issues at this point, but if I did, I would try it.”

For his part, Jon decided to grow two plants this year with son as “a bonding experience.” While growing didn’t get him interested in trying cannabis recreationally – he plans to gift what they’ve grown once it’s done drying – it was, he says, “a fun experience.”

Why then, would a couple of non-users chose to partner with a cannabis organization like Heady Vermont? “We do well in specific industries,” says Jon. “I don’t know why, but we do well in credit union and banking businesses. Cannabis just seemed like a good industry to connect with.”

“We do some printing for a dispensary down the road,” says Nancy. “I see the products they produce. I’m definitely intrigued.”

When asked about how Vermont is doing with legalization from their perspective as non-users, Jon says, “I don’t think there’s anything wrong with it. People have the right to do what they want. My one concern is legalizing without being able to tell if someone is driving under the influence. I have tons of friends who smoke and say it doesn’t affect their driving. I think alcohol is way worse.”

Nancy, for her part, is amenable the idea of a commercial cannabis market. “It seems like it could be a really good idea. I don’t know what some unexpected effects could be,” she adds, “but Canada makes good decisions, so it seems like it’s worth considering.”

Minuteman Press is offering a 20% discount to Heady Vermont members. Visit them on line, in Colchester at 113 Acorn Lane, Suite 2, or Montpelier at 407 Barre Street, Suite 1.