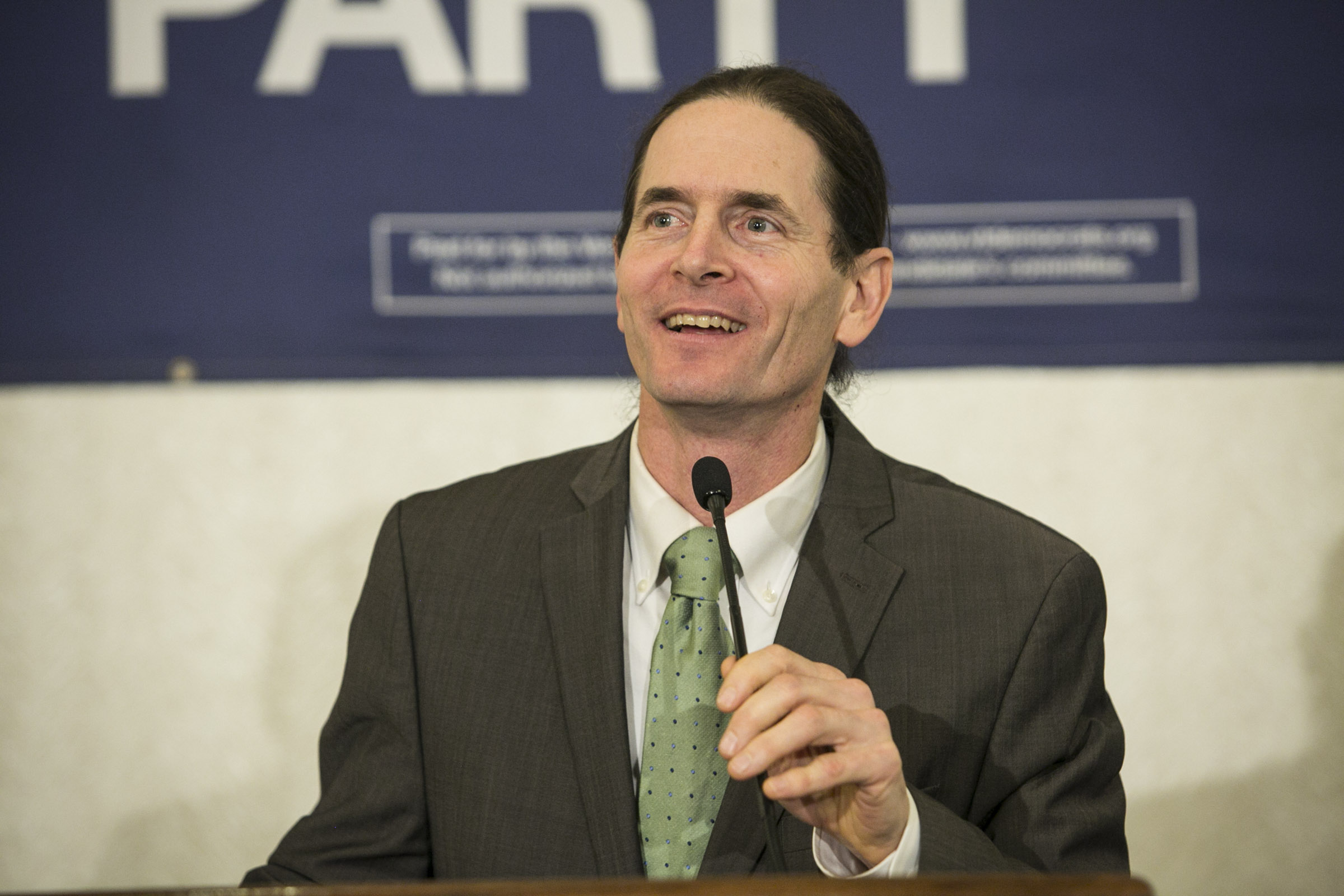 Lieutenant Governor David Zuckerman speaks after the elections at the Hilton in Burlington, Vermont on Tuesday, December 6, 2018.

A string of Democratic victories in down-ballot races shifts the balance of power in Montpelier solidly to the left.

What does that mean for creating a taxed and regulated cannabis market in Vermont?

“I hope it means that it will be in the forefront,” said Rep. Maxine Grad (D – Moretown). “I certainly hope that we can tax and regulate and step up the discussion as soon as possible.”

While Republican Gov. Phil Scott soundly defeated Democrat Christine Hallquist and will continue to a second term, Democrats and Progressives took on a combined 100 seats in the legislature. The newfound supermajority gives liberals a broad coalition to oppose Gov. Scott’s veto power.

“We’ve always had a good strong majority in the Senate for a tax and regulate system and we think it’s the right thing to do. The only people that benefit from the current system are the black market and the grey market. It puts us at odds with Massachusetts as well.”    – Senator Dick Sears

While holding a majority, incumbents said they would still have work to do.

“Democrats don’t always agree on everything,” said Bennington Sen. Dick Sears, who chairs the  Senate Judiciary Committee. “It will still be a narrow grouping to get through some of the things that the governor vetos.”

“It isn’t a surefire thing, but it is good news,” he added.

As the Legislature reconvenes in January, Sears said he plans to introduce a tax and regulate bill similar to the version that passed the Senate but failed in the House in 2016.

“There may be the votes in the House or there may not, we’ll see what happens” he said. “If we’ll have the votes for a veto override will be hard to see. We’ve always had a good strong majority in the Senate for a tax and regulate system and we think it’s the right thing to do. The only people that benefit from the current system are the black market and the grey market. It puts us at odds with Massachusetts as well.”

“In my experience, a bigger majority is harder in a certain way because you have a variety of opinions,” he said. “You’ve got some very progressive folks that just elected and you have some old stodgy folks like myself that have been there the whole time.”

Young said he anticipated the upcoming discussion around creating the taxed and regulated system to be “lively.”

“It’s not like all Democrats support it and even with the Republicans that support it, we lost some of those people,” he said. “We can’t override a veto on it, so we’ll have to be negotiating with the governor on this. I think we have a strong majority at this time who will support it but it’s not veto-proof.”

“I expect, however, that now there is very little opposition left to the taxed and regulated system we’ll start seeing committee hearings right away.”                   – Attorney Dave Silberman

Dave Silberman, a Middlebury attorney who has been lobbying the legislature for a taxed and regulated system said he was heartened by the results.

“Regulation is not going to be the number one priority in the House. I think we’re going to see very quick action on paid family leave and minimum wage because they can override the governor’s veto and I think they have every intention of doing that right away,” he said. “I expect, however, that now there is very little opposition left to the taxed and regulated system we’ll start seeing committee hearings right away.”

In conversation with Heady Vermont this summer, Democratic gubernatorial candidate Christine Hallquist said she would work with the legislature to implement a tax and regulate system within her first year that included provisions to support new small businesses. Hallquist took 40 percent of the vote to Phil Scott’s 55 percent.

Gov. Phil Scott became the first governor in the country to sign legislation legalizing adult possession and consumption of marijuana in Vermont beginning on July 1. The law does not allow retail sale of pot, but sets criminal penalties for anyone in possession of over an ounce of the drug. Scott had vetoed a similar legalization bill in 2017.

Last year, Scott created the Governor’s Marijuana Advisory Commission by executive order to study taxation and regulation, education and prevention, and roadway safety. The recommendations put forth by the commission focus on how the state should respond to the impacts of legalization. Scott has requested a final report from the commission by Dec. 15.

Cannabis did not rank as high as other issues this election including health insurance coverage, the cost of living, and gun control.

“I heard a lot of concern about opiates,” he said. “Particularly from grandparents who are raising their grandchildren because of the state’s opiate problem.”

“It was kind of a non-issue,” Rep. Sam Young said. “Politically, no one was talking about it. We finally got to the point where the legislature legalized cannabis and the public was like, ‘Yeah, about time. Where have you guys been?’”