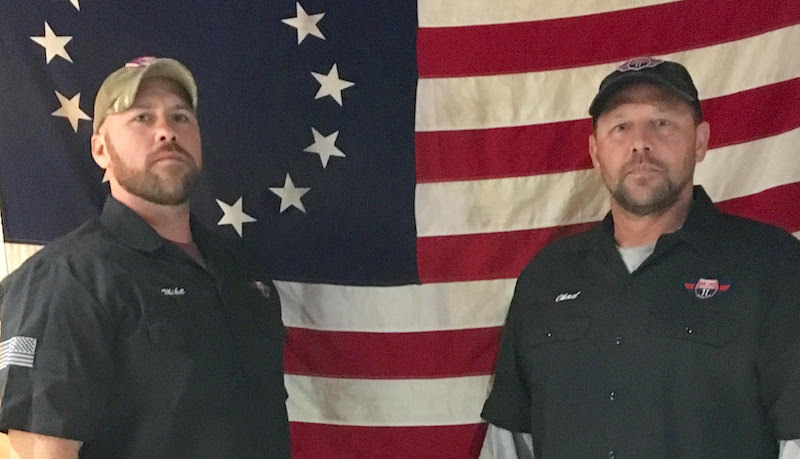 What do veterans do when the battles are over? Whether someone went into the service out of a deep sense of duty and patriotism, because of financial need, out of a desire for adventure and meaning, or in a search for a deeper sense of identity, the transition from military to civilian life can be profoundly disorienting.

Series 11 founders Mike Arace and Chad Stoddard are veterans, and like many other servicemen and women, when they hung up their uniforms and came home to Londonderry, Vermont, they felt a void, a neglect of duty, a desire to do more, to continue to serve.

Arace built a successful career as a corrections officer, worked with local and statewide emergency response teams, and served as a probations and parole officer out of Brattleboro. But he still felt like there was more he could be doing with his life, and to set his own four kids up for success.

“The hope in Vermont is that they’ll go to a tax and regulate system, and when that happens, your competition is black market drug dealers. They’re not friendly, they’re not your neighbor. They don’t know you and don’t care about you. That’s a dangerous game to play.”

Stoddard, who spent over 20 years as a General Contractor and Property Manager, has deep expertise in military security – especially when it comes to ensuring the safety of buildings and transports. Both he and Arace believed there could be a powerful future in using their vast knowledge and experience to meet the security concerns of Vermont’s growing cannabis industry. And so they started Series 11.

They knew from friends in Colorado and Jamaica that cannabis security is a serious problem – particularly for farmers and craftspeople who are just trying to create a good product and who don’t have expertise in what essentially amounts to fending off invasion and attack – be that in a hemp field or on line.

“A lot of people got ripped off this year,” says Arace, “And that’s going to continue to happen.  The hope in Vermont is that they’ll go to a tax and regulate system, and when that happens,” he says, “your competition is black market drug dealers. They’re not friendly, they’re not your neighbor. They don’t know you and don’t care about you. That’s a dangerous game to play.”

“What we can do is anything and everything. What I like to say is we can tailor-fit programs to meet people’s needs.”

Fortunately, whether it’s transporting money, guarding your growing plants, or preventing your website from getting hacked, Arace and Stoddard have both the expertise and the connections with colleagues in high tech and IT security to address just about any issue.

“What we can do is anything and everything.” says Arace. “What I like to say is we can tailor-fit programs to meet people’s needs.” He adds, “We’ll come to do a consult at the actual place of operation, walk around, and make suggestions about things like cameras or fencing or having an armed, in-person presence.”

While federal licensure prevents them from being recreational cannabis users themselves, both men are disabled vets who use CBD, and they’ve also just become licensed hemp farmers who plan to start growing their own.

“We have a lot of land, equipment, and the know-how to produce and grow several thousand plants,” says Stoddard. “We’re excited to see what can happen!”

Series 11 is offering Heady Vermont members a free consultation and recommendation on any security issues. They can be contacted through their website, or via email.