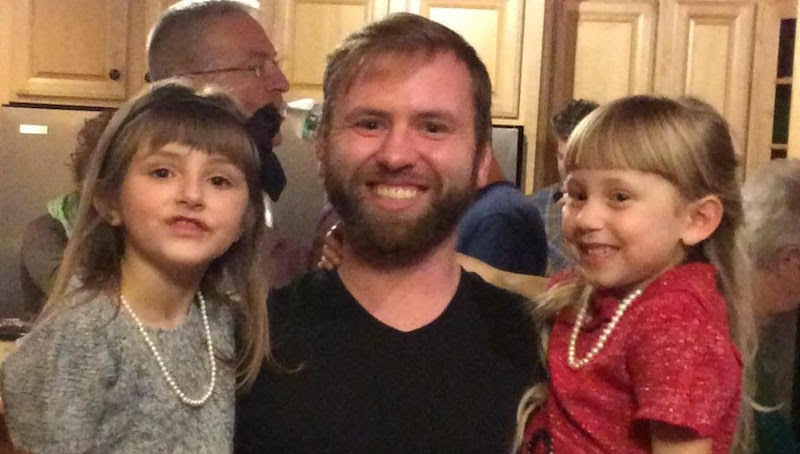 Tyler Colford is running for State Senator in Windham County as a pro-cannabis Republican.

He actively reached out to us as part of our elections coverage, saying, “I’m not a RINO but my influences come mainly from Libertarian and Anarcho-Capitalists, or rather, Austrian Economics. I am in favor of individual freedom and opposed to blanket laws or regulations by either the state or federal governments. I want to repeal mandatory minimum sentencing and nullify the enforcement of federal drug laws.

He was also very interested in responding to our candidate survey, and answered our questions with great thought and detail:

HVT: What would an ideal legal Tax and Regulate system look like? How would you work with other branches of government to create a functional regulatory system?

Tyler Colford: The ideal Tax and regulate system would be no taxes, and have cannabis regulated by the free market, along with all other forms of goods and services. I do not think we will be able to repeal all forms of taxes or government enforced regulations in the foreseeable future – though that is my utopia.

It might be a hard sell to not have some sort of “sin tax” in place for the consumption of cannabis – unless it was sold as a medicine, textile, cosmetic, or possibly even health food product – rather than marketed for recreational purposes.

We will see some sort of sales tax, although I would aim to make the tax as low as possible. With low costs of entry and low taxes I believe that all sorts of markets will open: insurance companies, test labs, third party certification, and loan providers to name a few.

There will be more research and development in all sectors, from Medicinal and recreational to the textile and health food markets will benefit from this plant being as cheap as possible to grow and buy as both a capital and a consumer good.

HVT: How would you assess Vermont’s current medical marijuana program? How will you ensure that registered medical patients and caregivers have access to an abundance of high-quality cannabis products priced at or below market rates?

Tyler Colford: The current state of Vermont’s medical program is too restrictive and cost burdensome, especially for those who could benefit most from the plant’s medicinal effects.

I believe that one way to achieve the goal of abundant, high-quality, affordable cannabis is to lift the limits of weight or quantity and time that a patient or caregiver can obtain cannabis. Other than the limits of acquiring weight of plant within a set time, the localities should decide if having a dispensary is right for them and lift the state cap of total dispensaries.

Nonviolent criminals, who have had prior experience in the cultivation of cannabis should be allowed to pursue cultivation, where they most likely will provide more value and receive greater psychic benefits rather than having another job that they might not like as much and don’t produce as much value.

The alternatives of being on probation or in jail for possession or cultivation of a plant should be unacceptable.

Allow for a friendly business atmosphere where third party test labs and certification providers help to educate consumers rather than having a government monopoly on certifying and licensing.

HVT: How will you ensure that people who’ve been disproportionately affected by prohibition – such as convicts and People Of Color – have an equal opportunity to participate in Vermont’s legal cannabis industry? In particular, how will you work for statewide expungement of convictions for possession?

Tyler Colford: I feel like I touched on this in prior questions but to outline my goals, particularly for this question: I will support retroactively release and pardon all nonviolent drug offenders, nullify enforcement of federal laws via legislation models found at The Tenth Amendment Center, and repeal mandatory minimum sentencing.

Since it seems that minorities tend to be disproportionally targeted by law enforcement, I would be in favor of the repeal of any and all laws where there is not a victim. This would include seat belt and other laws police use as an excuse to pull people over and get their proverbial camel nose in the driver’s tent.

HVT: How will you make sure that all Vermonters have equal access to joining the legal cannabis industry as small and startup businesses?

Tyler Colford: Like in all markets, the higher the cost of entry (licenses, minimum education requirements, certifications, wage and price mandates, etc) the less competition, higher prices, and more corporate-type businesses will have a quasi monopoly over the market.

I want to see farmers bringing their flowers to farmers’ markets as well as technological advancements within the cannabis industry. To do this we need less intervention and restrictions from the government on the cannabis sector.

HVT: Do you think state can sustain both a medical and a recreational program – or would you combine cannabis regulations into one system?

Tyler Colford: If we lived in a utopian world under an ideal Tax and Regulate system, we wouldn’t need to have a separate system for medicinal, recreational, and textile systems.

As it is, I think it’s essential for the markets to be separate to assure the highest medical quality at the cheapest costs for patients, as the flowers sold for medical purposes are not subject to sales tax. I would like to see this exemption expanded to any product that is meant, marketed and/or met some form of medical standard.

Other products that are not consumed recreationally but contain cannabis, even THC that hasn’t been decarboxylated or THCA, should also be exempt from a sin tax.

HVT: If tax-and-regulate is passed, how would you prefer to allocate cannabis revenues? To the general fund or to specific causes? If specific, please share any proposals.

Tyler Colford: Because you cannot count on the government using the funds how they are initially intended, I would be in favor of giving every Vermont citizen a rebate. Because it is for every citizen in Vermont there would be no need for a rebate request or form to file, regardless of age or wage everyone would receive the same amount.

The first year of the tax and regulated system I would propose that all proceeds go to paying down Vermont’s debt. But that all years after that, the revenue from the cannabis industry will go to rebates. As to not add incentives for lawmakers to increase government spending there will only be the one year’s tax revenue allocated to paying down the debt.

Tyler Colford: I am in favor of localities imposing moratoriums, as localities are the closest thing to the representation of an individual’s values. Just because one town doesn’t want a dispensary or storefront doesn’t mean that all or any of the other towns will impose moratoriums.

Legalization in Vermont was unusual, as other state legalization efforts happened by voter initiative. Voter initiatives are like the state version of a local moratorium only on a more local level, where your voice is more easily heard and where your vote counts more. Local moratoriums also effects a very small demographic, instead of effecting large swaths of the population like blanket laws or regulations that effect whole states or countries with something that could potentially harm those areas, as well as have other unforeseen consequences, in neighboring communities, states or countries.