Vermont Cannabis “Tax and Regulate” – Towards An “Objectively Fair, Efficient, and Safe Model” 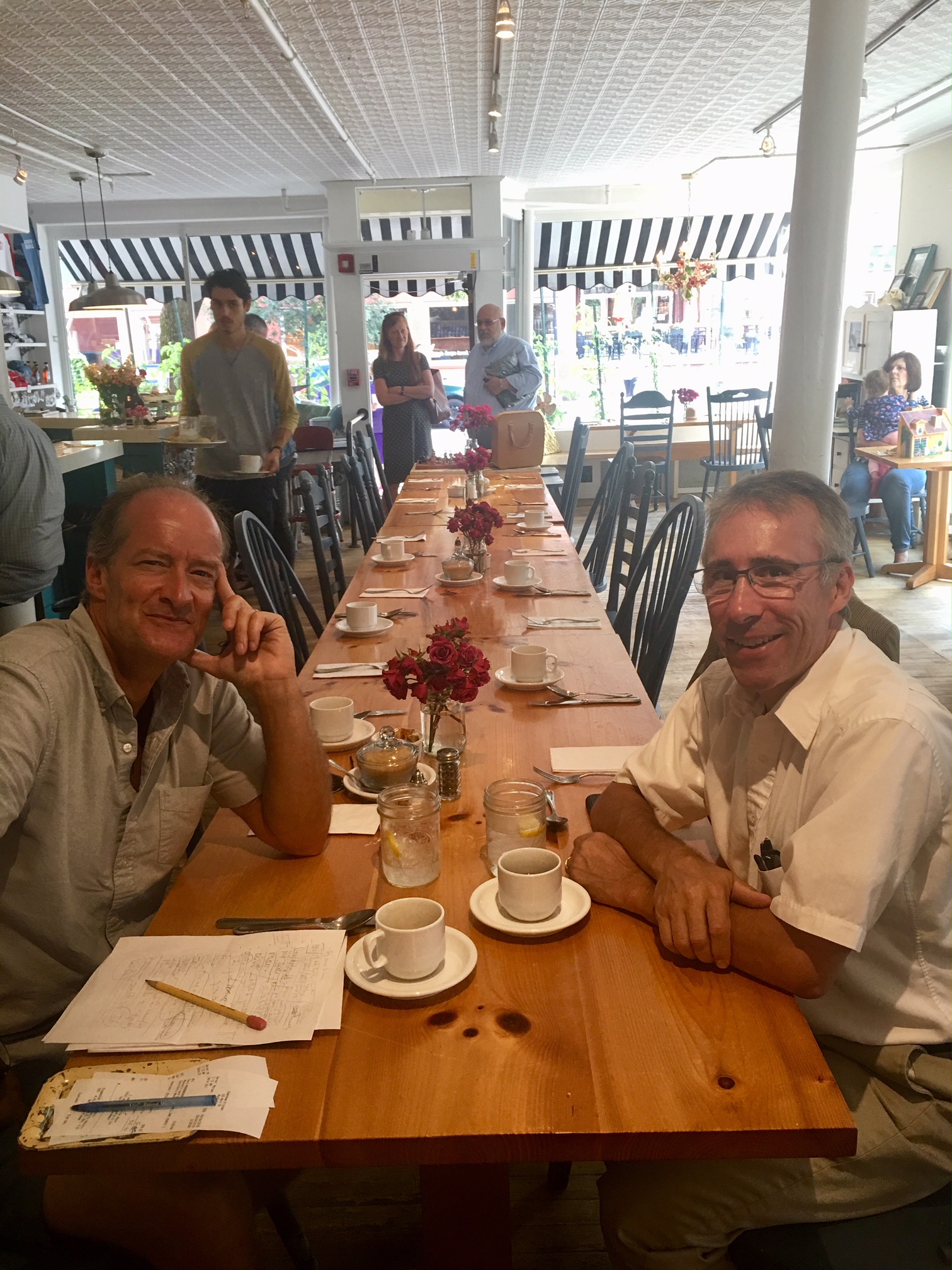 HV: Thanks for speaking with us, Jake. Can you give us a little background on you, personally and professionally?

JP: Thanks for this opportunity, Rob. I live in Burlington with my wife and two kids, and am trained as a lawyer. I’ve been involved with the Verrnont Democratic Party for many years, as well as volunteering in a number of ways our Vermont community. Relevant for our purposes, I co-chair Governor Scott’s Marijuana Policy Commission, along with Tom Little.

HV: Speaking personally, how did you come to cannabis and hemp in Vermont?

JP: I was initially approached by one of the non-profit medical dispensaries about six years ago as it was attempting to establish itself in Vermont. As you know, it is extremely difficult for cannabis companies in general and non-profit operations in particular to generate and attract the capital needed to build a viable business. I had never been an advocate or opponent of cannabis, but the idea of providing relief to seriously ill patients resonated with me and I felt compelled by humanitarian concerns rather than economic interest to support the enterprise.

I provided an initial loan and became a board member and soon moved to serving as general counsel. As I became more familiar with the industry through my experience at the dispensary and attending conferences, I founded a consulting firm and began to lecture on the legal aspects of state-legal cannabis regimes, including for the Vermont Bar Association and at UVM. In 2016, I divested my interest in the consulting firm and left the board of the medical dispensary and my position as GC to pursue other interests. So, since 2017, my involvement in the cannabis realm has been focused on the work of the Commission.

JP: The Commission is making good progress. There are several big challenges in undertaking the task set for the Committee. These include the social stigma associated with cannabis, the general lack of knowledge about the processes involved, due to the opacity of both illicit and legal operations in the field, and the lack of reliable scientific and statistical research. Despite all these challenges, the members of the Commission, and in particular the staff at the various departments tasked with participating, have dug into the subject with an exemplary dedication to coming up with an objectively fair, efficient, and safe model for taxed and regulated cannabis transactions. After undertaking to gather the best available evidence, facts and examples of existing practices, the Commission is now moving into the stage where it will be crafting its ultimate recommendations for the December 2018 report to the Governor.

HV: What seem to be the biggest challenges for the MPC in charting a cannabis course for Vermont?

JP: There are myriad challenges, but the biggest is probably the failure of the federal government to accommodate the clear direction states have taken in rejecting prohibition and moving to a tax and regulate model. The continuing status of cannabis as an illegal, Schedule One drug poses the largest hurdle to crafting a workable paradigm that will allow businesses to thrive while providing the public with appropriate safeguards against illicit dealing, intoxicated drivers and access by youth. The lack of banking services due to the federal prohibition makes business operations less transparent. The balkanized system of legal and non-legal states also encourages illicit operations even in states that have legalized the sale of cannabis. And the punitive federal tax laws and high rates of insurance put additional pressure on legal operations that disadvantages them compared to illicit operators who are thereby incentivized to continue operating outside state-legal markets.

HV: The question on everyone’s mind – Is Governor Scott’s Marijuana Policy Commission in support of some sort of “tax and regulate” structure to create a hemp and cannabis industry in Vermont?

HV: Vermonters seem to be of many minds in charting a way forward for hemp and cannabis. How do you and your MPC colleagues balance competing ideas and recommendations?

JP: My co-chair, Tom Little, is very well respected as a fair-minded facilitator and from our very first conversation he was insistent on operating with the greatest degree of transparency possible, a sentiment I wholeheartedly support. So we have held all our meetings in public and invited public attendance and commentary. The Commission has three sub-committees and the chairs of those subcommittees have actively reached out for and entertained a wide variety of viewpoints through in­ person presentations as well as reviewing written materials.

HV: What about public input?

JP: We welcome input from the public as well as businesses planning on participating in any market that might develop in Vermont. To speak specifically to the point of balance, my experience is that the touchstone for all the members of the Commission and its subcommittees has been “what does the evidence show?” For example, there is an understandable desire to establish a standard limit for the amount of THC present in the body for determining a per se finding of intoxication. However, every member of the Commission understands that there is currently no scientifically valid metric that can provide this. That’s not to say that a policy argument couldn’t be made, as it has been in other states, that it is appropriate to select a standard despite a lack of a provable link to an individual’s actual level of intoxication, but there is not an attempt to ignore the facts and science that are available. So any balancing really comes down to finding the answer to the question of where does the weight of the evidence lead us?

H.V.: Are there some larger lessons here?

J.P.: This situation is a good example of how there are, and will continue to be many unanticipated developments in this field. To me, this means that any system that is ultimately adopted needs to have a dynamic flexibility built in. At this point, the discussions I have heard at Commission meetings have been more general without addressing this specific example, but the principle of providing as much opportunity as possible to as many Vermonters who wish to participate in this industry is definitely a top line priority.

Anyone who has attended the meetings of the Commission or its subcommittees has seen that there is great sensitivity to the sentiment that Vermonters will not likely be happy with a system that favors a very few large operators to the detriment of smaller entrepreneurs. In fact, the Governor’s Executive Order establishing the Commission specifically directs the exploration of opportunities for Vermonters to participate under a tax and regulate model. My assumption is that if a tax and regulated regime is adopted in Vermont, there will inevitably be opportunities for additional licensed operators to handle “hot hemp.”

H.V.: Thanks for speaking with us, Jake. We look forward to the oral updates from the three subcomittees this week, and the subsequent public conversation, which will no doubt be vigorous.