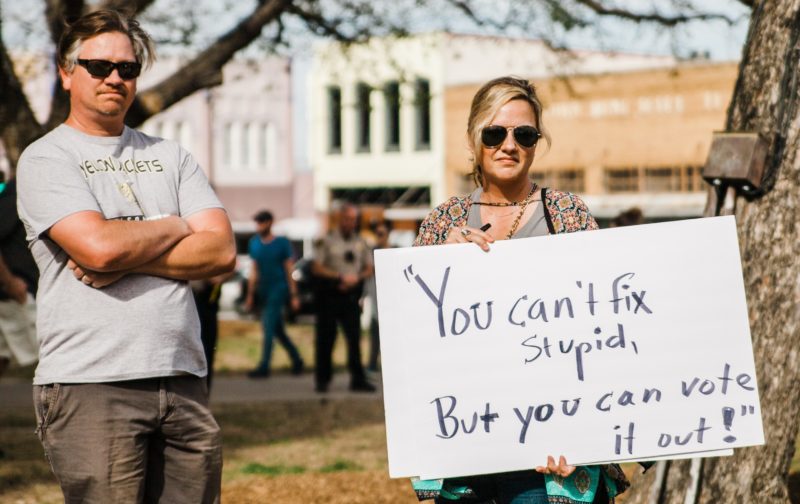 Following unexpectedly high turnouts for the Tuesday primary elections in Vermont, Democrat Christine Hallquist became the first transgender nominee for Vermont Governor backed by a major political party in the United States. In defeating four other Democratic candidates, Hallquist earned more total votes than incumbent Governor Phil Scott, who soundly defeated challenger Keith Stern in the Republican primary by a margin of about 34%.

“Tonight we made history, we really did, and I’m so honored to be a part of this historical moment,” said Ms. Hallquist after clinching the nomination.

The total results of the Democratic Gubernatorial race — the most watched and highly contested statewide race — showed Hallquist with a total of 27,459 votes winning by about 21%.

Ms. Hallquist was one of the candidates to complete the Heady Vermont candidate survey, and in that survey, said that she supports a tax-and-regulate system for adult use cannabis and will push for one in her first term.

“We don’t need more studies on implementation, we need action. The prospective tax revenue aside, I believe that this is a public health and safety issue. With fentanyl laced marijuana making its way into Vermont, we must not delay in putting a tax and regulate system into law.”

Editors Note: Snopes fact-checking service has reviewed the claim that nearly all reports of fentanyl-laced marijuana use are based on faulty reporting, and no evidence suggests that its occurrence is in any way rooted in reality. Heady Vermont is actively reaching out to the Hallquist campaign for clarification on her assertion of “fentanyl laced marijuana,” as well as following up with the Vermont Department of Health and Public Safety.

Although she said she would not mandate a specific implementation process, Ms. Hallquist confirmed that she would work to help those disproportionately impacted by prohibition citing the ACLU’s Smart Justice Program and would work to expunge those with cannabis charges that are non-violent offenders.

In stark contrast, Gov. Scott has said that he is totally opposed to any new cannabis legislation that does not address health and highway safety concerns. “We’re not ready, I don’t believe, for a tax and regulate system at this point in time. I believe we need to do more work in terms of addressing impairment on our highways,” said Gov. Scott during a debate last month. “We also need more education, we need to prepare ourselves and educate our youth.”

Lieutenant Governor candidates ran unopposed in both the Democratic and Republican races, setting up a contest between incumbent Lt. Governor David Zuckerman and former House Minority Leader Don Turner. As Lt. Governor, Mr. Zuckerman has been a longtime proponent of cannabis legislation, while Mr. Turner tried to set up a taxed and regulated market as part of an amendment to bill S.22. After the amendment was struck down, Mr. Turner voted against the bill.

Thanks in part to a candidate survey and media campaign by the American Civil Liberties Union of Vermont (ACLU-VT), there was a high level of attention and competition in the primary contests for the State’s Attorney.

In Bennington County, incumbent Erica Marthage held off challenger Arnie Gottlieb, who had criticized Marthage’s style, which he called “overzealous.” As Seven Days has reported, under Marthage’s leadership, Bennington County has imprisoned more people per capita than any other county in Vermont. In 2014 Chittenden county incarcerated 234 people per 100,000 residents, in Rutland that number was 325, but in Bennington it was 509.

Although some media outlets predicted a low voter turnout, Vermont exceeded expectations. During the 2014 midterm elections, Vermont set a record low turnout of 41.5%. In 2014, Vermonters cast about 7,000 total ballots cast during the primary elections. According to the Burlington Free Press, the Secretary of State’s office had received at least 15,200 ballots by last Friday. As of Wednesday, afternoon voter turnout was at 22.4%, well above predictions set by the last midterm election.