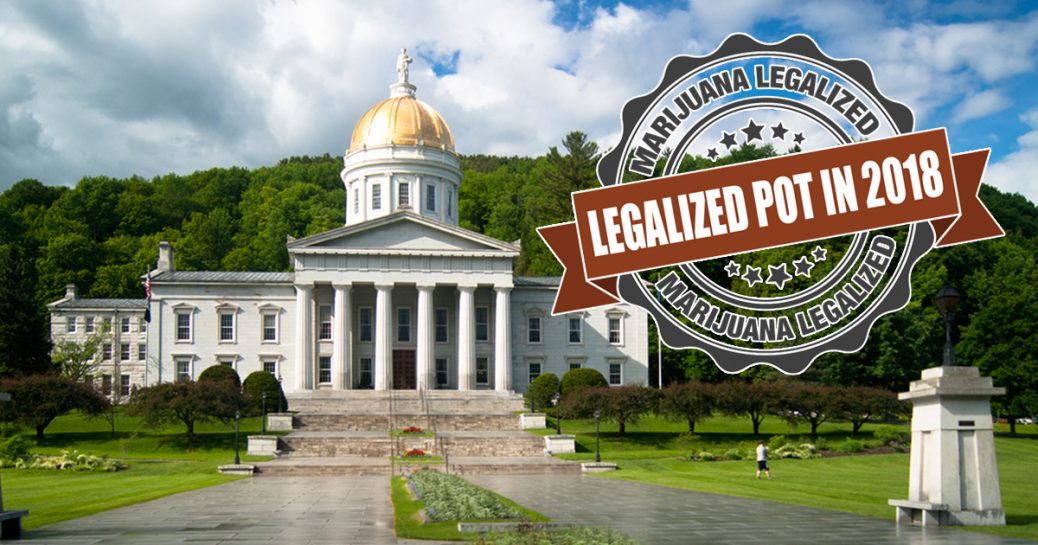 Poised to make the Green Mountain state greener, Vermont’s soon-to-take-effect marijuana laws promise to boost an industry that might revive its declining farms and stabilize the state’s agricultural economy. The buzz is palpable, the expectancy mind-altering, the air infectious. But beneath these budding dreams, swirl fears that the industry’s money-making potential will fuel the interest of Big Ag and Big Pharma, threatening to kill the vibe Vermonters are feeling, pressuring Vermont farmers’ commitment to clean growth and consumption, and challenging Vermont’s legislature to make laws to keep the green clean while supporting local cannabis businesses.

Consider Vermont’s Northeast Organic Farming Association’s (NOFA) goals for cannabis, including third party certification that ensures that cannabis remains free of carcinogenic pesticides, testing for plate count screening, and regulating for mold screening. But it can be “difficult to grow a crop to those standards,” says Mike Hoffman, co-owner of Northern Roots Nursery, who worries that Vermont farmers will be left out if Big Ag steps in, bringing GM cannabis plants and seeds and pesticides and herbicides. Mr. Hoffman believes the market has “a lot to offer,” especially financial stability for Vermont farms struggling to meet demands placed on them. He sees Vermont especially poised to lead the nation in establishing and maintaining a clean cannabis industry by learning from the mistakes of other commodity markets, and passing legislation that will prevent big businesses from “owning the market” and stealing opportunity away from local Vermont farmers, which would create market pressures on small growers to use pesticides and herbicides to boost their crop harvests to be able to afford to compete.

Because of their record of genetically modifying food stuffs and formulating pesticides that are linked to cancer and other diseases, glyphosate in particular, Monsanto seems to be the name on the tip of everyone’s tongue. Some of these fears can be put aside for now. Monsanto Corporate Engagement spokesperson, Charla Lord, said that, “Monsanto is not working on GM marijuana and has no plans to genetically modify cannabis.” Bayer, currently working on the legal aspects of their take-over merger with Monsanto and its assets, also denies any interest in entering the cannabis industry. Utz Klages, Head of External Communication for Bayer, added that “with regard to our agricultural business, growing of medical marijuana should only be undertaken where the legislation allows this in alignment with the specific laws under state control.” Mr. Klages’ answer suggests new questions: If the United States federally legalizes the plant, would Bayer’s lack of interest change? And what of Canada? Is Bayer eyeing a possible relationship in Canadian markets set to be open for business in October? Mr. Klages reiterated his denial, restating that Bayer is “not interested in the cannabis market.” So while genetically modified cannabis isn’t a factor for now, what is Vermont doing to ensure that the cannabis grown and distributed here will remain local and chemical, mold, and fungus free?

“The Vermont Senate,” explained Senator Tim Ashe, “has voted several times over the last few years to enact a seed-to-sale regulated system for marijuana,” and urged that members of the cannabis industry should work with a hesitant Governor Scott and cautious members of the House in persuading them to write into law economic, social, and medical health benefits for creating a system that would ensure the quality of the plants and their derivative products. The Senate has begun to use the “Agency of Agriculture,” Ashe noted, “to begin to develop testing procedures both for medical and non-medical marijuana.” Senator Ashe expects these questions to arise again in the 2019 session, but he offered no insight into how the Senate would work toward moving these bills through the House or across the Governor’s desk.

Representative Jean O’Sullivan, meanwhile, “an enthusiastic supporter of recreational cannabis,” is working on “rational planning” that will answer the concerns of her constituents. She sees what she believes is a “comprehensive approach that supports small entrepreneurs,” and gas gleaned wisdom from discussions with Commissioner Jennifer Flanagan of the Cannabis Control Commission of Massachusetts. Rep. O’Sullivan promises to release details of the plan as soon as she receives the document from the Commissioner.

Lt. Governor David Zuckerman’s office sees clean cannabis as “a very important issue,” and commended Heady Vermont’s commitment to inform the public and encourage participation in developing laws and policies that will support a local industry. Although unfamiliar with the plan O’Sullivan mentioned, Zuckerman advocated several initiatives beyond the current law that legalizes self-production and possession of marijuana. To protect small, local farms in their endeavors to dedicate part of their cultivating operations to growing cannabis, Zuckerman would like to see a more regulated system of growth to retail come into existence with “provisions that require Vermont ownership” of any grow facilities and that “limit the size” of grow facilities “to keep big business production systems out.” He stated that in past Senate versions of bills relating to creating a legal cultivation system, there weren’t necessarily provisions to help farmers change over their farms, but many in the Senate have “supported a co-op system that would open the way for fewer hurdles” for smaller farmers to break into the new market. He cautioned that a larger, complete cultivation system from grow to retail would create more regulations, but a smaller cultivation system, requiring size limits, would have fewer regulations than larger ones. Although Zuckerman’s wish list won’t be formally discussed until the next legislative session, he explained that Vermont legislators are communicating with lawmakers from across the country and even to the North in Canada. Colorado, California, and even Canada have offered input into ideas and methods that work. One thing that Zuckerman is sure of is that “we want very clear labeling with respect to dosage and strength to make sure that there is as much information available to the public as possible.”

Without a clear direction as of now for growing, processing, certification, and distribution, potential ideas, policies, and laws are still being considered and written by those who believe in the potential of this burgeoning economic and health boon for Vermont.

As Vermonters look ahead to the opportunities that a legalized, taxed, regulated cannabis and hemp industry might provide for Vermont farmers, jobs, tax relief, and tourism, let’s join together this weekend to celebrate July 1, 2018, and the legalization of cannabis for personal grow and use. And keep your eye on the future of cannabis and hemp in Vermont – it promises to be heady!