“Vermont Means Quality Across The Board, Cannabis Included.” An Interview With Progressive/Democrat State Senate Candidate Steve May from Chittenden County 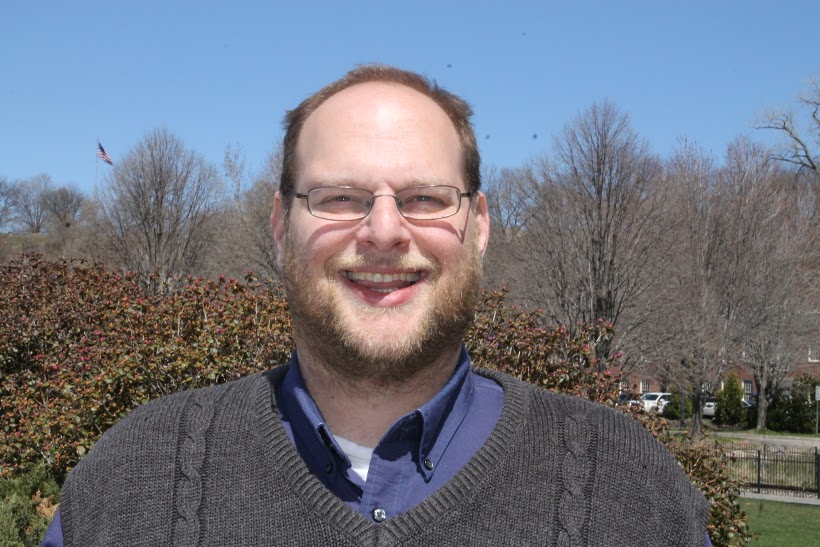 Q. Who are you, and why are you running for public office?

A. Hi, my name is Steve May and I am a Progressive/Democrat running for the State Senate in Chittenden County. Fundamentally, I believe we are in a moment of crisis. The opiate epidemic roars on, claiming more and more lives. Healthcare costs spiral out of control. Everyone seems to be talking about affordability but no one can decide what affordability actually means. Vermont wage earners work harder for less and are falling further behind. I believe it’s important that citizens who can stand up and serve should do so.

Q. Describe your relationship to cannabis and hemp – what “value added” do you hope to add to the Vermont hemp and cannabis landscape, and bow?

A. Professionally I work as a therapist. I am a clinical social worker with 15 years experience primarily in addiction medicine treating addicts, alcoholics and their family members. I am also a member of the coalition at Regulate Vermont.  As a mental health provider, I came to the conclusion long ago that the so-called “War on Drugs” has been an abject failure. This also informs my belief that addiction and compulsivity are medical issues and should be treated that way.

This all became clear for me about a decade ago, when I was doing some advocacy work in the bleeding disorders community. I was privileged to have served as both the Director of Advocacy for the New England Hemophilia Association and then became the National Director of State Affairs for the Hemophilia Federation of America. In this role I was working with men of a certain age (now all 35+ years old) who contracted HIV and Hepatitis C when they received tainted blood products in the 1980’s and 1990’s. Many of these community members used underground cannabis to manage daily symptoms ranging from pain to appetite instead of traditional opiates which they found to be too toxic for their compromised internal systems.

I had two immediate takeaways from this time relative to cannabis:

I believe that my professional experience give me a kind of natural credibility that fellow cannabis supporters have lacked over the years in advocating for the end of prohibition. Please understand that I am not implying that they aren’t effective, G-d knows that many of them are my friends, and to watch them work has been amazing; but, very few of our folks have actually had clinical credential after their name and have been willing to engage in this conversation. When our opponents try to tie opiates and cannabis together, I feel strongly that I can speak with a kind of authority others might lack.

Q. You’ve thought long and hard about the future of hemp and cannabis here in the Green Mountains. As Vermont moves towards July 1, 2018 legalization of personal grow and use, where do you see Vermont going next with hemp and cannabis?

A. There are a series of “second generation issues” post-prohibition. For one, Vermont cannabis businesses need access to credit. Right now, accessing banking services is tricky because most are underwritten by the federal government in one way or another. Providing financial services to a cannabis business could be construed to be a violation of federal law. Another legal question with wide ranging implications will be the process by which we determine when exactly a cannabis user is impaired. How you define impairment has wide ranging implications for that individual for sure, but as a societal matter we need to give this some careful thought.

While this most often comes up in the context of a motor vehicle stop, but other implication involve questions of capacity and whether and one can enter into a legally binding contract.  Both of these scenarios raise questions about mental capacity under the influence of cannabis. We also to give some thought to public safety questions, because if we are not proactive in considering public safety others will fill that vacuum, so it’s essential that people who care about nurturing responsible use of cannabis have an answer when we confront the idea of a standard for misuse and its consequences.

Another interesting question will surround tax and regulate legislation. How do you want to buy your product in the future…? Do Vermonters want the State of Vermont to be the primary vendor for legal cannabis products the way New Hampshire sells alcohol? Do we prefer outlets sanctioned by the state somehow, the way liquor stores work now?  And then there is of course the question of medicinal use, and how that system will impact the recreational market. To be fair, it’s likely a matter of how- not when or whether. It will happen and in ways we haven’t even thought of yet.

The final question has to do with the availability of edibles. There will be growing pressures to permit a pathway to regulate edible cannabis products but there is no clear consensus detailing the pathway forward. How will these products come to market in Vermont (because one way or another), they will seep into the marketplace?

Q. Are you satisfied with the pace with which the Vermont state government has rolled out medical and (soon) recreational cannabis legalization?

A. No. Not really. At this point I would call the pace glacial. That honestly may not be fair to the glaciers. Vermont is on the verge of losing its spot in the marketplace. Vermont means quality across the board. Vermont skiing, Vermont beers, Vermont cheese and yes, Vermont cannabis all made-in-Vermont products with significant global profiles. Nobody at Cabot Cooperative or Ben and Jerry’s would let their entire industry get lapped due to inertia.

Legal cannabis is going to drive huge financial gains in Vermont as dark money makes its way into the legitimate economy. Frankly, this goes beyond the product itself. Agri-tourism opportunities are abundant and those opportunities have been slowed up by a regulatory approach that leaves much to be desired.  In addition, ancillary industries which have started in advance of full legalization have been able in some cases to take advantage of post-prohibition opportunities in other places; but from a Vermont perspective, they are treading water. With a complete end to prohibition, these merchants can fully emerge from the underground economy.

A. I am willing to take the Governor at face value that he was concerned about buzzed driving and public safety. Whether intentional or not, it has served to slow down the process, and I am not necessarily sure how much new information is being generated as a result of the commission’s work. Nobody will ever be able to say that this process did not get a thorough vetting by lawmakers and opinion leaders in our state when it’s done.  I think we are well past the issue spotting process – we need to transition into solutions and consensus.

Since this process has started in Vermont, Massachusetts and Canada will end prohibition before the legislature returns in January. Legal cannabis is on our borders. For that matter, Maine also has full legal access to cannabis. Somebody planning a ski weekend may very well take into consideration whether they can use cannabis products legally. For someone choosing between Sunday River or Owl’s Head and Stratton that may make the difference in where they choose to go. We are losing those tourist dollars right now. In all practical terms, this may be the enduring legacy of the Governor’s commission.

Q. What are the biggest obstacles to a legal, regulated, taxed cannabis and hemp industry in Vermont, in your mind?

A. So, from an institutional perspective, I would say the largest challenge is the federal government. One day, Trump stands up and says that he supports full legalization, the next US Attorney General Jeff Sessions walks out and says that “good people don’t use pot” and looks like he’s about to squash the green rush. The mixed messages coming from DC are really problematic. Every Vermonter that cares about the cannabis economy should call our members of Congress and ask them to co-sponsor the Gardner-Warren bill ending prohibition on cannabis.

Q. What advice do you have for Vermonters interested in hemp and cannabis agri’preneurialism?

A. In a word (or two) do it! Vermont is a good place to start a business, it’s a good place to start a family, and it is a good place to lay roots. There is a community of growers and merchants working around cannabis and hemp, people who seems especially generous with advice. We often use the word “community” almost as a throw away phrase, but in this case I think that there is a real sense of actual togetherness – Vermonters pulling for success for other Vermonters when possible. I think that extends even to other business decisions – if one has the choice to do business with a Vermont-based company or a business outside the state, and the cost and service are roughly the same, I think folks prefer to support the local economy when possible and lean towards working with other Vermont vendors.

A. There has been so much attention on the end of prohibition, I feel like hemp has gotten lost a little bit. I am extreme bullish on the future of hemp in Vermont. First of all, the different types of product that can be created from hemp are nothing short of amazing. Paper to rope to construction-grade concrete – hemp is just amazing. It’s critically important that we support the creation of an infrastructure that allows untreated hemp to be transformed for the marketplace by working with public and private sector partners.

Q. How can Vermonters support your campaign?

First of all, VOTE! Every day from here on out is Election Day. You can go and vote at the town clerk’s office in your community in person, it’ll take less than five minutes and you’re in and out… If you live in the Chittenden Senate district (all the towns of Chittenden County except Colchester and Huntington) I’d love to have your support and maybe the support of half a dozen of your closest friends. If you live elsewhere in the state and know folks living in Chittenden County, please spread the gospel about Steve. The Chittenden Senate race especially is about name recognition so telling your friends about our race is so valuable. It goes without saying that political campaigns depend on people and money, we are no exception. Contributions and volunteer opportunities are coordinated through our campaign website: www.stevemay.us.