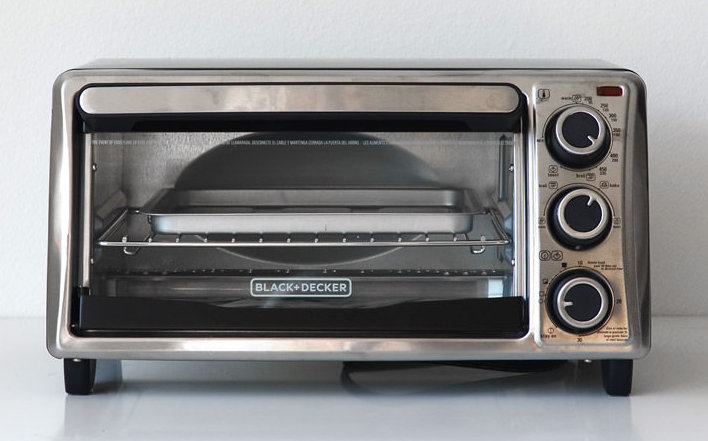 Learn about decarb and cannabis: Cannabis is a unique plant in a lot of ways. It is unmistakable in its appearance, is the only species in its genus (and one of only three genuses in its family), and produces a combination of effects on the human body that is arguably unequalled. Additionally, while it shares many constituents with other plants — its flavonoids and terpenes for example — cannabinoids are incredibly rare in nature, and Cannabis sativa expresses them in more abundance and variety than any other herb.[1] (continued below)

Start Infusing Treats, Sweets, & Desserts with The MagicalButter Machine! Plus, Get Free Shipping With Your Order

As with any herb, we need to consider its constituents to determine how to make the most potent medicine, and it turns out that cannabinoids need to be handled in a very unique way to become fully “activated.” Specifically, they need to be “decarboxylated” – or transformed from the acid form to the non-acid form – which happens slowly over time, but is hastened with the addition of heat.

Or do they? And if so, what’s the best way to do this? The cannabis community is certainly not known for unanimously agreeing on best practices, and theories around decarboxylation are no exception. I’m actually not super interested in joining this debate. Personally, I don’t think there is “one right answer” any more than there is “one right way” to grow or consume cannabis. Instead, I hope to share with you some of the different schools of thought around decarbing, as well as a few methods you can experiment with to help you discover the way that feels right for you.

The cannabis community is certainly not known for unanimously agreeing on best practices, and theories around decarboxylation are no exception.

Okay, so first of all, what the heck do we mean by decarboxylation anyway. Well, in a growing or freshly harvested cannabis plant, there is actually very little THC or CBD present. Instead, the plant expresses these molecules as THCA and CBDA, which means there is a little carboxylic acid group (COOH) attached to one side, like this (THCA is on the left and CBDA is on the right. Source: Wikimedia Commons): Very slowly over time, or very quickly when heat is applied, this little carboxylic acid group detaches and is released as CO2, at which point a new compound is born. These non-acid cannabinoids are said to be “activated,” which means that they are more able to bind to your cannabinoid receptors. In other words; (at least in the case of THC), no decarb = no high.

You do this naturally whenever you smoke or vaporize cannabis flower, and in edibles, the infusion and baking processes usually decarb a good amount of the cannabinoids present. Due to its necessity in facilitating a psychoactive effect, fully decarboxylating your buds has gotten a lot of emphasis in the cannabis industry, with the acid forms of the compounds often dismissed as being worthless, or inactive — the prevailing logic for a long time said that if you’re not decarbing, you’re wasting your flower.

But it turns out that THCA and CBDA might both have therapeutic properties worth looking at (Devitt-Lee 2017). Our friend from Maine, Dr. Dustin Sulak recently published a study with two other researchers that documented the use of THCA alongside other treatments to control seizures — it was found that only .1-1mg/kg was required to achieve results, revealing that much lower amounts of this compound were needed compared to other studies involving CBD.

THCA has also been used to control pain, improve cognitive symptoms with Alzheimer’s, reduce migraines, and alleviate arthritic symptoms. In many of these case studies, THCA was present alongside other decarboxylated cannabinoids, suggesting that the two compounds probably work together in yet another example of the “entourage effect.”

Depending on your end goals, completely decarbing your flowers before you make your medicine may not be entirely necessary. It all hinges on whether your particular circumstance requires acidic or non-acidic forms, as well as how psychoactive you desire your medicine to be.

In interesting occurence of this synergy was discovered with CBD in a 2012 study, in which subjects were given either a heated or unheated capsule containing 10 mg THCtotal (THC + THCA) and 10–15 mg CBDtotal (CBD +CBDA) estimated when fresh. Turns out that subjects who had received the unheated version actually had peak plasma levels of CBD 4x higher than those who had received the heated capsule (Eichler et al. 2012). What this suggests is that the presence of acidic cannabinoids may actually improve the bioavailability and uptake of their decarbed counterparts. 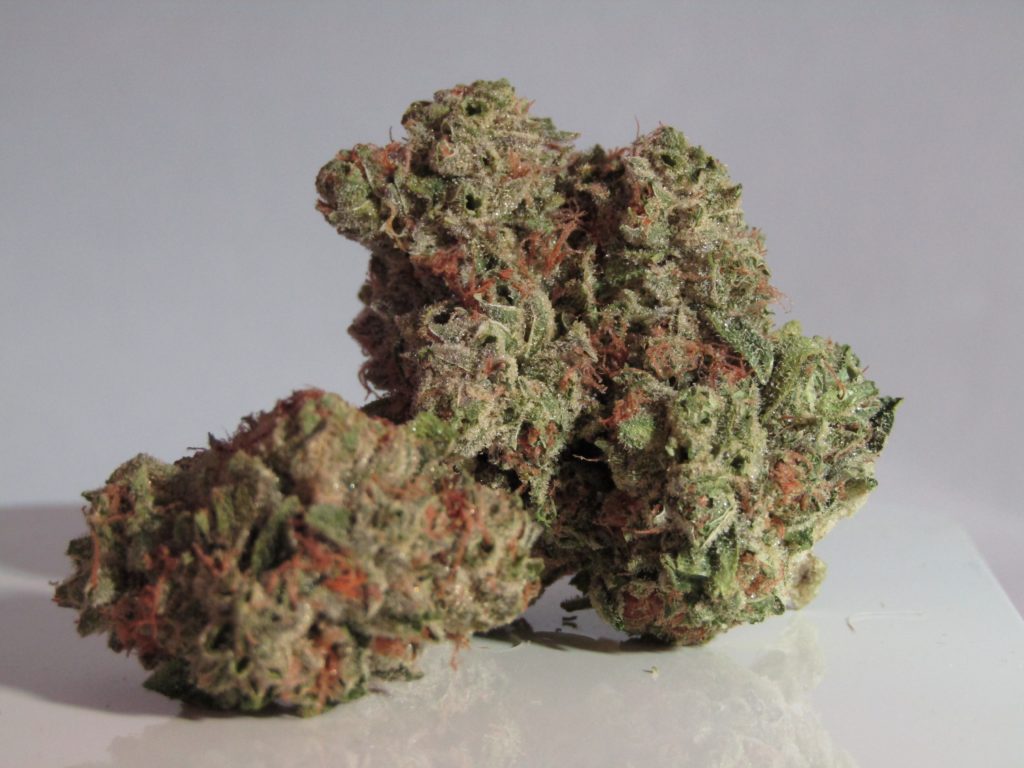 So, depending on your end goals, completely decarbing your flowers before you make your medicine may not be entirely necessary. It all hinges on whether your particular circumstance requires acidic or non-acidic forms, as well as how psychoactive you desire your medicine to be. I’m sure in the coming years as the possibilities for clinical research expand, we will learn more about how best to make those determinations for yourself.

So if you choose to decarb, how do you even do it? Conventional wisdom, and most of the internet, tells you to lay out your flowers on a baking sheet or casserole dish, cover them, and bake them, but after that the advice spins off in all different directions. Different sources suggest anywheres from 180 degrees for almost 2 hours to 290 degrees for 20 minutes, and all possible permutations in between.

Sponsored: Maximize Your Potency & Activate Your Herbs with the New Decarb Bundle! Get 10% OFF Plus Free Shipping

But why the lack of hard numbers? First of all, most folks giving these instructions are operating without testing, which is fine — they decarbed for a certain amount of time at a certain temp, they tried it, and it worked. That’s the beauty of medicine making, especially with a plant as noticeable in its effects as this one; we don’t have to have a lab when we can use our own bodies and experiences as metrics. Dial in the time and temp that feels good to you, and then do that. Also, its possible these folks were starting from very different moisture contents, and chemical profiles — for example, CBD likely decarbs at a different rate than THC (Wang et al, 2016).

I like referring to chart below, an oldie but a goodie straight outta 1990 from the Journal of Chromatography, that illustrates that decarboxylation occurs at all different temperatures and times. You may think by looking at this chart that we might as well just crank our oven up to 300 degrees and be done with it in 7 minutes or less, but remember that it’s not the only cannabinoids we’re going after — most volatile monoterpenes will evaporate at temps this high. If we go to the extreme of low and slow, however, keeping things at a cool 176, we may not be able to achieve the kind of decarb we want. A happy middle ground seems to happen around 250F for 30 minutes. 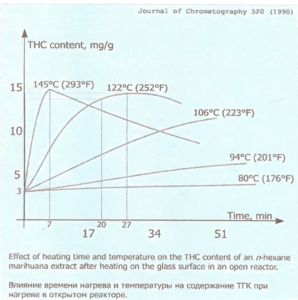 There are many more studies with conflicting results that I’d suggest you peruse if you want to geek out, but I warn you that if you read too many you’ll end up cross-eyed. Just remember that for the home medicine maker, the above chart should give you a good starting point to experiment with, and that its probably ok if you don’t 100% decarb your flower.

So that brings me to the vessel you choose to decarb in. The DIY-or-die mentality in me first wants to say that you probably already have what you need. If you have a baking sheet and some aluminum foil, that will do. If aluminum freaks you out (and I don’t blame you), then a glass or ceramic casserole dish with a lid is your new best friend.

A mason jar in a hot oil or water bath is another option, if you think you can maintain the temp of the surrounding liquid somewhat consistently and keep the jar submerged. The trick is to try and make it as airtight as possible so you’re not losing cannabinoids and terpenes to the air, which, in addition to making your medicine less potent, will make it very obvious to your neighbors what you’re up to. Ovens, of course, while available to most everyone, fluctuate quite a bit in their temperature (which may also add to the variability in the temps and times recommended). In at attempt to make precision decarbing available to the layperson, a company called Ardent has launched a home-scale decarboxylation machine known as The Lift.

The cool thing about The Lift is that it is airtight so it doesn’t make your house smell like weed, and it maintains a constant internal temperature that they claim fully decarbs your flower in a little over an hour, the same way every time. For beginners, it can be a good option to take the mystery out of medicine making, although it doesn’t really allow for customization the way an oven does, and it can only hold up to 14 grams of flower.

Finally, I would suggest that if you plan to infuse your cannabis into oil (the subject of our next chat), and you care about getting a full decarb, you may want to cook your cannabis first before putting it in the oil. The reason is that some oils (like olive oil) really don’t want to be at high temps for very long — they can become destabilized and pro-inflammatory if pushed too hot for too long. However, if you’re ok with a partial decarb, then it’s probably fine to skip putting your flower in the oven and make cannabutter the old fashioned way, combining your decarb and your infusion into a one-step process.

I hope that rather than thoroughly confusing you, that I’ve inspired you to start experimenting. Becoming a medicine maker is partly learning how to be a scientist, with your body a homegrown testing lab. It’s about learning more about ourselves, our needs, and our abilities.

Each of us is unique, just like the cannabis plant, and our particular constitution may respond to different rations of acid- to non-acid cannabinoids. Not to mention whether our day-to-day lives are more suited to a push-of-a-button machine or an afternoon spent in the kitchen (Note: as a beyond-busy mother of a toddler, I make no value judgement here).

So, I invite you to take this as a starting point, play around with different permutations, and find out what works best for you. Next time we’ll dig deep into oil infusions, so be prepared to get messy. Until then, happy decarbing!

Ready to make some cannabutter – with or without decarb? Check out our recipe.

Devitt-Lee, A. (2017, May 31). Dosing THCA: Less is more. Retrieved from https://www.projectcbd.org/science/cannabis-dosing/dosing-thca-less-more

Veress, T., Szanto, J. I., & Leisztner, L. (1990). Determination of cannabinoid acids by high-performance liquid chromatography of their neutral derivatives formed by thermal decarboxylation: I. Study of the decarboxylation process in open reactors. Journal of chromatography A, 520, 339-347.

[1] Many plants contain compounds that interact with our endocannabinoid system, such as the alkylamides in echinacea or the beta-caryophyllene in black pepper, but these are not technically cannabinoids in their chemical structure. Helichrysum umbraculigerum has been discovered to produce the precursor cannabinoid CBG and while this molecule has therapeutic potential on its own, this plant not appear to contain the enzymes necessary to convert CBG into other cannabinoids like THC or CBD. Finally, Japanese liverwort, or Radula perrottetii has been found to contain a structural analog to THC with binding affinity to the CB1 receptor (Russo 2016).