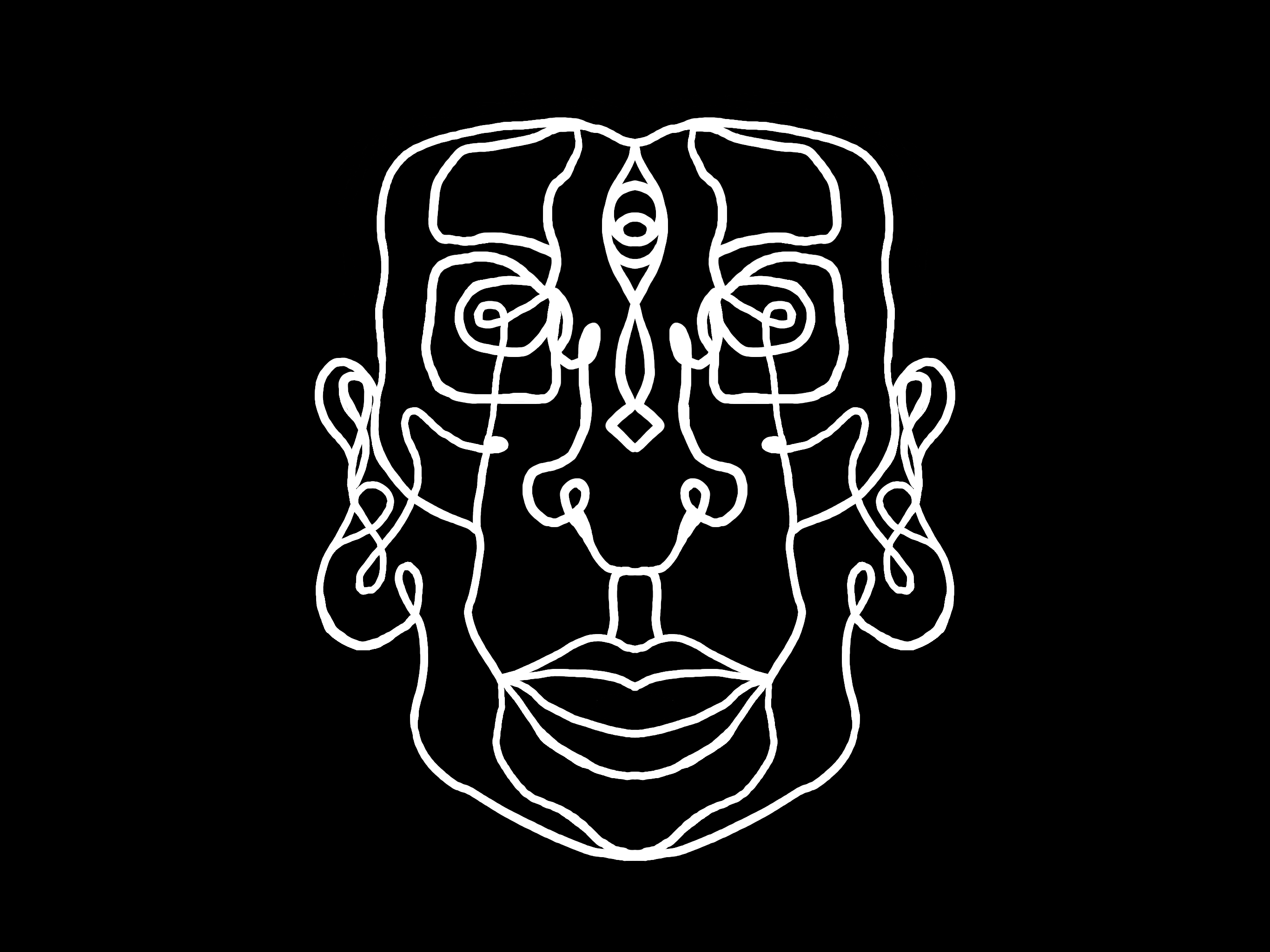 What stands out for us about Zachary Lloyd Warner’s work is that while it’s suffused with patterns and energy, and dives deeply into explorations of archetype and metaphor, it’s still grounded in the soil and stone and integrity of Earthly reality. He carries with him an innate understanding of the cycles of nature, and the truth that we are beings of both stillness and growth, consistency and transformation.

HVT: What is your personal background?

ZLW: I was born in New York and raised in Connecticut. I moved to Vermont for school where Burlington became the place where I “grew up.” The years I spent in Vermont helped to shape my conscious awareness and allowed me to connect with like-minded creatives. It also allowed me to explore internally which led to a clear and concise idea of where my path was going to lead. I have a background in photography mostly, but the repetition of certain symbolism and motifs pushed me to represent my artistic transmissions in many different ways.

HVT: It’s clear that you’re deeply steeped in Eastern spirituality. How did you first encounter that world view/perspective/tradition? What resonated most deeply for you?

ZLW: I originally encountered Eastern theology through a first year college course, which seemed to act as a catalyst for my passionate exploration for perspective. I had always been interested in alternative foundations of reality, and through my daily approach to humility and understanding I was able to learn an inordinate amount about how special an individual’s spiritual truth is.

I was swept by the teachings of Eastern spirituality as it seemed to mirror my Western upbringing, yet the symbols and stories bore different shapes and names. What resonated so deeply was the sense of ritual and the amount of weight that such symbols held was breathtaking. The reflective nature allowed for external entities to hold internal importance, images become personifications of an individual’s spirit that then led to connection and growth. The emphasis on mindfulness liberated my spirit in the process of trying to understand my own outlook on life and death.

From there I became enthralled with cultural depictions of tribal belief and religious representation. Everything from Native American tribal patterns, to Berber and Kalinga style tattoos, to the Thai fiery motifs, as well as Tibetan ornament and Chinese floral elements, all are outstanding portrayals if unique cultural and religious discourse. HVT: When you write “The art embodies symbolic and ritualistic reflections of theology, spirituality, and conceptual belief,” that’s clearly at the core of your life and work. Can you talk about that a little more? What are you working to communicate with your audience?

ZLW: My intention biggest intention in sharing my work is to spark a conversation. Ideally there is something about the image that resonates so deeply that there is a motivation to go deeper. A lot of my work doesn’t necessarily spell out its meaning, but with reflection and speculation the viewer is able to obtain a sense of substantiality that may or may not deserve explanation.

Essentially what I mean is that there is a unifying element to the experience, which allows people to have a communal approach and conversation about such images, yet there is an acknowledgement of the individual’s unique response to certain symbols or images and how that individual’s response gives insight into their truths. HVT: What’s your personal and artistic relationship to Vermont?

My relationship with Vermont starts at the university, where I began my studies on both an artist and a personal front. I entered the university seeking an education in social studies, a more in depth analysis of the social and cultural constructs that shaped our realities. Along with these practical studies I continued to pursue my artistic passion in William’s Hall, where I began my journey through film photography. I also indulged in other mediums such as paints, pastels and even clay wheel-throwing.

Over the 5-6 years I spent in Burlington I had the pleasure of working closely with a number of businesses downtown, utilizing both graphic and photographic services as a means of increasing my experience and integrating myself with the local scene. I also worked with a screen printing company for quite some time, creating clothing and designs for a broader clientele.

HVT: What’s your relationship with cannabis?

ZLW: I have a long and beautiful relationship with cannabis, being an intentional user for over a decade. It has been both medicinal and inspirational in many ways and has lended a helping hand throughout my creative process since the beginning. I even had the pleasure of working for one of Burlington’s headshops for a number of years, which also allowed me to integrate with a very special demographic in town.

Since leaving Burlington I spent some time abroad in Southeast Asia and upon my return I jumped directly into the MMJ community here in Maine. This opportunity allowed me to understand a plant and a medicine from a completely different perspective.

As a medical marijuana cultivator I learned what it means to take pride in your own process, not just for your own benefit but for the safety and health of those using cannabis with the intention of healing or coping. I quickly learned what separates “weed” from true cannabis, a lot of which is intentionality. Cleanliness and care are not to be undermined in an industry that depends on quality for sustainability and growth. HVT: What’s your vision for cannabis in Vermont?

ZLW: I’m excited to see how the future of cannabis in Vermont progresses. The next few years look to be exciting, with the recent law passing Vermont proves that it is not far off from establishing a similar legislature to neighboring states. I would love to see it bring life to a community that prides itself on its locally organic produce. It has been a long time coming for the Green Mountain State.

If I could have any involvement in the growth of the medical and recreational realm then I would happily get involved and give back to the state that has given me so much.

HVT: Where are you based, and how can people best see/experience your work?

ZLW: At the moment I’m based in Southern Maine, living and working a bit off of the grid. I’ve been accumulating a large inventory of digital works which are available for viewing on my website and Instagram. I hope to turn the corner this year and start taking a lot of the conceptual work from digital to tangible by creating physical pieces such as murals, prints and canvases.

I aim to be able to integrate my work into the conscious community by means of decorating certain sacred spaces and adorning people’s personal temples by way of clothing and textiles. I also enjoy doing custom commissions for companies and artists in the form of logos and cover art. Lots to look forward to as certain collaborations are already in the works.