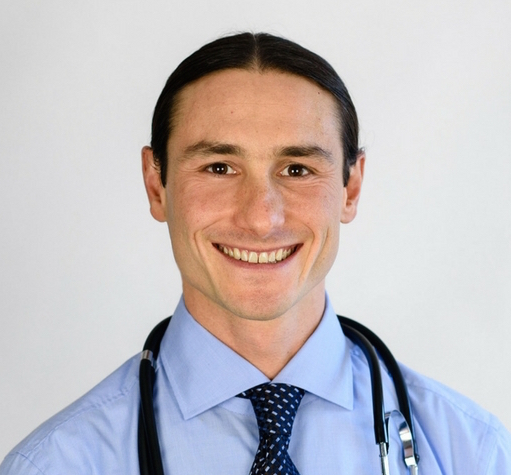 Dr. Dustin Sulak brought his medical cannabis expertise to Burlington City Hall’s Contois Auditorium on Friday, to illuminate the role cannabis could play in stemming the national opioid crisis. Sulak, an osteopathic physician, began his private practice in Maine in 2009, coinciding with the state’s expansion of its medical cannabis program to include chronic pain. Sulak explained that he was one of the few doctors in the state, through his clinic Integr8 Health, willing to provide recommendations to patients under the new regime.

“It’s been incredible,” Sulak said, describing his foray into cannabis medicine. “I started seeing clinical results I had never dream of – not because I was a great doctor but because I was working with an effective, versatile medicine that was very safe.”

Sulak said he has helped more than 18,000 patients during his nine years working with medical cannabis, ranging from children to the elderly. Sulak’s research as it pertains to opioids – derived through data from his website Healer.com – found that of 542 opioid users who added cannabis, 39 percent were able to completely stop using opioids and the same percentage were able to reduce their opioid use. Another 80 percent found that cannabis use led to “improved function” and 47 percent reported pain reduction of at least 40 percent.

According to Vermont Department of Health data, there were 124 opioid-related deaths in 2017; down 6 percent from 132 deaths the previous year. However, deaths related to the prescription opioid Fentanyl increased from 49 in 2016 to 67 in 2017.

Citing Centers for Disease Control data, Sulak noted that opioid sales in the U.S. quadrupled between 1999 and 2010 along with the opioid-related death rates. Sulak said the root cause of the usage spike was due to pressure “to treat the so-called fifth vital sign of pain.”

“The pharmaceutical industry really hoodwinked us and took a very small bit of data from a patient setting and applied it to everyone,” he explained. “[They] said ‘Look, this stuff is safe, there is no dependence.’ The author of a letter to the New England Journal of Medicine now regrets it because [the pharmaceutical companies] use it out of context.”

That letter, penned by Boston University Medical Center physician Hershel Jick, appeared in the Journal in 1980.

“Recently, we examined our current files to determine the incidence of narcotic addiction in 39,946 hospitalized medical patients who were monitored consecutively. Although there were 11,882 patients who received at least one narcotic preparation, there were only four cases of reasonably well documented addiction in patients who had no history of addiction. The addiction was considered major in only one instance. The drugs implicated were Meperidine in two patients, Percodan in one, and Hydromorphone in one. We conclude that despite widespread use of narcotic drugs in hospitals, the development of addiction is rare in medical patients with no history of addiction,” the letter says.

Jick has since called the letter “very near the bottom” of his “long list of studies.”

“I’m essentially mortified that that letter to the editor was used as an excuse to do what these drug companies did,” Jick told the Associated Press last May.

Sulak pointed out that the U.S. has less than 5 percent of the world’s population but uses 80 percent of its opioids.

Throughout his 90-minute talk, Sulak pointed to studies that show cannabis and opioids could be used in conjunction: “By adding cannabinoids to opioids, we actually get a widening of the therapeutic index. The lethal dose stays the same, but the effective dose goes way down because cannabis potentiates the opiates. So now we’re playing in a much safer range.”

Sulak incorporated several studies that show cannabis could also be used as an exit drug for opioids. One 2014 study published in the Journal of the American Medical Association, found that medical cannabis access reduces opioid deaths by 24.8 percent.

“Cannabis is safer than Methadone or Suboxone (a pharmaceutical drug frequently used to treat opioid dependence). You can’t overdose on it,” Sulak said. “It lowers dependence more than any other psychoactive substance – so there has to be this acknowledgement that people who are seeking a psychoactive experience, they want to get high…cannabis is basically the safest way of doing this.”

Sulak explained that even CBD – which is not a psychoactive compound – “reduces the rewarding properties of opioid drugs,” as well as withdrawal symptoms, and drug-seeking behavior.

“There’s a lot of evidence that cannabis can treat pain,” Sulak said. “Much less evidence to cure opioid addiction but that’s a gradient, it’s not either/or. I’m sure there is nothing that you can pass your lips with that will totally solve this problem – not cannabis, not anything – it has to be in context of other types of support like counseling, therapy, exercising, prayer, journaling…but when it comes down to it there’s these drugs, then there’s cannabis – and is it a choice? For so many people it is.”

The presentation was sponsored by Champlain Valley Dispensary.