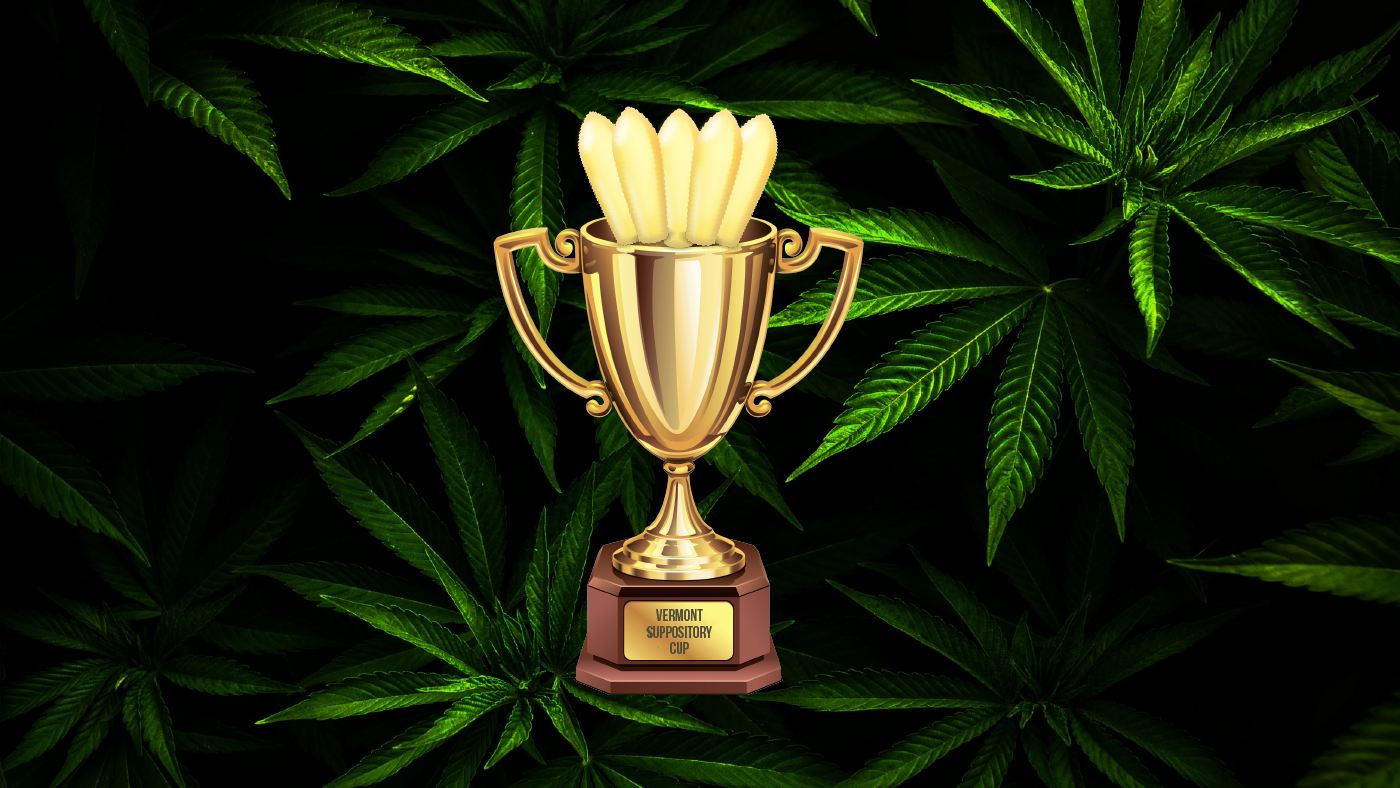 When Heady Vermont first announced that on December 1, we would be hosting Vermont’s first legal cannabis competition, The Headies, we thought that we were the first ones.

It turns out, we were WRONG!

The precise location of the event has been a widely-guarded secret, but thanks to months of investigative probing, Heady Vermont has learned that the cup will be taking place at 109 State Street in Montpelier.

To answer that question, consider these questions:

Full spectrum medical marijuana concentrates are some of the most fast-acting and powerful cannabis products available today, but an increasing number of people don’t want to smoke flower or take ‘dabs’ of shatter or wax or resin products and prefer discreet, delicious ingestible products such as edibles and tinctures.

According to deeply-embedded sources, the first suppository cup categories will include:

The winners will be announced on Sunday, April 1 at 11:59pm.

Will Heady Vermont be including a suppository category in its inaugural Headies competition this fall? Pucker up — and stay tuned!