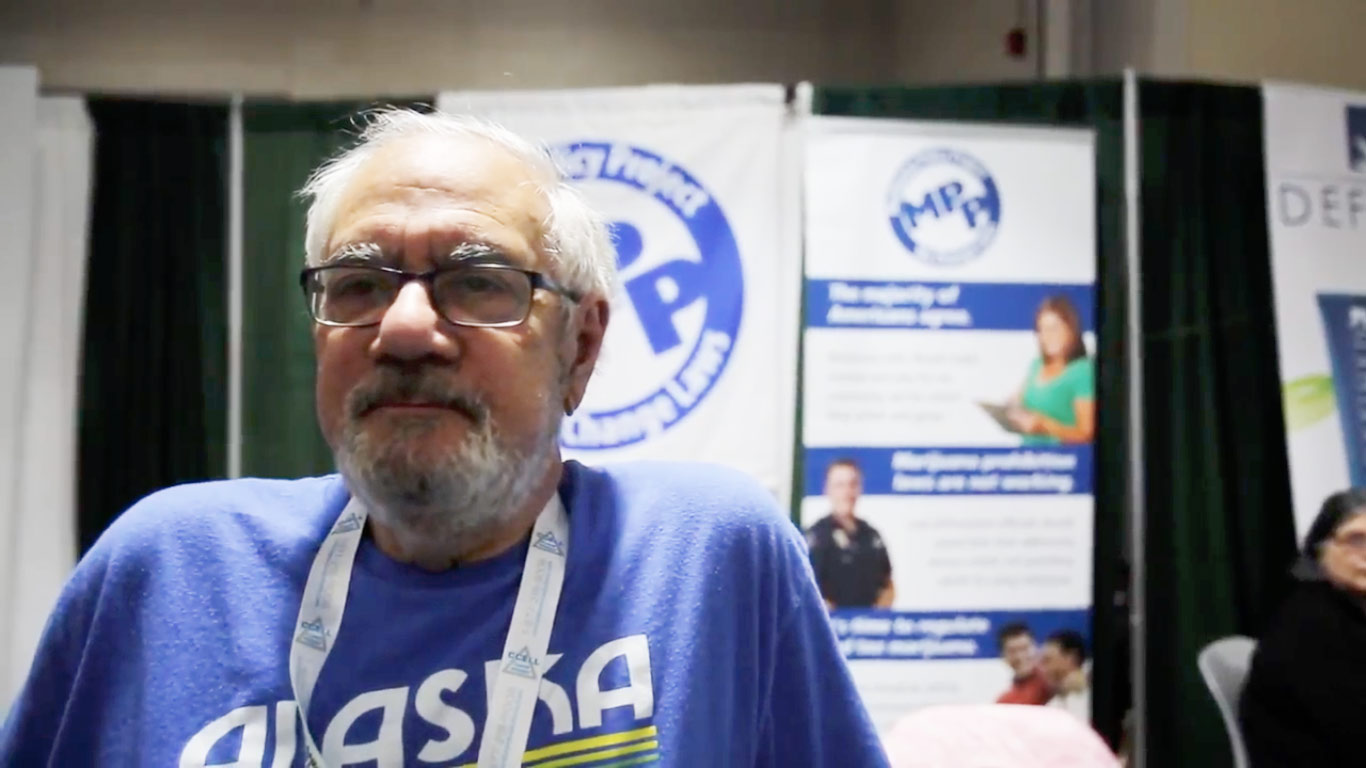 Among the thousands of attendees crowding the Hynes Convention Center last weekend in downtown Boston at Fourth Annual New England Cannabis Convention (NECANN), there was a singular face which stood out in the crowd.

Thanks to the keen eye of our Heady Vermont table volunteer and friend “Jack Herer” of Rolling Flower, we managed to meet up and chat with former Massachusetts Representative Barney Frank.

Representative Frank is a longtime outspoken advocate for cannabis reform and champion for LGBTQ rights. He became the nation’s first openly-gay Congressman after coming out in 1987, and the first to marry a same-sex partner while in Congress in 2012.

As a State Representative in 1972, Frank proposed the first cannabis legalization law in Massachusetts. 46 years later, Heady Vermont’s Eli Harrington asked him what he thought about the convention and the evolution of cannabis in the Commonwealth and beyond.

EH: What are your impressions of the event?

BF: Mixed – I’m very impressed with the number of people, the diversity among age lines and other characteristics, and I am impressed and plan to argue to some of my former colleagues about the economic impact.

I am a little wistful, because as I look around I tell myself that I suspect a lot of these people don’t register to vote. Because if everyone in this room registered and voted regularly, we’d win this fight, and we would have won it already. So I see a great potential here, and I’m glad to see it going well.

EH: So, the business is outpacing the advocacy maybe?

BF: The smoking is outpacing the advocacy!

Again, obviously we won the referendum and the legislature hasn’t done nearly enough and people ought to be confronting their legislators and pressing them to do better.

EH: As one of the first people to propose a bill —

BF: I was the first in Massachusetts to file a bill to legalize marijuana in 1972!

EH: It’s been a long process going from referendum to what’s passed, so how do you feel the process has unfolded here in Massachusetts?

BF: I’m disappointed in some of the conservative politicians who are great hypocrites who, from time to time, argue that the public will must be respected and you have to do whatever the public wants.

But when the public disagrees with them, they forget about that.

I think people ought to be demanding of the state legislature here, and in Maine, that the will of the people be carried out in good faith by the legislature and I’d tell people to vote against them if they don’t do that.

EH: Are you yourself involved in any cannabis businesses or just here for curiosity and your own interest?