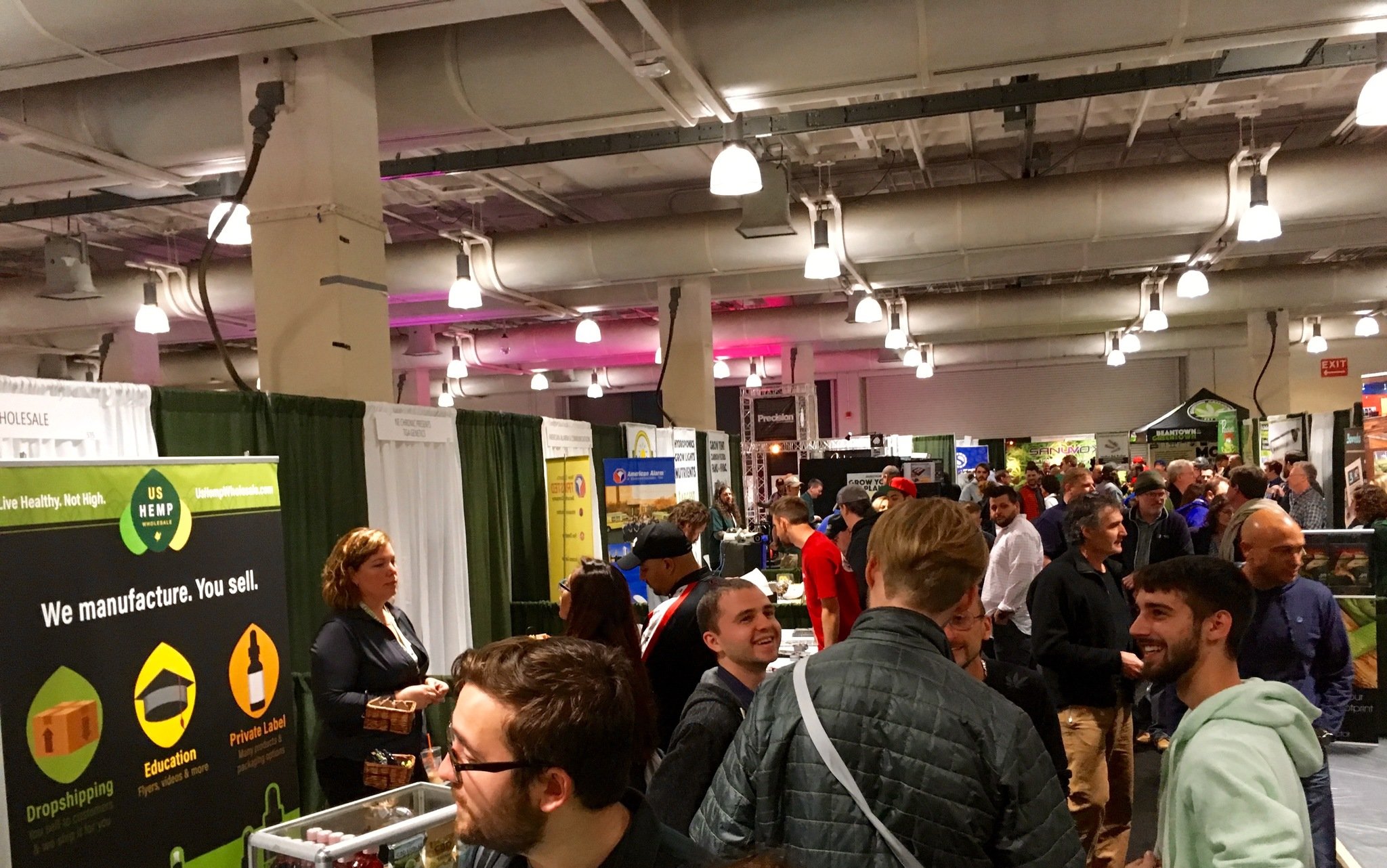 The 4th annual New England Cannabis Convention, or NECANN, is taking over the Hynes Center in Boston this weekend. With more than 200 vendors and two days of speakers and educational sessions, the event is a can’t miss for canna-business operators in the Northeast.

Marc Shepard, CEO and co-founder of NECANN, said this year’s event continues the “tremendous growth” organizers have seen each year. This year is especially important as Massachusetts and Maine forge ahead with voter-approved adult-use cannabis programs, Vermont legalization takes effect in a few months, and lawmakers in New Hampshire, Rhode Island, and Connecticut continue to discuss recreational cannabis use, Shepard said.

“We’ve come within a hair of doubling the size of the exhibit floor this year over last,” Shepard said.

Legalization in Massachusetts doesn’t means that the tradeshow will mirror a cannabis cup, and the organizers don’t plan to move in that direction “even if they could,” because they want to focus on industry and education. Shepard said that this year’s show has drawn more interest from both “regional and national companies” due to the strides made in cannabis reform throughout New England, including increased attention from companies offering home-grow technology and supplies.

Shepard said that “one of the advantages” of being a locally-focused show is that big-time national companies don’t seem to have a lot of interest in the event because they are “focused on the opportunities and laws in their states,” which is why the organizers have held smaller shows in Maine and Rhode Island over the last four years and are hosting an inaugural Vermont convention in May. He said shows in Connecticut and New Hampshire are not far off.

Shepard said home-growing wasn’t “a huge sector” of the convention attendees in 2015, because it was illegal, but now two New England states allow home cultivation — with a third coming online on July 1.

He said he expects home-growing to be a major driver at this weekend’s show, along with individuals seeking expert information on recreational cannabis licenses in Massachusetts. Last year, attendance at the event reached 6,000 and Shepard said he wouldn’t be surprised to see this weekend’s event reach 7,000 or 8,000 attendees.

“The convention is a microcosm of the cannabis industry in that there is billions of dollars at stake right now,” Shepard said. “For the companies in New England this is the opportunity for everybody to get together and network, and meet their neighbors and their community partners, and do business with each other and keep those billions in the New England economy.”

Heady Vermont is exhibiting at the event. Come see us at booth 614!