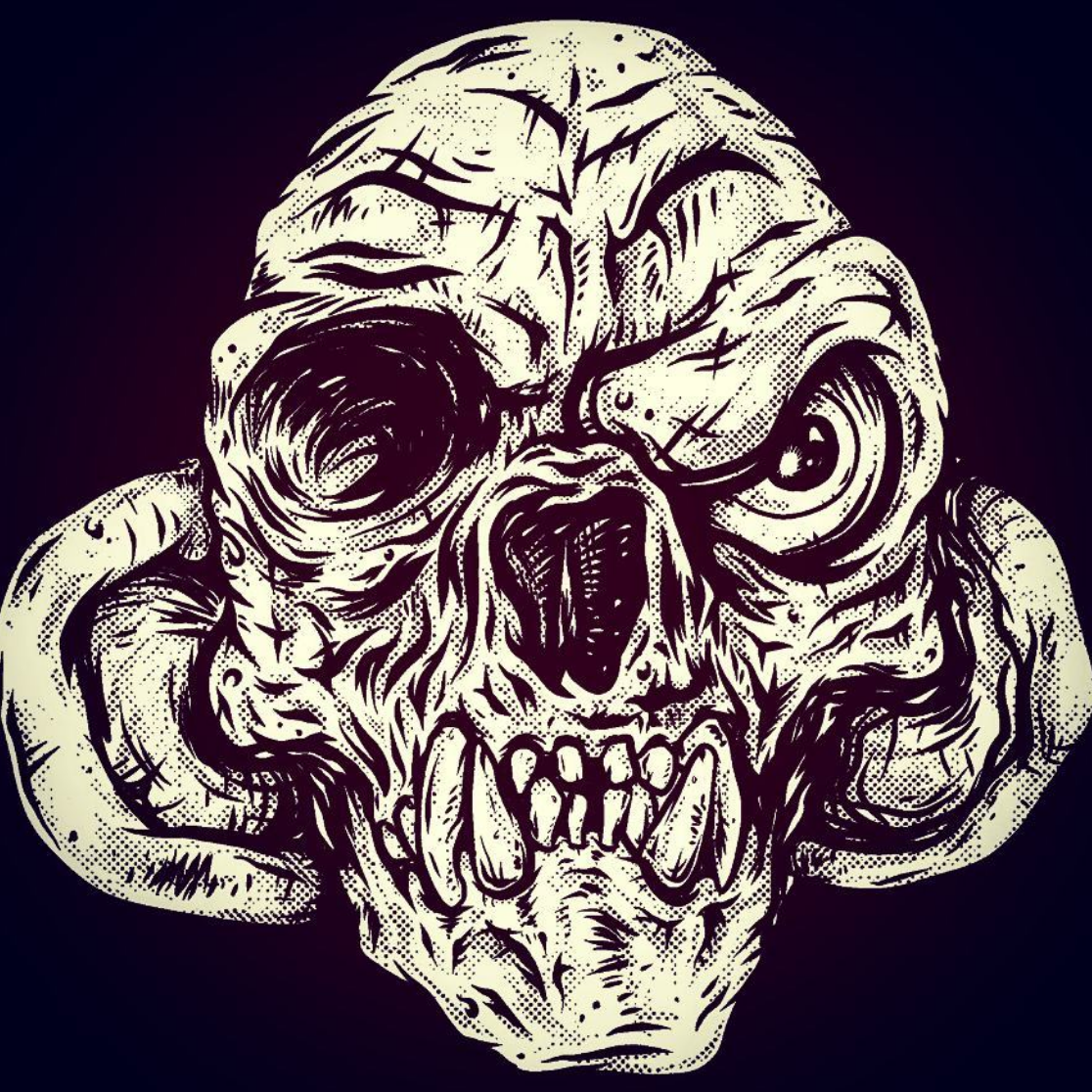 HVT: What is your personal background?

BB: I grew up in Vermont snowboarding, skateboarding and listening to a lot of punk. I became fascinated with the aesthetics of album covers and board graphics, and was always drawing. I started doing graphics at a skate-shop in Burlington that later closed down, then eventually got a sticker company going and started a streetwear and vintage store in Burlington next to the Bern Gallery. I met some top tier glass artists at the Pipe Classic event, became friends with them and started doing odd jobs for them. Some of my work sort of went viral on Instagram. I left the companies I had started and moved to Philly, which is kind of the Northeast headquarters for high-end glassblowing artists and studios. I set up a studio of my own to launch a glass and cannabis industry design and marketing agency, Dangervisual, about four-years-ago.

HVT: What’s the source of your artistic inspiration?

BB: I’ve always drawn inspiration from early skateboard graphics and culture as well as the vibe and attitude of punk album covers and show flyers. I’ve always been fascinated by street art too, and I feel that as a formerly underground and illegal art form that is starting to receive a mainstream audience, it has a lot of parallels to the functional glass industry.

I’ve always been really into art and graphics that develop within various subcultures, and am honored to be able to be a part of this one. I’ve also been traveling a lot the last few years and it’s refreshing to check out art and design from other cultures and periods of history to get some new perspective. HVT: What’s your personal and artistic relationship to Vermont?

BB: I grew up just outside of Burlington, and then lived in Burlington for more than a decade. I’ve always referred to Burlington as a city with a Napoleon complex, because being such a small city, it seems to always try to overcompensate for its size with its culture and attitude towards everything: music, food, booze, snowboarding, skateboarding and art. Without the support and exposure to the creative community in Burlington, I never would have viewed an art-based career as a realistic option.

HVT: What’s your relationship with cannabis?

BB: I don’t use it as much as I used to, but definitely see the value of it for all kinds of ailments as well as the social and recreational aspects. Personally, I always keep some on hand in case of severe creative block or hangover.

The main appeal for me has really become the community. I get paid to make awesome stuff for my best friends and some of the most inspiring people I’ve met coast to coast — people I regularly travel around the country and world with. Everyone I’ve met along the way has been helpful and supportive of what I’m doing, and I’ve learned so much from just watching and taking notes. It’s an incredibly collaborative industry, and it has been amazing to be a part of it. HVT: What’s your vision for cannabis in Vermont? I expect events and gatherings to strengthen the community, as I’ve seen happen at big events in Colorado that bring together local businesses, artists and musicians for various festivals. Honestly, cannabis has been such a big part of Vermont culture for so long  without legalization that it’s going to be great for people to finally be able come out of the shadows without stigma.

HVT: Where are you based, how can people see your work, and what’s the best way for people to contact you?