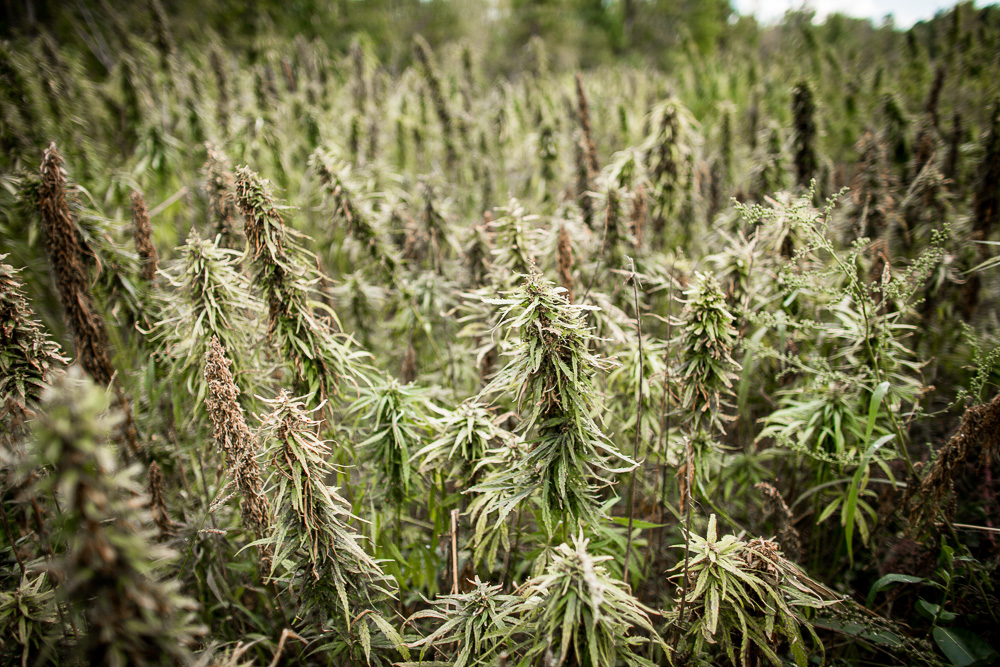 University of Vermont Agronomist and Nutrient Management Specialist Heather Darby on in a hemp field ready for harvest on Wednesday, September 28, 2016 in Alburgh, Vermont. by Monica Donovan for Heady Vermont.

The Vermont Hemp Company is counter suing a woman who alleged in her own lawsuit that the company and its founder Joel Bedard defrauded her in a hemp cultivation deal gone bad.

The counter suit claims that Cynthea Hausman, owner of a local spa, committed tortious interference — or intentional damage of contractual or business relationships — and defamed the company with her initial lawsuit, according to court documents filed Feb. 13 in an Addison County civil court.

VTHC is not seek monetary damages outside of court costs and attorney’s fees, but it is asking the court to dismiss Hausman’s lawsuit, arguing that its claims don’t meet the legal standard for misrepresentation or consumer fraud.

In legal filings, the company confirms there was a potential business relationship with Hausman, but it states that Hausman did not pay the company or Bedard for the Futura 75 hemp seeds planted on her family’s Addison County property, and therefore Hausman doesn’t meet the legal definition of a consumer.

“According to her Complaint, she allegedly contracted VHC (sic) for assistance with the cultivation of hemp that she intended to sell to third parties for profit, not for use in her household or in the operation of her farm,” the countersuit states. “In addition, Plaintiff did not ‘pay consideration’ for any goods or services from VTHC” as required by state law to be considered a consumer.

The countersuit denies that Bedard made any representations as to whether the hemp crop would be worth the $45,000 Hausman said she needed to save the property, which is in foreclosure. Hausman had hoped that the hemp would save her family’s farm. In an interview with Heady Vermont after Hausman filed the lawsuit, she said the bank has since requested payment-in-full on the $260,000 mortgage. The lawsuit confirms that the parties entered into a contract on July 6, but states that there were no firm figures as to what cut of the crop’s proceeds VTHC would end up with or what kind of profits Hausman could expect.

The lawsuit denies Hausman’s claim that VTHC employees harvested the crop without her permission in October, but admits that Dan Gaddis, described in the filing as the managing director of VTHC, informed her that the company anticipated selling the crop in January or February. It also denies Hausman’s claims that she has demanded the crop’s return, arguing that VTHC has offered to return the crop but that she has not responded to that offer.

The counterclaim alleges that since the erosion of the relationship, “Hausman has deliberately and intentionally interfered with [the company’s business relationships] by encouraging VTHC’s business partners and other farmers to not do business” with them.

“In addition to falsely claiming that VTHC stole her crop, Hausman has also misrepresented the parties’ business relationship to the press and the public and has made derogatory statements about VTHC’s business and operation,” the countersuit says.