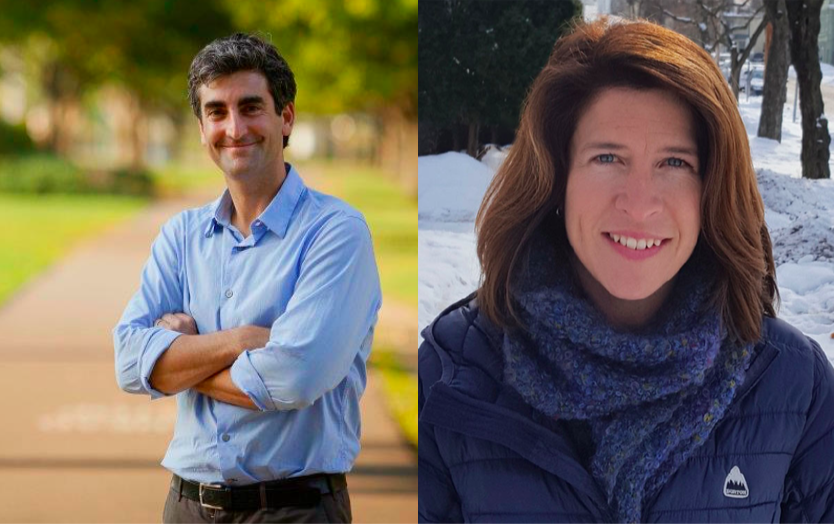 In advance of Town Meeting Day, Heady Vermont wanted to give our readers a window onto how candidates view cannabis policy in one of the hottest political contests that will be decided on March 6: Burlington’s mayoral race.

Below are responses to our cannabis candidate questionnaire from incumbent Democrat Miro Weinberger and Independent Carina Driscoll, who has the Progressive Party nomination. Unfortunately, a third candidate, Independent Infinite Culcleasure did not respond to multiple messages seeking responses to our survey. As a result we were not able to include him in this report.

1. What is your opinion of cannabis legalization for adults in Vermont as passed by the Legislature and signed by Gov. Phil Scott?

CD: I support the legalization of cannabis for adults as passed by the Legislature because it is the right thing to do.  I believe it is a good first step to a taxed-and-regulated cannabis market for adults.

MW: I supported it publicly before it was passed.

2. Do you support a taxed and regulated cannabis market for adults? Why or why not?

CD: Yes, I do. The war on drugs has been misguided and ineffective. We need to bring the market into the light and tax and regulate the sale of cannabis in order to fund and execute an effective strategy for ensuring the proper place of cannabis in our society, prevent and treat cannabis abuse in our society through funding education and treatment with tax dollars.

MW: Yes, I support a taxed-and-regulated cannabis market for adults in Burlington. Conversations with colleagues from Colorado and California have convinced me that a taxed-and-regulated market can be created in a manner that expands personal liberties while protecting public safety and other community concerns. A goal of the new market should be to reduce the use of cannabis by individuals under 25 years of age in much the same way that we have used tobacco sales revenues to drive down dramatically teen smoking rates.

3. Do you support the language in the law allowing landlords to decide whether a tenant can grow cannabis plants as allowed by the law?

CD: I do not support a landlord’s right to limit what legal plants tenants can or cannot grow in their home within the parameters of the law.

MW: Growing cannabis in an apartment building can have potential impacts on the quality of life for neighbors in the same building. Not all apartment buildings can properly or fairly accommodate the electrical needs generated by grow lights, and there may be associated smells from the growing cannabis plants. If a landlord determines that growing cannabis may negatively impact other residents due to the apartment building’s close living quarters, the landlord should be able to decide if their tenants are allowed to grow cannabis in their homes. This is very similar to the current and widely-accepted practice of allowing landlords to determine whether they will allow residents to have pets. Further, at the current time landlords face some exposure to federal drug enforcement laws – it would not be fair to mandate landlord non-compliance with federal law.

4. Would you support retail cannabis sales in Burlington? Why or why not?

MW: Yes. Burlington has accommodated a medical marijuana dispensary without significant problems for more than two years. Some popular CBD businesses in downtown Burlington, like Monarch & the Milkweed and Ceres have already established themselves without an adverse impact on the community. Based on the experience of other cities where retail establishments have been created I think they can become a positive addition to the downtown Burlington experience that strengthens the overall downtown economy.

5. How would you propose zoning legal cannabis businesses in Burlington?

CD: This is an important question to pose to our community that would require public input and a conversation to ensure that people have a say in determining where these businesses should be zoned.

MW: The city needs clear authority to regulate the location of cannabis businesses as it has zoning discretion over many other land uses including bars and restaurants.

6. If given purview over all or a portion of the tax revenues derived from legal cannabis sales in Burlington, how would you use that money?

CD: To fund preventative education and substance abuse treatment programs. In addition, to pay for the administrative cost of providing oversight and management of the regulated market. I would also set aside a portion for unforeseen challenges with implementation in our community.

MW: Any revenues collected from legal cannabis sales in Burlington would largely be put toward new public safety initiatives and education programs. Resources would need to be expended by our Burlington Police Department in the effort to better police individuals driving under the influence of drugs. Education programs would be created to raise awareness about the risks associated with drug use and drive down the use of cannabis by individuals under 25 years in age (it would preferable for education efforts to be organized and funded at the statewide level).

Some of the tax revenues could also be used by city departments specifically impacted by legal cannabis sales and increased retail and licensing needs, as their department workloads would include new issues arising from cannabis legalization, sale, and consumption. Those include the Department of Planning & Zoning, the Office of the Clerk/Treasurer and the Office of the City Attorney.

7. Would you support the opening in Burlington of so-called “social-use clubs” or “cannabis lounges,” where individuals could consume cannabis on-site? Why or why not?

CD: In recognition of the fact that cannabis is regularly consumed by a significant portion of our population, creating regulated space for that activity is an avenue worth exploring as a city. As mayor, I would want to explore with our community questions such as identifying the appropriate ways to license these facilities, provide oversight, identify location, hours, access and signage.

These are all questions that deserve a deep and thorough vetting by our community, and the participation of all levels of state and local government. Ultimately, this needs to be an inclusive process and to move forward, we need to follow the lead of the people.

8. Would you support, or seek to restrict, outdoor cannabis-friendly events? Why or why not? If you believe there should be restrictions, please say what those would be.

CD: While we have law that governs where people may smoke cigarettes, marijuana is different as the smell of marijuana in our public spaces would normalize the activity. Also, this activity needs to be treated as akin to our open container law. Someone’s right to a smoke free, substance free environment is more important than someone’s personal right to consume cannabis in a public environment.  A tax-and-regulate system would allow us an opportunity to define where, when and how in a way that is appropriate for our community.