Harrington: Will Montpelier Pass on Grass for the Rest of 2018? 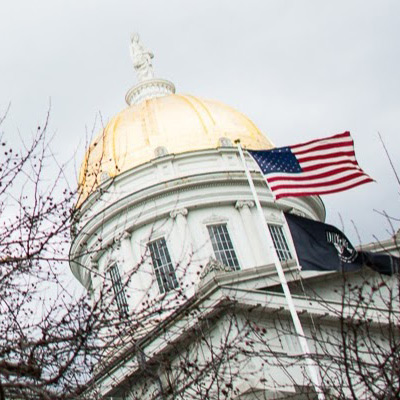 When Governor Phil Scott signed the legalization bill, he was very direct that he did not want to take further steps towards tax-and-regulate during the 2018 legislative session:

“To be very direct: There must be comprehensive and convincing plans completed in these areas before I will begin to consider the wisdom of implementing a commercial ‘tax and regulate’ system for an adult marijuana market.

It is important for the General Assembly to know that — until we have a workable plan to address each of these concerns — I will veto any additional effort along these lines, which manages to reach my desk.”’

Right now there are quite a few people in Montpelier who think that there’s been more than enough time spent on legalization, so even allies in the Legislature are unlikely to spend too much political capital on the issue.

The eleven members of the General, Housing, and Military Affairs Committee voted 6-5 in favor of H.511, the legalization bill, but one or two of those ‘no’ votes might be supportive of a regulated approach.

Again, there’s not much appetite for any more (audible) cannabis conversation in Montpelier, so it’s hard — but not impossible — to imagine that this bill will advance much farther in 2018.

That being said, H.490 is important as it’s the first tax-and-regulate bill that includes key provisions supported by cannabis reform advocates. Those highlights include:

While Maine lags and Vermont looks unlikely in 2018, Massachusetts is pressing forward in setting up a comprehensive statewide tax-and-regulate system which will be open for business on July 1.

That means that by the time Vermonters vote in November, there will be real data from the Bay State showing exactly how much economic activity and tax revenue legal marijuana sales are generating.

An incumbent governor in Vermont hasn’t lost their first reelection bid in the modern eta, but now that there’s another pro-legalization candidate in the mix, Vermont’s unrealized marijuana tax revenues could be a powerful tool against Governor Phil Scott.

Even if nothing happens in 2018 with tax-and-regulate, there are important reforms the Legislature is considering to Vermont’s existing medical marijuana system.

PUBLIC SAFETY NOT READY TO GIVE UP MEDICAL MARIJUANA PROGRAM

Though its prospects are unclear, S.216, a medical marijuana reform bill, is still being considered in the Senate Judiciary Committee.

Originally, its primary purpose was to move the state’s medical marijuana program from the Department of Public Safety to the Agency of Agriculture, though that provision is getting watered down in response to concerns raised by DPS.

The concept is a hit with medical marijuana advocates and patients who have long said a major reason that Vermont’s medical marijuana registry is so conservative compared to other nearby states is that the agency overseeing it also represent the state police.

For many — including myself — having law enforcement supervise the medical marijuana program is like having the state association of lactose intolerants oversee the state’s dairy program.

Except in this metaphorical scenario, the people who drink the milk are all suffering from debilitating medical conditions and have to either get their milk on the illicit market or participate in an artificially restricted market because the lactose-intolerant program supervisors shit themselves anytime someone drinks milk around them…metaphorically speaking.

That’s not to criticize the individuals at DPS who administer the medical marijuana program, but it explains the mindset of those ultimately governing Vermont’s 5,300 — and rapidly growing — medical marijuana patients, a mindset that is preventing the program from evolving.

As nice as it might be to have the medical marijuana program overseen by the Agency of Agriculture — you know, the people who supervise plants, not criminals — those prospects look dim.

As S.216 is written presently, the Agency of Agriculture would oversee testing, but the administration of the program would still be overseen by the Department of Public Safety. OTHER MEDICAL REFORMS BEING DISCUSSED

As of Monday, S.216 would include the following significant updates:

While the witnesses who have thus far testified in front of the Senate Judiciary Committee did not include registered patients or caregivers, such stakeholders are giving input, and some of the changes in S.216 come specifically from the Marijuana for Symptom Relief Oversight Committee, which will meet again later this week in Waterbury.

S.216 could change significantly in the next few weeks as the Senate continues to debate it, and if it passes the upper chamber, it could also face significant changes in the House.

The top changes not presently included that I’d like to see get added back to this — or any other — medical reform bill:

That list doesn’t include the one change that I would find most helpful for reform: a medical cultivator license for small farmers who could grow and sell medical marijuana wholesale to the state dispensaries, which presently can only supply their own or purchase from each other.

That medical cultivator license gets the wheels turning as far as the state starting to actually license and regulate growers, and crucially, more small suppliers would add more quantity and diversity to the state’s existing supply of tested, regulated, medical marijuana.