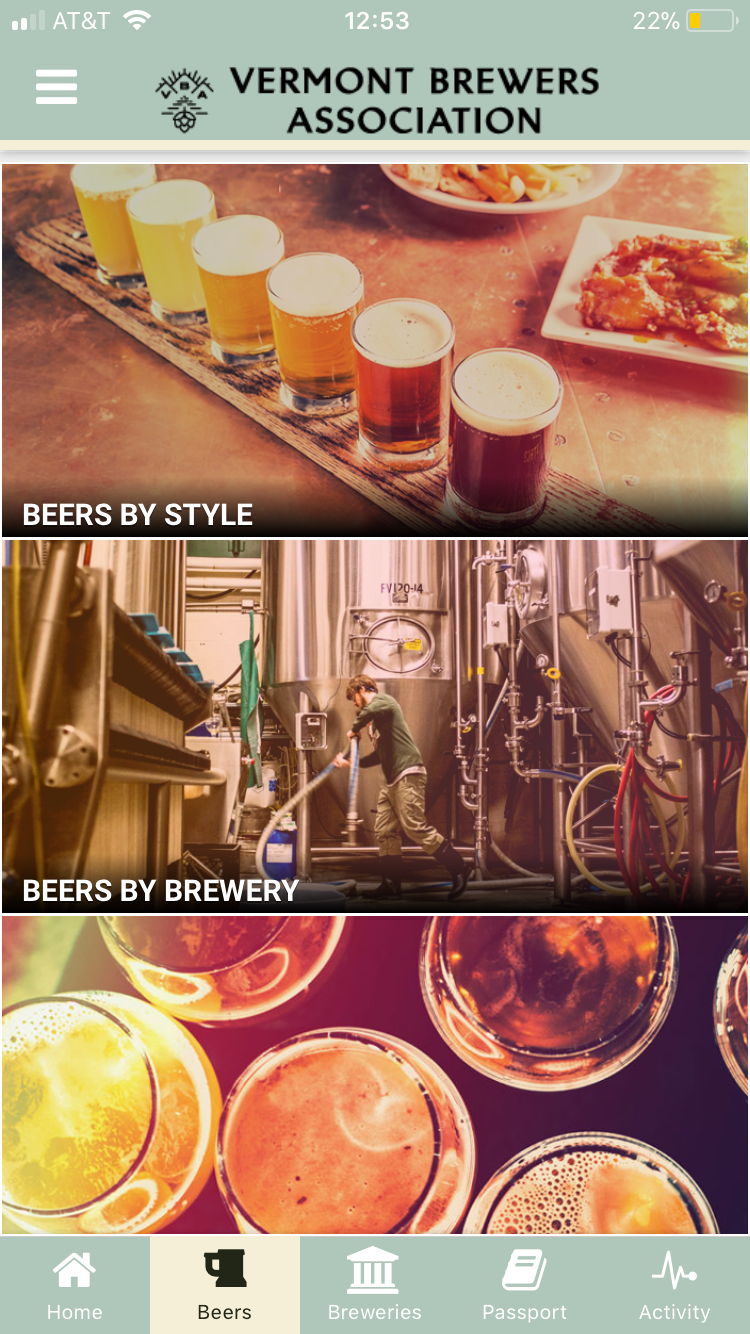 The app will allow revelers to discover and check-in at breweries, rate the establishment and its products and acquire stamps — akin to the association’s popular passport, a paper map serving a similar function. The paper passport will remain in use, said Melissa Corbin, VBA executive director, but consumers will have to choose where to accumulate their stamps.

Steven Cook, with Vermont’s Agency of Commerce and Community Development, said that the app modernizes the passport concept, which has done “a great job of moving people from brewery to brewery.”

Cook compared the passport to the state’s analog tourism maps, which Vermont continues to distribute in large numbers despite the same information being available online.

Corbin said the association will still offer the paper version because there’s a different kind of attraction to “having that paper passport and getting it physically stamped.”

She’s already ordered a year’s worth of Vermont Brewery Challenge cards, but Corbin said downloads of the app are taking off too. “Fifty overnight with no advertising,” she said.

That may be due in part to the new features available through the app. It has a directory of every Vermont beer listed by style, and it allows users to map a custom route by selecting the breweries they plan to visit. It even includes a list of dog-friendly breweries in the state.

The brewers association a great partner in Vermont’s $2.6 billion tourism industry, Cook said, adding that they continue to use innovate tools to promote their products, which bolsters the state’s overall tourism marketing efforts.

The beer industry contributes nearly $200 million to the Vermont economy on its own, according to a 2015 brewers association report.

Corbin said the VBA explored building an app over the last couple years, but until recently it was cost prohibitive. The newly-launched app, developed by Brewers Marketing, was paid for in part with a $46,000 grant from the state.

“Ultimately, this is the VBA’s way of allowing the passport to grow, or at least remain consistent with the membership, and potentially grow in the future,” said VBA member Matt Cohen of Fiddlehead Brewing Company.

Florida-based Brewers Marketing recently won a RUBY award from the Ohio Travel Association for its Ohio on Tap app. The firm also designed similar apps for the brewers associations in Massachusetts, New York, Washington and Nevada, as well as the 2017 California Craft Beer Summit.

“[Those states] have very solid statistics about how it increased taproom traffic, especially in the more rural areas of the states,” Corbin said in an interview with Heady Vermont.

Cook said information collected via the app, such as the popularity of a brewery or event — tracked via check-ins — will allow state tourism officials to refine how they promote and market Vermont and its local businesses.

“What we’ve seen, at our end, is the interest in craft beer has really brought a lot more attention to our state amongst the things we’ve always been well known for — like our skiing, our hiking and our recreation,” Cook said, “We’ve seen growth on our end from people who are visiting our brewers’ pages on our website and people who are requesting the passport — it’s a significant contributor to our tourism industry.”

Dan Ukolowicz, co-founder of Burlington-based Simple Roots Brewing and a VBA member, said that while the organization hasn’t officially launched the app, people are already using it. Ukolowicz said he “prefers digital” and hopes that the app will eventually replace the paper passports entirely.

VBA member Matt Cohen, owner of Fiddlehead Brewing Company, called the passport an “invaluable tool” for the state’s independent brewers, one that drives “a tremendous amount” of people to his Shelburne brewery.

There was “some hesitation” within the VBA about modernizing the passport, Cohen said, and the plan was held up for many years in the development phase.

“Ultimately, this is the VBA’s way of allowing the passport to grow, or at least remain consistent with the membership, and potentially grow in the future,” Cohen said.