The Conversation: How To Talk To The Canna-Skeptical 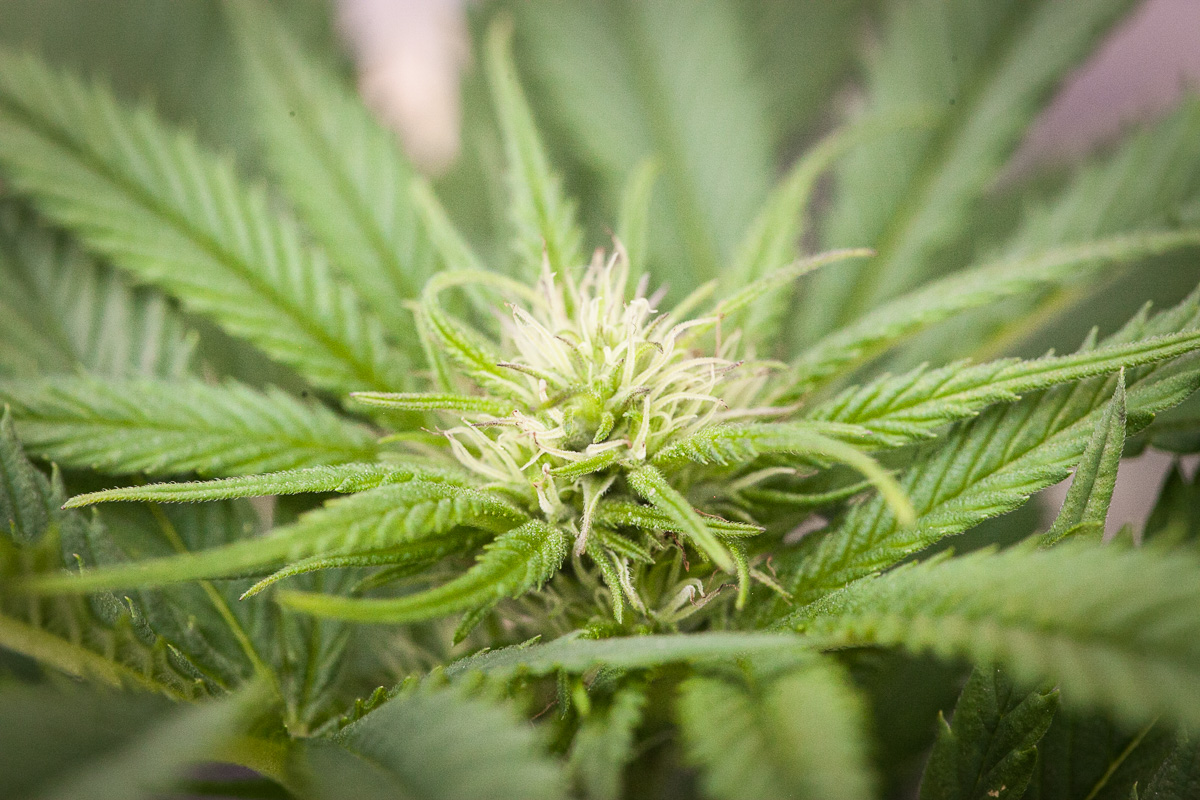 I spent last weekend at a mini college reunion in NYC, where a group of my peers had gathered for a weekend of schmoozing, frolicking and (for a subset of us) marching down Central Park West clad in fuzzy pink hats and carrying protest signs (with 200,000 of our closest friends). It was all quite fab.

I went to Yale, so I anticipated hanging out at the very posh Yale Club beneath giant oil portraits of notable alums like Gerald Ford, Bill Clinton, both Bushes and William Howard Taft, while having scintillating catch-up conversations with an abundance of high-powered doctors, lawyers, civic leaders, and captains of industry. I gleefully looked forward to answering their “what are you up to now” questions with, “I’m working for a cannabis advocacy organization in Vermont.”

Because I live in a little green bubble, I assumed that most people would think, as I do, that what I’m up to with Heady Vermont is pretty cool. But the responses weren’t quite that simple.

Generally, the theater crowd, the gay men, the rugby lesbians and the folks I’d partied with as an undergrad (big Venn Overlap there) got why I’d be occupying my time this way. The people who’d been told to Just Say No (and did) shot me a polite little Ivy League skank-eye. And, quite a few folks responded with, “Cannabis? You mean…?” To which I responded, “Yes. Pot.”

All of which led me to realize, now that recreational weed has been legalized in a history-making move by the Vermont Legislature (and finally, quietly signed into law by the governor), many of us might find ourselves in a canna-conversation with friends, relations or colleagues who are both less knowledgeable about, and less amenable to, our herby green pal.

So, as a public service, here are a few examples of how to handle common questions about legalization from the newbies among us:

Q: Cannabis? What’s that? I thought it was called marijuana. And what’s the deal with hemp?

A: Cannabis sativa is the scientific name of a friendly flowering plant from Asia which produces hemp fiber and seed, valuable medicinals and a great deal of fun.

The difference between the Hemp Plant and the Fun Plant is that while they look and smell generally the same, and both produce highly beneficial chemical compounds called cannabinoids, only the Fun Plant produces tetrahydrocannabinol (THC), which, when activated by heat, gets you high.

Because I live in a little green bubble, I assumed that most people would think, as I do, that what I’m up to with Heady Vermont is pretty cool. But the responses weren’t quite that simple.

The problem with the word marijuana is that Harry J. Anslinger, director of the Federal Bureau of Narcotics from 1930 to 1962 (and a professional asshat of epic proportions), hated cannabis and used marijuana to associate the plant with invading Mexican “hordes” and the “reefer madness” which was destroying America’s youth.

It’s a word which conjures Maria and Juan coming across the border in the middle of the night, black jazz musicians having sex with innocent white women and other extremely racist stereotypes perpetuated around that time. In our current cultural context, with the Trump administration’s atrociously regressive attitudes towards immigration (and people of color in general), I prefer not to use it.

Q: Why are we legalizing cannabis when it’s a Schedule 1 narcotic?

A: Making cannabis a Schedule 1 drug was an entirely political move. The primary characteristics of a Schedule 1 substance are that it has a high potential for abuse, severe safety concerns and no known medicinal value.

This, in reality, is not the case with cannabis, which has very few safety issues and broad medicinal value. It’s used to treat the symptoms of everything from cancer to MS to pain to PTSD — and we’re learning more about its capacities all the time. Hypocritically, the federal government actually holds a patent (Patent #6,630,507) on the medicinal value of cannabis.

Q: Won’t everyone in Vermont just be stoned all the time like in Colorado?

A: What’s the problem with that?

A: Just kidding. The idea that everyone in Colorado is stoned all the time is inaccurate. A report from Colorado’s Retail Marijuana Public Health Advisory Committee put adult use rates in 2015 somewhere between 13 and 17 percent. That’s higher than the national average of 8 percent, but definitely isn’t an indication of everybody being high all the time.

On the other hand, we might note — without a hint of irony or foreboding — that it snowed the night Governor Scott signed H.511. Anyway…

Q: What message is this sending to kids about drug use?

A: About the same message that we should send to kids about alcohol use.

A: Life, as a human being, is inherently challenging and stressful, with lots of disease and injury happening to us along the way.

Throughout the course of our existence, we’ve searched for many ways to alleviate that stress, heal our wounds, cure our diseases, kick back and have a good time.

Anything that can be done can also be overdone, and anything which can be done responsibly can also be done irresponsibly. Our job is to know the difference, act accordingly and teach our children to do the same.

Also, there is some legitimate concern about the effect of cannabis on the immature brain, and so recreational consumption by children and adolescents should be actively discouraged. Though we might make a serious point of saying we’re not discouraging cannabis use by kids because it’s bad or evil or immoral, it’s just not good for their growing brains.

A: It might. But 1) That’s not a good enough reason to keep it illegal when the negative consequences of prohibition are so vast; 2) If we’re judging by traffic accidents, we should probably outlaw alcohol, cell phones and flat-out idiocy.

Ultimately, yes, there are quite a few things you shouldn’t do when you’re high and need to stay sharp: you shouldn’t do your taxes or use table saws, you shouldn’t go near a full pint of cookie dough ice cream, you shouldn’t try to memorize anything and you shouldn’t drive. I mean…duh. Bottom line (and this is the tagline of a cannabis awareness campaign I’m creating): Don’t be a stupid pothead.

Q: What about the fact that so many people of color have been imprisoned for possessing what’s now going to be legal (and what people are already making gobs of money on)? What’s going to happen to them?

A: This is among the most important questions when it comes to changing cannabis laws. The social justice implications of legalization are enormous and far-reaching. Studies have shown that while people of all stripes buy, sell, and use drugs, black people have been more than three times as likely to be arrested, convicted, and given harsh sentences — even for relatively minor infractions.

The social justice implications of legalization are enormous and far-reaching.

Vermont’s legalization law only covers personal use and cultivation, so it doesn’t directly address issues of equity in a commercial cannabis market. However, conversations around equity and reparations are happening all over the country.

The Massachusetts Cannabis Commission has decided to keep application and licensing fees low, and in some cases waive application fees if the applicant has come from a community that’s been disproportionately affected by prohibition.

Just recently, the Los Angeles City Council also tackled this issue head-on by passing some licensing ordinances which would, according to Yes! Magazine,“create a ‘social equity’ tier of applicants who will receive priority for licenses to own and operate marijuana businesses.”

The magazine goes on to explain that such applicants will be “people who have past convictions for marijuana-related crimes, or who live in an L.A. neighborhood that was a verifiable target of enforcement during the drug war. It’s an attempt at restorative justice for the minority communities most negatively impacted by marijuana prohibition.”

California NORML and the NAACP fought to make sure that people with previous convictions would be able to procure licences and begin building generational wealth from a plant that previously was responsible for sending them to prison.

Yes! also reports that, “another component of the new regulations would ensure that people with low incomes, residents of neighborhoods heavily affected by marijuana arrests, or those who have been convicted of marijuana-related crimes make up at least half of the workforce in the city’s new cannabis businesses.”

While Oregon also allows people with past cannabis convictions to get their records expunged, this isn’t the case in every state that legalized, which means that nothing in Vermont’s future commercial tax-and-regulate system is guaranteed.

We’ll need to work hard to ensure that these kinds of restorative justice programs become an integral part of our legislative cannabis DNA.