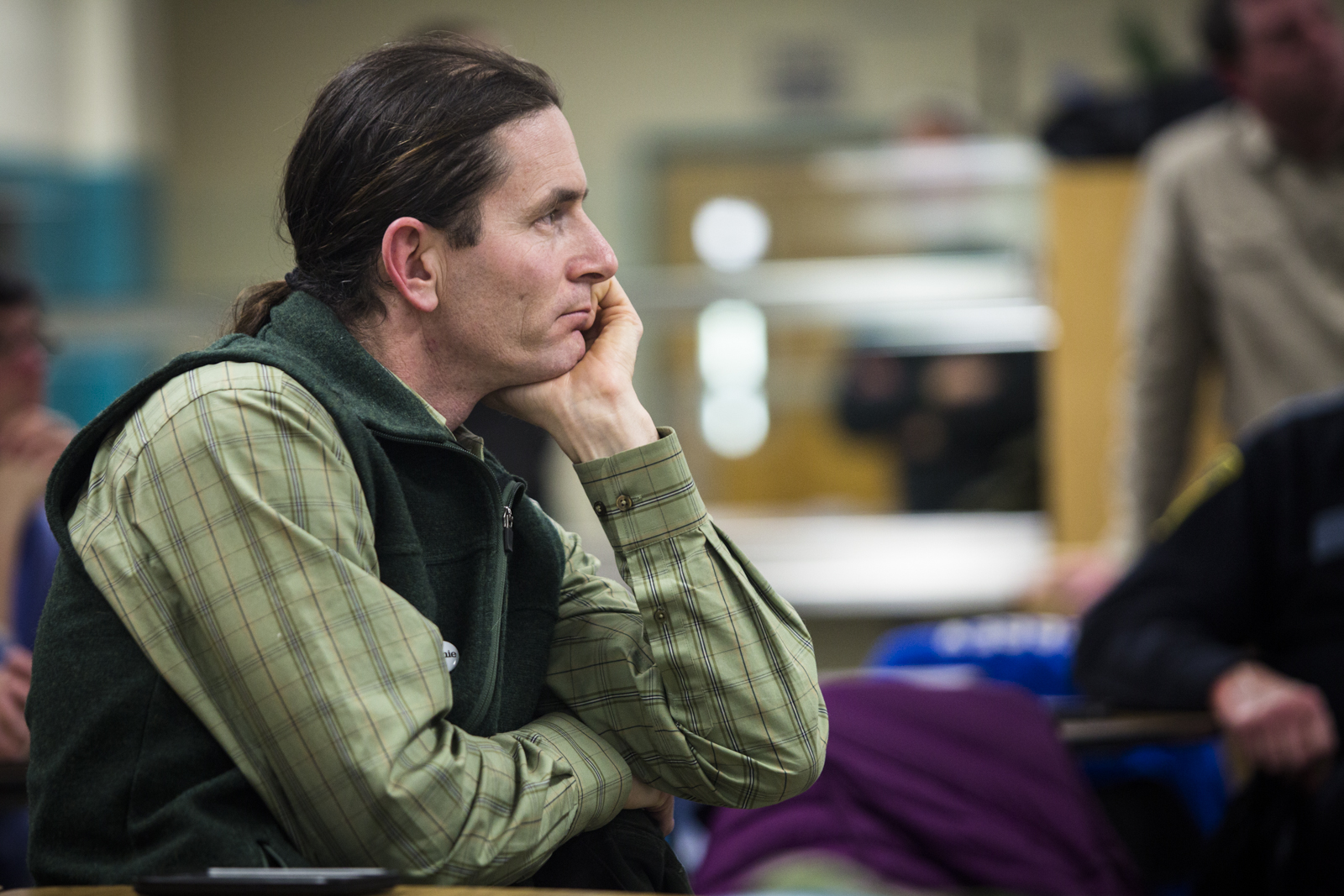 At the first of two town hall meetings about the state’s newly-minted cannabis law, Zuckerman and a panel of experts took answered questions and listened to comments from residents on both sides on the issue Monday. The second town hall is set for Feb. 1 in Stowe.

The event, at the Grand Isle School, featured a community dinner catered by My Kid’s Kitchen.

Zuckerman, a longtime champion of cannabis reform, said he hoped the meeting would help identify any unintended consequences from the law, in order to proactively formulate solutions.

“Obviously, the ground is shifting,” he said, adding that it was important to have an honest, candid discussion of the new rules, which take effect July 1.

For nearly two hours, the four-person panel led heard from pro-cannabis activists who touted the legislative victory as a major step toward criminal justice reform, while those opposed the new law expressed concerns about potency, youth access, highway safety and the potential for smuggling Vermont cannabis into a black market.

“Their perception of harm to themselves is pretty low when it comes to cannabis,” she said, “A fairly significant percentage of them have driven or ridden with someone who is under the influence of cannabis.”

Her goal, and that of her organization, is to ensure that parents and youth are “well-informed about the emergent risks” of cannabis use, which, she said include the rising concentration of THC levels found in cannabis products.

Potency emerged as a key issue throughout the evening, as Colchester Police Chief Jennifer Morrison, president of the Vermont Association of the Chiefs of Police, argued that products such as edibles and concentrates have led to “psychotic breaks” in some users and other negative effects that present problems for law enforcement officers and emergency room staff.

“To have a conversation in a vacuum about a green leafy substance is to ignore the fact that the oils, concentrates, edibles, et cetera, have THC levels that we have never contented with, nor have they in Colorado,” she said, “There is absolutely a detrimental effect being seen in public safety and in the emergency rooms.”

Zuckerman argued that it’s not a question whether high-potency products exist, but rather how Vermont develops strategies to manage these products as the state inches toward a taxed-and-regulated cannabis industry.

Grand Isle County Sheriff Ray Allen said the law’s personal cultivation rules will make smuggling more likely and dealers will be able to store cannabis meant for illicit sale under the guise that it was derived from their home grow.

Laura Subin, director of the Vermont Coalition to Regulate Marijuana, said that the two-mature-plant limit was at the core of the legislative discussion and that limit, which also allows individuals to cultivate four immature plants, is low enough to prevent large-scale distribution rings, while allowing individuals to grow enough to keep them away from the illicit market.

Morrison told Heady Vermont after the event that while she doesn’t support the Legislature’s decision to move on the issue so early in the new session — without waiting for Gov. Phil Scott’s commission report — or the reforms Scott then signed into law, she said she is genuinely willing to work with lawmakers and other stakeholders to ensure the law effective implementation.

“Collaboration is the only way forward, but it’s a disheartening start when all the warnings of public safety officials and medical officials were absolutely unheeded,” she said. “We put the cart before the horse.”

However, Lippincott admitted he has concerns about “big cannabis” cornering the market once commercial sales come to the state, adding that he would prefer a cottage industry for cannabis. Lippincott said he had recently returned from California, where he stayed on a ranch that allowed cultivation, and he was intrigued at how Vermont’s market would take shape.

“(The law) seems like a unique model and I want to get a sense about how this will play out within our community,” he said.