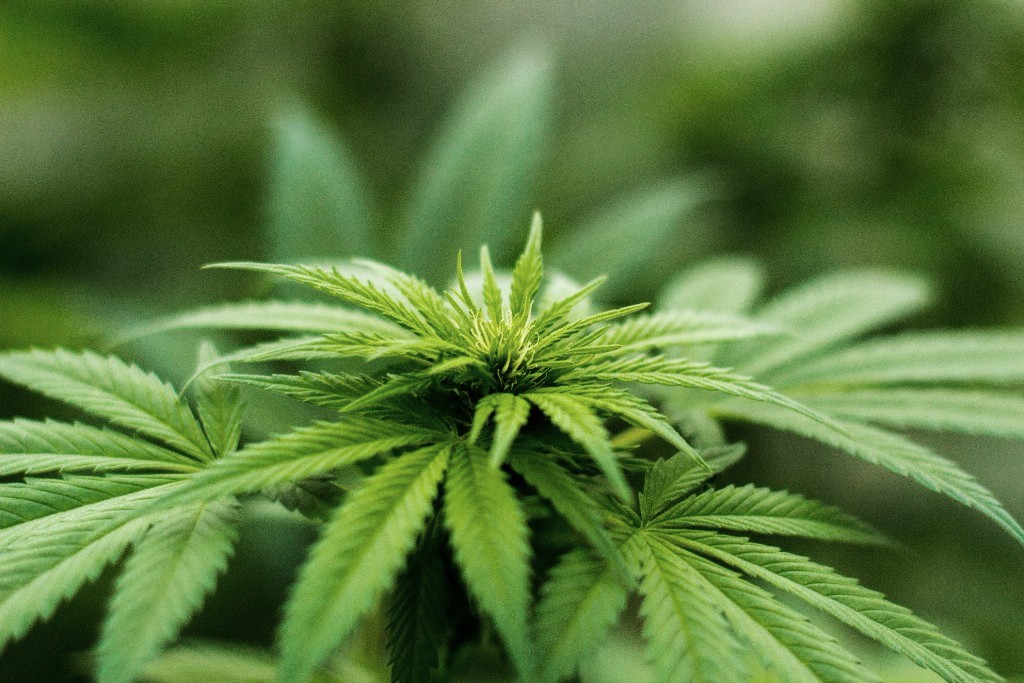 Gov. Phil Scott says that, barring any technical issues found by his staff, he will sign H. 511, a cannabis legalization bill, into law.

As VTDigger points out, the governor did not say at his Thursday news conference whether he’ll hold a public signing ceremony, or sign it without fanfare behind closed doors, but the end result will be the same.

“This is a libertarian approach. I’ve said I’m not philosophically opposed to it,” Scott said, according to VTDigger. “I know there’s diverse opinion right here in this room as to whether we should move forward, but I still firmly believe that what you do in your own home should be your own business as long as it doesn’t affect someone else.”

That libertarian streak Scott is always talking about never looked so good on him — almost like a racing stripe.

The bill eliminates all possession penalties for up to an ounce of marijuana for adults 21 and older, allowing people to grow two mature and four immature plants per household.

With the law set to take effect on July 1, people have lots of questions about the details of what will be legal and what’s still off limits. Fortunately, Thursday’s Vermont Edition on Vermont Public Radio had an excellent run down on the details with two of the laws architects, Sen. Chris Pearson, (P/D-Chittenden), and Selene Colburn, (P-Burlington). Here are some highlights:

The bill says two mature and four immature plants. A mature plant is one that has begun to flower.

The number of plants is per dwelling, not per individual, so if you have two roommates, that doesn’t mean the three of you can grow 18 plants.

As Colburn explains, “The idea is that the two mature plants are ready for harvest, but you’d be allowed to be cultivating additional plants to bring them along to maturity.”

The number of plants is per dwelling, not per individual, so if you have two roommates, that doesn’t mean the three of you can grow 18 plants.

“I will say I’m only about 90 percent confident on that one,” Pearson said. Best to play it safe growers!

If one plant produces several ounces of cannabis, but you can only possess one ounce, what happens to the excess?

You can’t grow cannabis in your community garden.

The law states that cannabis must be grown, “in an enclosure that is screened from public view and is secure so that access is limited to the cultivator and persons 21 years of age or older who have permission from the cultivator.”

Colburn and Vermont Edition host Jane Lindholm noted that doesn’t necessarily mean indoors, but it does mean you can’t grow in raised beds in your front yard or in your community garden plot.

What are the rules about where you can consume cannabis?

You won’t be able to use cannabis in public spaces. You and your passengers also won’t be able to consume in your car or other vehicle, or police will treat it the same as an open container. If the driver appears intoxicated, it could lead to a DUI.

People can use cannabis in their own homes. However, if you live in an apartment, your landlord can put provisions in the lease sanctioning or banning cannabis use on their property. Read the fine print people!

“We really did try to parallel, for the most part, rules around tobacco smoke in indoor settings, but in outdoor settings it’s prohibited,” Colburn added.

What type of cannabis products can people make for personal use?

People can make edibles and tinctures from cannabis, and they can also make extracts, but the law specifically bans the use of butane or hexane for extraction.

“This is a safety precaution that this bill puts forward,” Pearson said, noting that you can cause an explosion when making extracts from butane. That’s especially true if the space isn’t well ventilated.

When it does become legal, where can people obtain seeds and clones?

Will in Waitsfield asked a very good question. Unfortunately, Pearson and Colburn noted that H. 511 is silent on where people are expected to get cannabis seeds or starter plants.

“I seem to recall that it’s not actually illegal to buy or sell marijuana seeds,” Lindholm said, though she acknowledged she might need to do more research on that score.

Because cannabis seeds contain trace amounts of THC, buying and selling them is technically prohibited by federal law, according to the website Leafist.

There are still tons of online retailers, but because they operate at the margins, several review websites warn that fraud is common, and you could pay for seeds that never show up. The legal grey area leaves consumers with little recourse.

Existing medical growers could gift seeds or clones to friends looking to grow for recreational purposes, as could dispensaries. The bill is also silent on whether selling seeds and clones will be allowed by state law, so stay tuned.

Pearson noted that this is just one more reason Vermont should move to a fully regulated recreational cannabis system, which would remove uncertainty and avoid these chicken-and-egg situations where you can have plants, but it’s unclear where you’re supposed to get seeds.

You can gift up to an ounce of marijuana.

Um, so our birthday is, coincidentally, on July 1 — just saying. Joking aside, once the law takes effect you can gift cannabis to whomever you please, as long as you observe the possession restrictions. That means unlimited one ounce gifts!

Should we be concerned about a “gift economy” growing up in Vermont?

The prohibitionist group Smart Approaches to Marijuana raised concerns in a news release following the Senate’s passage of H. 511 that its passage would inevitably lead to a “gift economy” around cannabis, where — as Linholm explained it — a “chotsky” or other item of dubious value is sold for an exorbitant price and, oh by the way, here’s a gift of up to one ounce of cannabis.

That is certainly what’s happened, or happening, in neighboring states, such as Massachusetts and Maine, which have legalized cannabis, during the interim period between when their laws took effect and when the rules are written for retail sales.

Pearson noted there’s a simple and elegant solution to that concern too. Spoiler: It’s one he mentioned earlier.

“I think that is a fair critique, and I’ll just say again, it’s why we really need to go the next step to a full tax-and-regulate system and treat it like alcohol,” he said.

Unfortunately, both Pearson and Colburn said that’s unlikely to happen during the current legislative session. Pearson said H. 511 was as far as the governor was willing to go on cannabis reform at this time.

Colburn ended the show on a hopeful note, “It really was quite astounding to come back last week and just see the sea change, and to have colleagues that were just hard nose on the legalization of marijuana start to say, with the inevitability of the passage of this bill, we need to look at tax-and-regulate to move forward pretty swiftly,” she said.

She appears to be referencing House Minority Leader Don Turner (R-Milton), proposing an amendment on the House floor that would have gone full tax-and-regulate.

Though the amendment failed, it’s promising to see a GOP leader interested in solving those chicken-and-egg questions raised by H. 511, namely ‘If we can possess an ounce of marijuana, where’s it supposed to come from?’

Senate Minority Leader Joe Benning, (R-Caledonia), has also said he believes the answer should be from a regulated market, to ensure safe products and to keep cannibals away from kids.

So, will Gov. Scott, the de facto head of that Party, join them? That remains to be seen.