Cannabis Industry and Activists Take Over the Capitol 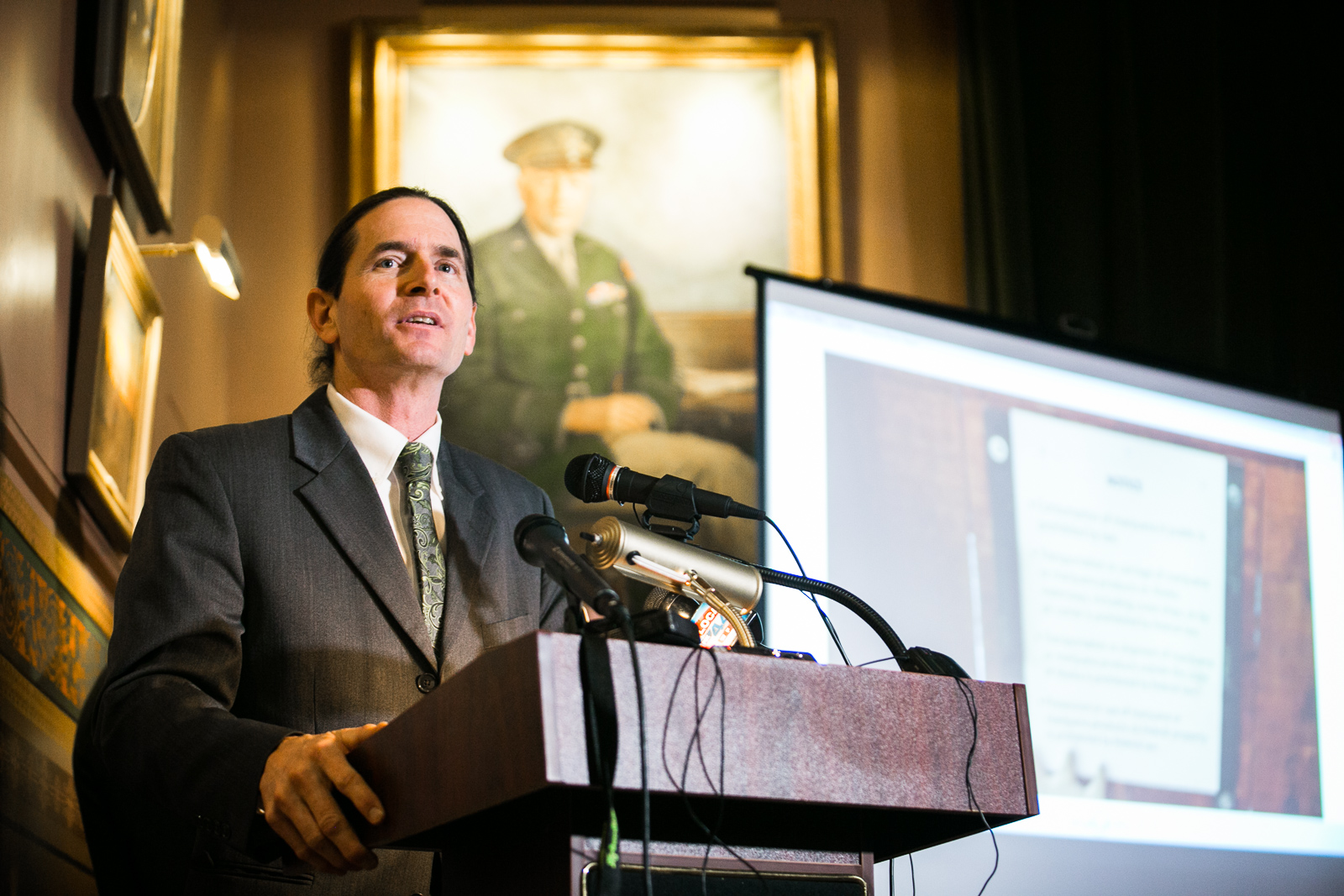 MONTPELIER — With the Vermont Senate poised to vote on a marijuana legalization, cannabis activists and industry stakeholders took to the capitol Tuesday to urge lawmakers to move forward with reform.

The Senate is expected to take up legislation Wednesday that passed the House 81-63 last week. If signed by Gov. Phil Scott — who vetoed similar legislation last May — Vermont would become the first state to legalize cannabis via its Legislature.

The bill, H. 511, would allow adult recreational use of marijuana and home growing, but stops short of creating a taxed and regulated system for marijuana in the Vermont.

Supportive lawmakers and activists held a news conference promoting the bill’s passage and calling for further reforms. Then 18 cannabis businesses and advocacy groups held an educational session for lawmakers.

Lt. Gov. David Zuckerman kicked off the day in a standing-room-only meeting room, telling his audience that he’s worked on cannabis reform since 1994 — three years before he was elected to the House of Representatives.

During his remarks, he compared the could-be cannabis industry with the state’s vineyards and breweries, noting that when elected officials tour those facilities, the visits are not marked with speeches about public safety — rather they’re geared toward how those industries are economic drivers in a rural state.

The same could be true of cannabis, he said, and reforming Vermont’s laws is an issue coming of age, as evidenced by his election to the state’s second highest office.

“Ultimately, what many legislators think about when they are working on various issues — particularly those controversial ones each year that might become the media issue or campaign issue — is ‘Will this be used against me?’” he said, “They don’t want to lose the opportunity to work on what is their passion by voting on something that might not be.”

Zuckerman said that “citizen engagement” is critical to spurring reluctant lawmakers to action, especially when they’re faced with pressure from prohibitionist lobbying groups.

Zuckerman said that “citizen engagement” is critical to spurring reluctant lawmakers to action, especially when they’re faced with pressure from prohibitionist lobbying groups such as the Vermont Association of Chiefs of Police, which also had a presence in the capitol Tuesday.

In a flyer, the association called for seven benchmarks “pre-legalization of marijuana” including: saliva-based roadside tests, two two-year studies into cannabis-impaired driving, increased education campaigns, another study into cannabis use by minors and outlawing all forms of cannabis oil extraction.

Laura Subin, director of the Vermont Coalition to Regulate Marijuana, said that while advocates are interested in the same issues — keeping roads safe, prohibiting youth access and limiting youth use — the data used by many prohibitionists on cannabis and traffic is often not reliable.

In some cases, the driver who is not at fault in an auto accident is the one that tests positive for marijuana, or the individuals involved might have THC in their system, which doesn’t always indicate impairment — factors not accounted for in some studies, she said. Subin said she would prefer roadside tests based on behavior, conducted by trained law enforcement officers.

Subin said she was hopeful law enforcement groups opposing marijuana legalization would catch up to public sentiment and realize the sky is not falling in states that have already legalized the substance.

Sen. Joe Benning (R-Caladonia), a member of the governor’s commission to study legalization and the vice-chair of the Senate Judiciary Committee, illustrated his support for legalization in Vermont with pictures he took at a retail dispensary in Talkeetna, Alaska.

Benning said the shop looked like a winery, except the IDs of every person in his party — all of whom were over 60 — were checked before they entered the premises, he said during a news conference with fellow lawmakers and legalization advocates.

“There is no drug dealer in Vermont right now that cares, in the least, about restricting access to his product, or to who it is, or what age it is to whom they deliver their product,” he said. “This is a different way of looking at things from the start.”

Youth education and prevention programs and more money for enforcement could all be paid for with cannabis-derived tax dollars, Benning said, adding that law enforcement was able to prosecute drinking-and-driving crimes before breathalyzers.

“We, as a society, need to start changing our attitude if we are going to have any hope at all of, number one, living up to our own Vermont Constitution — which is very libertarian in nature — and number two, taking care of the real problem that is in front of you — which is the opioid situation.”

Benning said he participated in the news conference because, “we, as a society, need to start changing our attitude if we are going to have any hope at all of, number one, living up to our own Vermont Constitution — which is very libertarian in nature — and number two, taking care of the real problem that is in front of you — which is the opioid situation.”

The news conference gave way to a cannabis and hemp education session, featuring 18 unique businesses and advocacy organizations, including the New England Veterans Alliance, which represents a population hard-hit by the opioid epidemic.

Doc Vines, a member and point-of-contact for the Vermont chapter, said the alliance’s goal is not only to serve as a networking organization for veterans but “to help get them off opioids.” Vines is himself in recovery, he said. He partially credits that success to, not just consuming but cultivating cannabis.

“For veteran’s health cannabis is a lifesaver,” said Vines, a former combat medic, “From combat and post-traumatic stress disorder to getting vets outside of their comfort zone and allowing them to be engaged and comforted while being on cannabis, it’s a lifesaver — especially with the opioids.”

Vines noted that federal law bars Veterans Affairs physicians from recommending cannabis, so vets interested in using it as a therapy must find non-VA doctors at their own expense.

He said that legalization would allow vets to not only consume therapeutically but cultivate as well, which he said he finds therapeutic on its own.