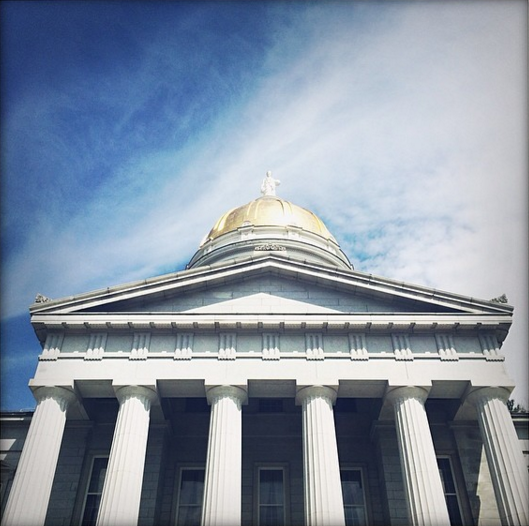 MONTPELIER, Vt. — Vermont is, again, one step closer to becoming the first state to legalize cannabis via the legislative process. The final tally in the House: 81-63.

Members sparred on Thursday over the final details of H.511 – punctuated by Gov. Phil Scott’s State of the State address – proposing and debating the merit of several amendments; passing one from Rep. Anne Donohue (R-Northfield) requiring written permission to cultivate cannabis on someone else’s property – such as a landlord – but rejecting the majority of proposed amendments.

The bill eliminates all possession penalties up to an ounce for adults 21-and-older, allowing them to grow two mature and four immature plants per household. The measure does not create a tax-and-regulate system, and an amendment by Rep. Don Turner (R-Milton) to establish such a program was defeated. The opposition appealed until the final roll – after proposing amendments to delay or otherwise limit some aspects of the scope – but the approved version is nearly identical to what landed on Scott’s desk last May.

Among the amendments shot down: Rep. James Harrison’s (R-Chittenden) proposal to delay the rollout to July 2019; and two by Rep. Cynthia Browning (D-Arlington) – one to limit possession in homes to two pounds, and another that would have prevented the implementation of the program until the development of a roadside cannabis drug test to measure impairment. Browning argued that by not capping the amount of cannabis allowed in a person’s home lawmakers were creating a “loophole” for drug dealing.

An amendment included in the previous measure to create a tax-and-regulate commission was removed because Scott has already appointed his own task force whose report is expected at the end of this year. The legislation includes enhanced enforcement on “open container” and consuming cannabis in a vehicle, and creates a fine-only misdemeanor crime for using cannabis in a vehicle with a minor. Language to reduce home-made extracts is also included in the bill, making it a crime to for non-dispensaries to manufacture concentrates by “chemical extraction or chemical synthesis using butane or hexane.”

Matthew Schweich, interim executive director for the Marijuana Policy Project, declared the vote a rebuke of Attorney General Jeff Sessions’ announcement earlier in the day that he was removing the federal protections of the 2013 Cole Memo – potentially putting a target on the back of state-approved cannabis programs of all varieties.

“It is becoming clear that states are tired of helping the federal government enforce outdated and harmful marijuana polices and are ready to make this legal for adults,” said Matthew Schweich, interim executive director for the Marijuana Policy Project. “The Vermont Legislature’s action underscores that states will continue leading the way toward more humane, sensible marijuana policies even if this administration reverts to the cruel and counterproductive federal policies of the past.”

Democratic Sen. Patrick Leahy, a member of the Senate Judiciary Committee, told Time that it was “interesting” that the Justice Department doesn’t have the funds to combat the opioid crisis or foreign hackers. “But, by golly, you got some grandmother smoking a marijuana cigarette in a state where it’s legal, we’ve got to go after that,” he quipped shortly after the department’s Sessions-led policy change.

A Public Policy Polling survey in March found 57 percent of Vermonters supported this could-be regime with 39 percent opposed. When confronted with tax-and-regulate, support shrank to 54 percent with 40 percent opposed. The measure next moves to the Senate – which has already confirmed the bill – and, if approved, lands on the governor’s desk.