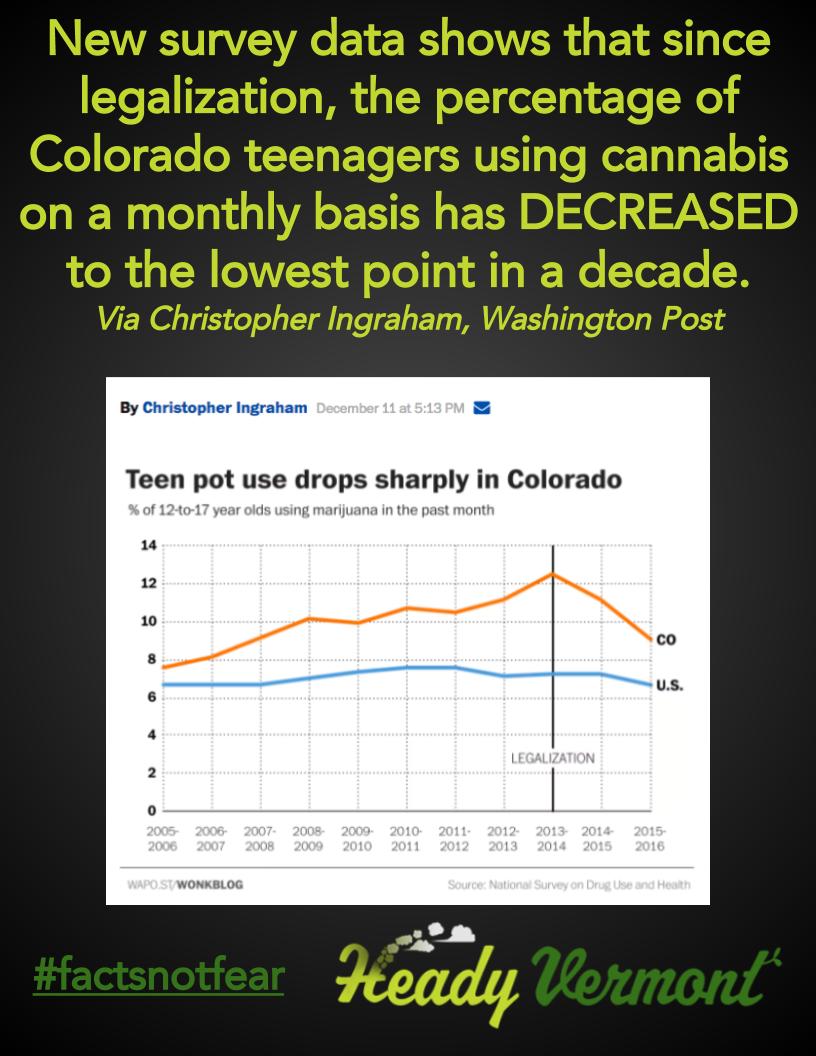 WASHINGTON, D.C., – Based on recently-released federal survey data, Washington Post Reporter Christopher Ingraham posted an analysis and clear visual aid that definitively shows that since legalization in Colorado, teenage cannabis use rates have decreased, not increased.

Just look at the trend in teen marijuana use in Colorado following legalization https://t.co/UC8cI2otZE pic.twitter.com/6Cl7FIXc9e

Tom Angell, Founder and Editor of Marijuana Moment, went even further and analyzed the data from multiple states, which showed that the percentage of 12-17 year olds who used marijuana in the last month had also decreased in Washington and the District of Columbia since legalization in their respective states..

New federal data: Teen marijuana use is trending *DOWN* in most states with legalization. https://t.co/6X7rzcd4ze pic.twitter.com/Y8AEmmNSR6

The results are clear: legalization does not lead to an increase in adolescent and teenage cannabis use. In fact, legalized cannabis contributes funding to to substance abuse prevention programs, college scholarships, and are literally building new schools in Colorado. Thanks to those who shared this on social media, including Trevor, Nick, and on twitter: @DaveSilberman Senator Chris Pearson (P/D – Chittenden) @SenatorCP and Lieutenant Governor @DaveZuckermanVT

Visit www.headyvermont.com/advocacy for more information about Heady Vermont advocacy efforts and how to support grassroots cannabis reform in Vermont and beyond.