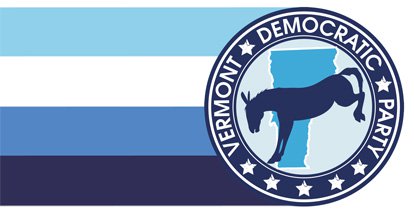 WINOOSKI, Vt. — On Tuesday night, Democratic Party representatives and committee members of Vermont’s largest county took a significant symbolic step by passing a resolution that explicitly supports cannabis legalization in Vermont, as well as a pathway towards taxed and regulated sales of cannabis for all adults age 21 and older.

The original text of the resolution had initially included a line that said the Chittenden County Democrats would officially join the Vermont Coalition to Regulate Marijuana. However, concerns were raised about aligning the party platform with any single specific organization and an amendment was passed that struck the specific coalition line from the final version, which passed by a vote of 19-14 (unofficially). That final version, which was also amended so that it will be shared with the state and other county Democratic Party committees, reads as follows:

We, the Chittenden County Democratic Committee, RESOLVE to urge local, state and federal officials to:

– Legalize the possession and personal cultivation of cannabis (marijuana) by adults age 21 and older; and

– Regulate and tax the non-personal cultivation and sale of cannabis to adults age 21 and older.

We RESOLVE that continued prohibition is detrimental to the goal of social justice, while failing to protect public health and welfare.

Roughly 40 citizens attended the meeting on a rainy Tuesday night at the Winooski Senior Center, including two non-voting members of the public who spoke, Laura Subin, J.D., of the Vermont Coalition to Regulate Marijuana and the author of this article, who resides in #WinooskiMyTown and was live-tweeting (@HeadyVermont) and participated in the meeting as a citizen.

The meeting kicked off with guest speaker Senate President Pro Tem Tim Ashe (D/P – Chittenden), who spoke first about the importance of improving mental health services, and then reiterated that his priority in the 2018 legislative session is raising the Vermont minimum wage to $15/hour.

When it came to cannabis, Ashe was direct when describing the position of his chamber, the Vermont State Senate, which he noted passed three different cannabis reform bills in 2017 alone. During his brief cannabis remarks, Ashe noted obvious and overwhelming support for legalization, and went a step farther in describing the Senate vision of taxed and regulated cannabis as “More where Massachusetts is heading, not necessarily where the House and Governor are right now.”

While Ashe made it clear that the minimum wage and protecting social services were much higher priorities for him personally, he affirmed his expectation that the modest legalization bill (grow two mature plants; possess up to one ounce) that has already passed the Senate and will be supported in the House saying, “I think there’s a very good chance we’ll legalize possession and cultivation of small amounts of marijuana this session.”

🔥🌳🗣“I think there’s very good chance we’ll legalize possession + cultivation of small amts of #marijuana this session. Not necessarily my top 100 but seems like no-brainer at this point and a good idea…over 80,000 VTers used #cannabis in the last year” @TimAsheVT #vtpoli

After Ashe, and before the cannabis conversation, the Committee spent about an hour discussing, debating, and eventually passing various by-law updates. The cannabis debate re-ignited the room as the most spirited discussion of the evening with about a dozen different attendees sharing opinions and feedback (including the author of this article) supporting or opposing the resolution.

The voices speaking against the resolution had objections that ranged from the reasonable: “I’m not sure if we want to force all Democrats into supporting this,” to the utterly ridiculous (equating the harms of opiate addiction and overdoses to the harms of cannabis use).

The most extreme talking points were supplied by lobbyists from “Smart Approaches to Marijuana” (SAM-VT), who have recently been sending increasingly aggressive anti-legalization messages to elected officials and party stakeholders and attending local events, namely repeating talking points concerning: the false equivalency between opiate harm and cannabis harm, the lack of a roadside impairment test, the debunked myth that legalization leads to increasing teen use, and a variety of almost exclusively fear-based arguments.

SAM-VT is a Virginia-based advocacy group led by Patrick Kennedy, the former Rhode Island representative who started SAM after resigning his legislative seat in disgrace following an early morning car crash into a D.C. median while Rep. Kennedy was severely impaired under the influence of narcotic painkillers. In Vermont, SAM-VT employ Ellis-Mills Public Affairs, one of the state’s top lobbying firms, who were paid $16,749.16 by SAM in September 2017 alone to lobby against cannabis legalization.

The voices at the meeting speaking in favor of the resolution were a more diverse mix of ages and backgrounds with the majority of speakers — especially those over 40 — stating that despite no personal passion for puffin’, the status quo state law prohibiting cannabis was leading to worse outcomes than the token support for legalization offered by the resolution.

Even in the state’s largest — and arguably most liberal — county, there were multiple Democratic representatives who during the 2017 session voted against the S.22 legalization bill that was passed by the Senate and House before being vetoed by Governor Phil Scott.

It will remain to be seen whether this resolution will help sway the state’s most “urban” Democrats, but having lost two “yes” voting representatives from last year’s very narrow margin of victory (79 yea to 66 nay), advocates will be pushing hard to sway moderates and maintain the slim majority in the House when the legalization issue hits the state house floor in 2018.