What Do the 2017 Election Results Mean for Cannabis? 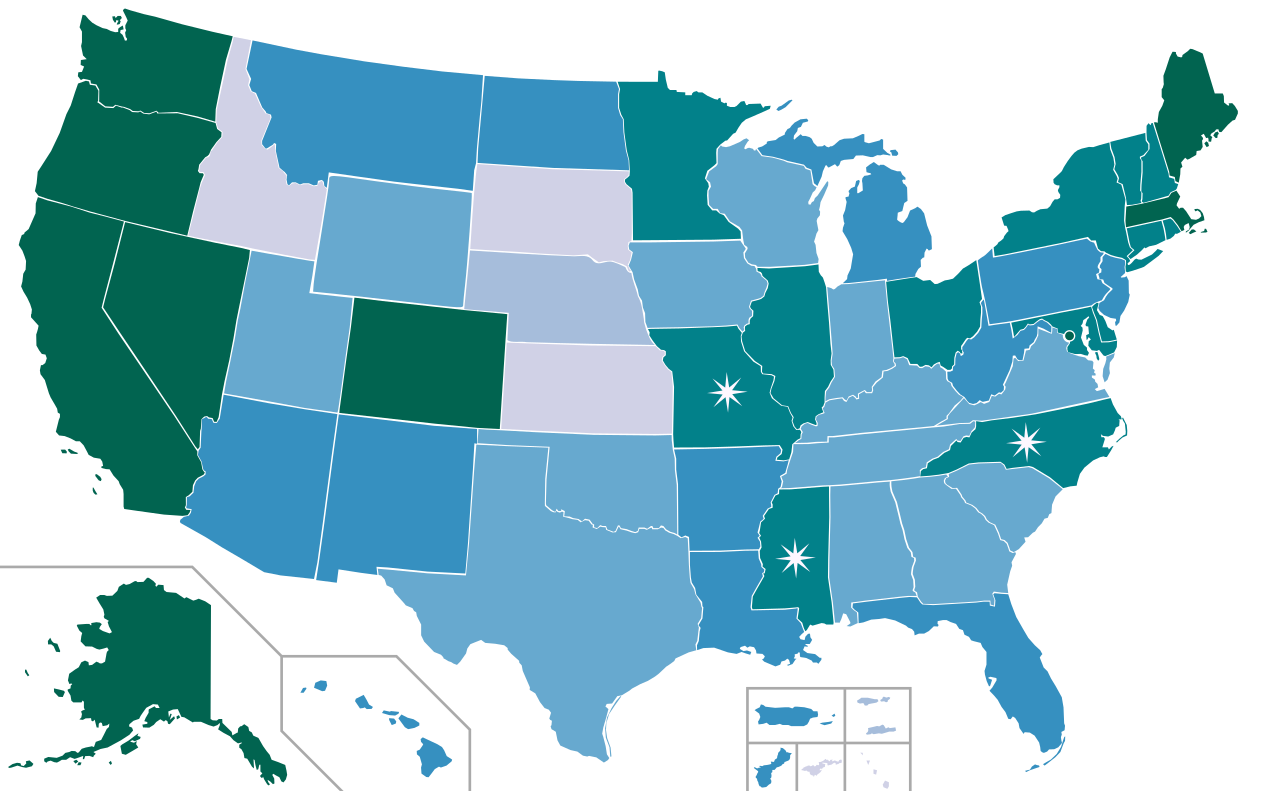 The effects may be bigger than we realize.

Some major political shakeups went down on Tuesday. The changes in office largely favored liberal candidates: Democrats took the governor races in Virginia and New Jersey, won mayoral races across the U.S., and notably flipped at least 15 seats in Virginia’s Republican-majority state legislature (eleven of which were won by women, one of whom is the state’s first openly transgender person to hold elected office).

Whether or not this momentum for Democrats will carry over to the U.S. Congressional elections in 2018 has yet to be seen. In the meantime, U.S. voters may have sown the seeds for some promising legal reforms in favor of cannabis.

Most significantly, both governor-elects – Ralph Northam in Virginia and Phil Murphy in New Jersey – ran on decidedly pro-cannabis platforms.

Northam’s campaign strongly advocated for marijuana decriminalization. During his campaign, Northam’s campaign website cited statistics that highlighted the high cost of drug enforcement in the state – over $67 million, which Northam says “could be better spent on rehabilitation.” Northam also favors research into the benefits of medical marijuana “so doctors can more effectively prescribe drugs made from it.”

Phil Murphy’s campaign went even further, proposing full legalization of marijuana in the state of New Jersey, which current governor Chris Christie opposes. Murphy hopes to capitalize on sales tax revenue from the emerging cannabis industry, which, according to a report by cannabis advocacy groups New Jersey United for Marijuana Reform and New Jersey Policy Perspective, could net New Jersey upwards of $300 million per year.

If Northam and Murphy make good on their campaign promises, Virginia and New Jersey may well be the next U.S. states to lead the charge on ending cannabis prohibition. There are a few races in Virginia’s House of Delegates that are too close to call at the moment, though, so a Democratic majority isn’t guaranteed in that state. The front in New Jersey looks more promising, as the state’s Senate President, Democrat Stephen Sweeney, has already announced his intention to support a marijuana legalization bill through state legislature once Murphy assumes office.

Other significant changes in favor of cannabis took place in smaller political arenas. An ordinance in Athens, Ohio that removed all penalties for up to 200 grams of marijuana possession was approved 77 to 23 percent, following in the steps of ballot measures passed by four other Ohio municipalities in 2016. Two other ballot measures passed in Detroit’s Wayne county, relaxing city codes and zoning ordinances that targeted medical marijuana facilities. Larry Krasner, a defense attorney who has spoken publically on the racial inequality inherent in marijuana drug enforcement, was elected Philadelphia’s new district attorney.

Could these reforms be indicative of a coming sea change for larger cannabis reforms? At the very least, we’re going to see a big legislative push in two different states once the governor-elects start their terms. The Athens and Detroit measures may also inspire more cannibas-related ordinances to be proposed, just as the Athens ordinance was itself inspired by its neighbors’ efforts.

While spread out over several layers of state and local government, U.S. voters have taken this moment to unify in a voice that demands societal progress on all issues. Going by the results, cannabis is no exception.