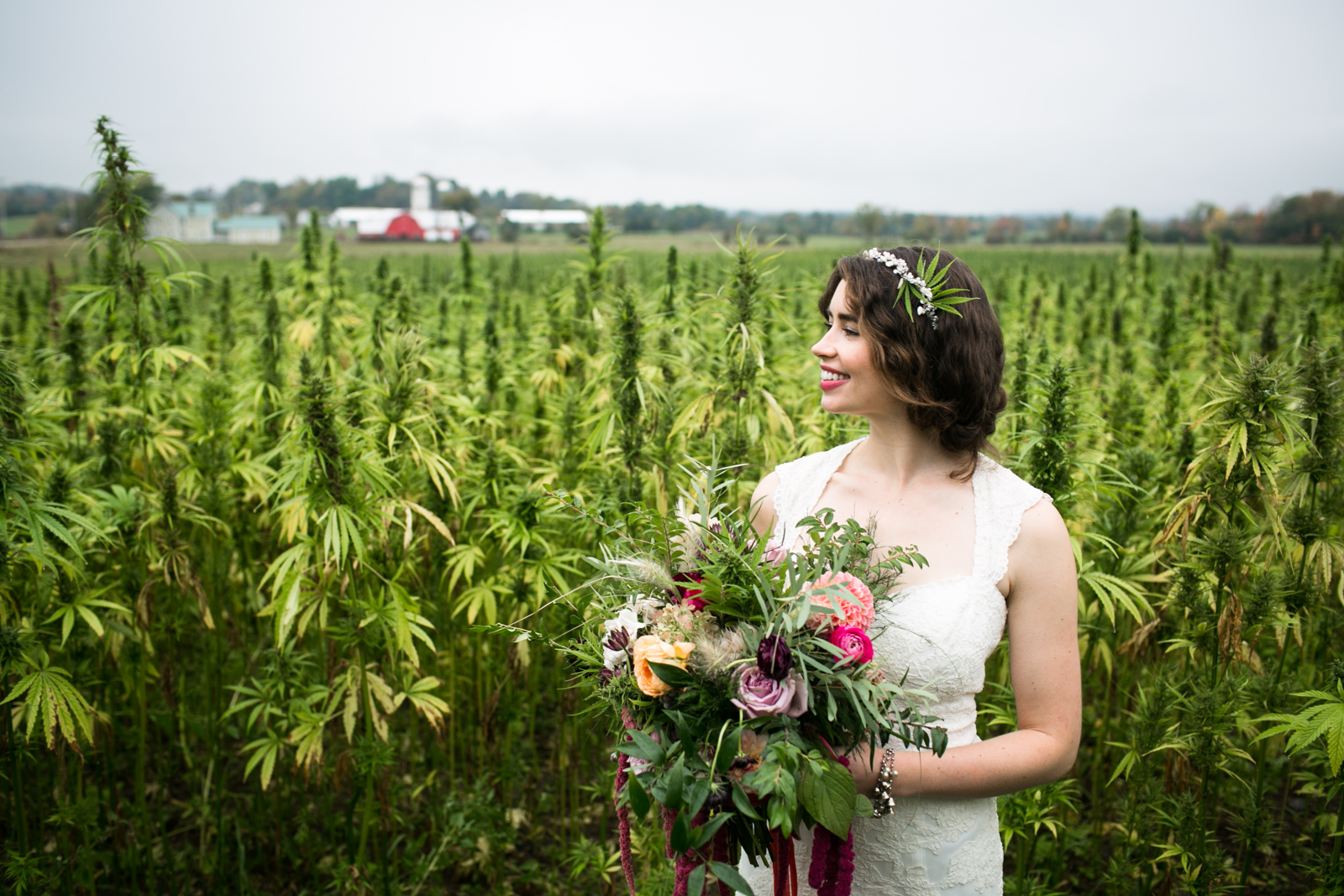 The first word Cynthea Hausman uses to describe herself is “entrepreneur,” and it’s not one she uses lightly. A former athlete for the U.S. Women’s luge team as an alternate at the 1988 Winter Olympics, Hausman currently owns and operates Cynthea’s Spa, a mainstay of Burlington’s Church Street Marketplace for 13 years running. Apart from being a licensed massage therapist and esthetician, she also makes handmade jewelry under the moniker Madelyne & Cie, which she sells alongside her own brand of body products.

As of 2017, Hausman adds yet another title to her growing professional portfolio: hemp farmer.

After her mother was diagnosed with Alzheimer’s years ago, Cynthea Hausman assumed guardianship of her family’s farm. The farm, located in Vergennes, is now named CynEvan Farm, partly after herself and her son, and partly in allusion to the Welsh word cynefin. “A deep belonging to a certain place,” as she defines it.

CynEvan Farm is currently in foreclosure, and Hausman hopes the industrial hemp currently growing on her land will solve her financial burden.

CynEvan Farm has the honor of being the site of Vermont’s first hemp-themed wedding photo shoot. For the shoot, Hausman utilized her wedding, beauty and creative direction skills, which have been featured in such high-profile publications as Martha Stewart Weddings. In addition to photography by Heady Vermont co-founder Monica Donovan, Hausman enlisted the help of two makeup artists, two hairstylists, and two models. (Correction: Cynthea Hausman did not do makeup for this shoot. -Ed.)

“[The day of the shoot] was the only day it rained. Two weeks of sun, then it rained, then another week and a half of sun. We were shooting the pictures in-between the raindrops, basically.”

Cannabis-themed weddings are a recent trend, but have been mostly contained to states with relaxed cannabis regulations such as Colorado. The shoot at CynEvan Farm promotes pastoral Vermont as an ideal setting for the cannabis wedding.

“[The day of the shoot] was the only day it rained,” Hausman says, laughing. “Two weeks of sun, then it rained, then another week and a half of sun. We were shooting the pictures in-between the raindrops, basically.”

Cynthea did not imagine her career taking this kind of a turn. She first learned of CBD hemp in particular while attending a finance class earlier this year as part of Mercy Connections’ Women’s Small Business Program. She was hoping the class would help her solve her newfound budgetary crisis.

“I had a tetanus shot the day before,” Hausman says. “My arm was killing me.” By sheer coincidence, the woman sitting next to her in class was also a massage therapist. “She handed me some [CBD product], I rubbed it on my arm. Ten minutes later, 90 percent of the pain was gone.”

Hausman, who specializes in injury rehabilitation and pain management, says every other topical remedy she had recommended to her clients up to that point paled in comparison. “I have been a massage therapist for 26 years. I’ve been advising [clients] to buy arnica, I’ve been advising them to use Icy Hot and Tiger Balm […] and she just handed me something that worked on my pain within ten minutes.” She had been researching other possible crops to grow on her land, but it was her discovery of CBD’s pain relief benefits that steered her decision towards hemp.

From that point, it was just a matter of finding another hemp grower to partner with. Hausman found one in Joel Bedard, founder of The Vermont Hemp Company, whom she met at KIND Consulting’s Cannabis Entrepreneurship networking seminar in spring of 2017. The Vermont Hemp Company assisted Hausman by providing the hemp seed, education and mentoring necessary for her to cultivate fifteen acres of industrial hemp.

“My main goal is to save the farm, and I’m going to do that in whatever way I can.”

Hausman’s hope is that the hemp wedding shoot will bring more attention to CynEvan Farm as a wedding venue. The hemp crop has yet to be harvested due to the delay caused by this year’s wet summer, and she wants to capture the emerging trend of the cannabis wedding to bring in more income and offset the threat of complete foreclosure. She will also be exhibiting her jewelry and spa products at the upcoming CBD Hemp Farmer’s Market on November 5.

“My main goal is to save the farm, and I’m going to do that in whatever way I can,” Hausman says. “I’m an entrepreneur, so when I see something that people are interested in, I want to try it out and see if it fits.”