HIGH ON HISTORY: Harry Anslinger, The Racist Architect of the War on Drugs 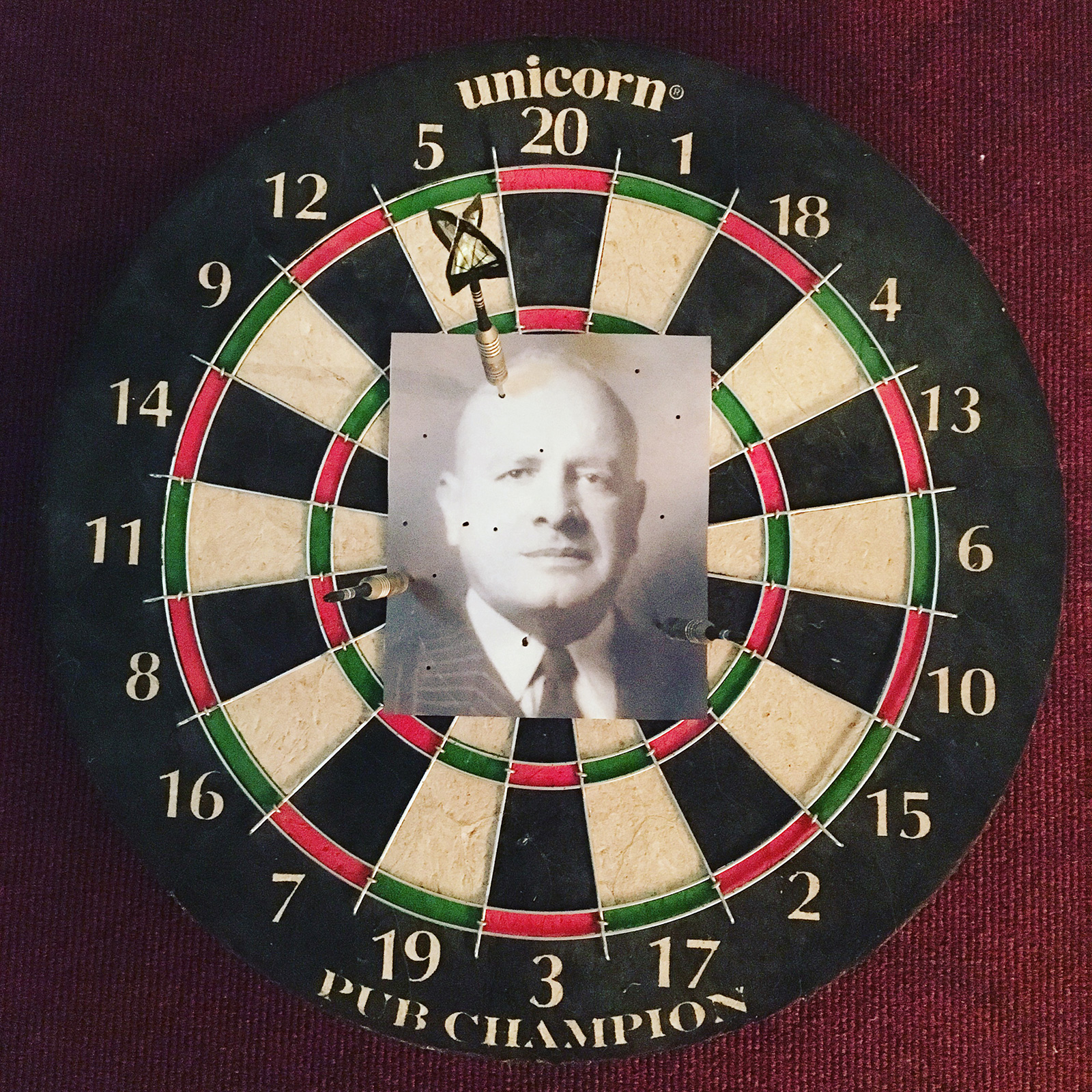 If you’ve done some reading on the history of drug policy in the United States, you’re well acquainted with the name Harry Anslinger. Informally credited as the nation’s first drug czar, Anslinger was appointed the first commissioner of the Federal Bureau of Narcotics, an office he held for over thirty years.

By waging a one-man campaign to foster mass hysteria and galvanize a previously unaware American public against the alleged dangers of cannabis, Anslinger was responsible for pushing the Marihuana Tax Act of 1937 through Congress. This essentially criminalized individual marijuana possession and eventually led to the passage of harsher drug sentencing, such as the Boggs Act of 1952.

If you ever so much as brushed against a single fiber of cannabis from 1930 to 1962, Harry J. Anslinger made it his business to personally climb in through your kitchen window with a dozen federal agents to make sure a judge slapped you with a two to ten-year minimum.

What’s not as well known about Anslinger is why he went to such incredible lengths to vilify cannabis in particular.

What’s not as well known about Anslinger is why he went to such incredible lengths to vilify cannabis in particular. One theory may offer an explanation for his frothing lunacy.

Despite limited information on Anslinger’s early personal history, a few key facts stand out. His never graduating high school, for instance. (To be fair, high school graduation rates were fairly low at the beginning of the 20th century; still, most high school dropouts didn’t get the opportunity to establish the basis for several decades of national drug policy.) Then, after putzing around the Pennsylvania railroads for a few years, Anslinger volunteered for the U.S. Army during World War I in 1917. Just thirteen years of service later, he wound up being appointed the head of his very own brand new government agency. Feel like something’s missing there?

You would not be remiss to point out corruption in the federal government around the time he rose to office. Herbert Hoover had recently been elected president, but at the time, most of the blame for the Great Depression fell on then-Secretary of Treasury Andrew Mellon: industrialist, banker, and one of the great robber barons of the early 20th century. Mellon’s unpopularity with the American public forced him to retire as Secretary in 1932, but he wanted to ensure his continuing influence over government policy before that happened.

One of Mellon’s chief priorities was to protect his oil investments from any potential competition. In Hemp: American History Revisited, author Robert Deitch explains that work had begun on the development of plastic polymers in the 1920s and, among other concerns, “they (Mellon […], Rockefeller […], and the DuPont family […]) were willing to do anything necessary to ensure that the plastics industry used petroleum (which they controlled) as its base material.” One of the major materials up for consideration was – surprise – hemp fiber.

Mellon would have needed to install someone high up in government to go after cannabis (and take down hemp in particular) before it posed a major economic threat to his businesses. His niece, Martha Kind Denniston, had married a man appointed as U.S. consul to the British Bahamas in 1926 who had, according to Mike Gray’s Drug Crazy, “browbeaten the British into clamping down on the rampant liquor traffic across the Straits of Florida.” Enter Harry J. Anslinger, high school dropout to the stars.

By keeping Anslinger afloat through the latter part of his military career and creating an office within the Department of Treasury dedicated to the fearmongering of cannabis, Mellon was perhaps able to manipulate Anslinger into doing his bidding, and subsequently keep his oil derricks flowing.

There is a three year delay that works against this theory. Anslinger himself reputedly had a mild opinion of cannabis before being appointed commissioner of the Federal Bureau of Narcotics. Drug Crazy sums up Anslinger’s original position: “[marijuana] grows, he said, ‘like dandelions.’” Apparently, Anslinger thought cannabis harmless at first, or at least didn’t make it a priority to pursue classifying it as a dangerous narcotic. He had spent his previous efforts tackling alcohol prohibition, which he continued to do upon becoming commissioner 1930.

Then came the repeal of prohibition in 1933. That was around the time Anslinger really dug in his heels to launch his lifelong crusade against the evils of marijuana. Now that he could no longer justify government funding by way of prohibition enforcement, he had to find another drug to scapegoat. As Hemp: American History Revisited puts it, “Anslinger knew the only way of insuring the continued existence and financing of his department was to exaggerate the ‘threat’ narcotics use posed.”

“Anslinger knew the only way of insuring the continued existence and financing of his department was to exaggerate the ‘threat’ narcotics use posed.”

And exaggerate Anslinger did. In his smear campaign against cannabis, Anslinger began collecting every gruesome headline he could get his hands on that he could pin on marijuana use, colorfully nicknamed “The Gore Files.” He famously used the example of Victor Licata, who had murdered several of his family members with an axe, as evidence that marijuana somehow warped minds into depravity. As history has come to prove, Licata suffered from an unrelated mental illness.

(Many of his headlines, by the way, came from newspapers owned by publishing magnate William Randolph Hearst, who owned several paper mills and also had a vested interest in bringing down hemp as a cheap fiber alternative. Hearst, in Anslinger’s words, “pioneer[ed] the national fight against dope.”)

And here’s where it all came together. In his testimony before Congress to advocate the passing of the Marihuana Tax Act of 1937, Anslinger conflated industrial hemp with the then-fairly unknown “marijuana,” itself derived from a Mexican slang term for “intoxication.” Confident (as all mediocre white men are to proclaim knowledge of subjects well beyond their grasp), he referred to cannabis as both “Indian hemp” and “hashish,” claiming they were two parts of the same plant – rather than, as we know, different cultivars of the same species.

Anslinger was successful in having the Marihuana Tax Act applied to all forms of cannabis and accomplished the aims of Mellon, Hearst, and every American businessman with a stake in killing hemp in one fell swoop.

In light of this “fact,” he requested the government revise the definition of cannabis to “include all parts of the plant,” rather than just the “dried flowering or fruiting top of the pistillate plant,” as cannabis was previously defined by the Geneva Convention of 1895. In doing so, Anslinger was successful in having the Marihuana Tax Act applied to all forms of cannabis and accomplished the aims of Mellon, Hearst, and every American businessman with a stake in killing hemp in one fell swoop.

Anslinger could very well have been an uneducated prat out of his depth, scrambling to justify his own relevance. He could also just have easily been a corporate stooge doing the dirty work of trusts to further entrench their interests in federal governance. (Hell, he was probably both.) Whether or not Anslinger lobbied purely out of self-preservation has yet to be seen; a smoking gun remains to emerge from history. All the same, it’s obvious to see who benefitted from the fruits of his labors.

High on History is an original Heady Vermont series that delves into the centuries of wild celebration and sordid drama surrounding an otherwise mild-mannered plant.