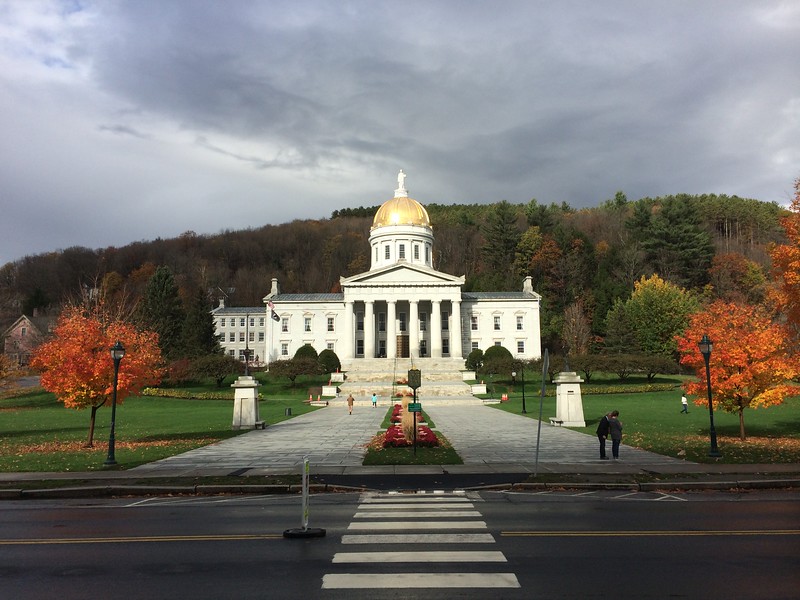 Since the state has had information online about the marijuana registry, the primary complaint from medical marijuana patients and advocates has not been the quality of the available information or documents, it was the location and display: The Vermont Marijuana Registry website link is displayed immediately adjacent to the Sex Offender Registry, visually equating potential medical marijuana patients with registered sex offenders.

The new standalone website, now live, comes as the result of advocacy from patients and advocates who had made the point repeatedly during testimony to multiple committees over (at least) the last two years, that it was inappropriate and demeaning for the state to visually equate medical marijuana users and sex offenders.

In response, Senator Dick Sears (D – Bennington) and his six tripartisan co-sponsors (Ashe, Benning, Campion, Degree, Lyons, and White; respectively) in the Vermont State Senate added a specific provision into Act 65 that guaranteed that medical marijuana information would have it’s own digital real estate in the form of a new, standalone web page.

The medical marijuana registry page includes a document library, with downloadable forms for patients, caregivers, and medical professionals – including the new forms for mental health providers signing forms for patients with PTSD.

The new web portal also includes an updated section specifically for Health Professionals that, among other items, includes reassurance and clarification for health care professionals:

A health care professional who has participated in a patient’s application process under the statute, rules, policies or procedures of the Marijuana Registry shall not be subject to arrest, prosecution, or disciplinary action under 26 V.S.A. chapter 23, penalized in any manner, or denied any right or privilege under state law, except for giving false information, pursuant to  18 V.S.A. § 4474c(f).

Health Care Professionals are not prescribing or recommending the use of marijuana. They are verifying the nature of the disease and its symptoms.

While the new site is live, the Department of Public Safety say that it is still being modified and that feedback — especially from Vermont patients and caregivers — is welcome and invited and should be emailed directly to: [email protected] with the subject line “Website Feedback”

That commission web portal includes a full list of commission members, as well as individual pages for the three subcommittees (Education and Prevention, Roadway Safety, and Taxation and Regulation), meeting minutes, and a document library.