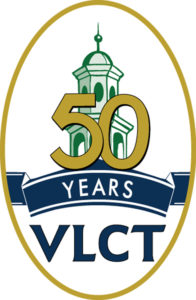 The Vermont League of Cities and Towns (VLCT) describes itself as, “a nonprofit, nonpartisan organization that serves Vermont’s municipal officials.” Most of their work is providing support services, training, and education to municipal governments; However, the VLCT also employs five lobbyists in Montpelier and has their own legislative platform, which includes opposing cannabis reforms.

And because the VLCT membership includes all 246 cities and towns in Vermont, your local government is by default supporting this legislative platform and actively lobbying against cannabis in Montpelier — no matter what the residents of individual towns and cities think.

What and Who are the VLCT?

For more context, all 246 city and town governments are members of the Vermont League of Cities and Towns (VLCT), and in a strictly nonpartisan context, their mission makes sense: The nonprofit’s practical mission is to help municipal officials and their elected overseers understand state and federal policies that impact their local governments.

For the most part, that’s what the VLCT does: fairly boring work on policy issues and act as a clearing house and go-between for municipal and state government interaction. If you look at their website, it’s populated with training and events on subjects such as ‘municipal budgeting workshop,’ ‘planning and zoning forum,’ and has an entire web portal devoted just to insurance.

HOWEVER, the VLCT also has a legislative platform, which they pursue aggressively via the five lobbyists they employ (two listed on their website, five individuals are listed on the Secretary of State website as having been paid by VLCT for lobbying).

Theoretically, that statewide legislative platform is based on input from municipal governments (who ideally ask, then listen to, their constituents), then finalized before the session starts. Then, the VLCT spends the legislative session in the state house pushing that platform via it’s paid lobbyists.

It’s hard to know exactly how many hours during the session that the VLCT spends advocating against cannabis versus other issues, but they’ve consistently testified against legalization (since at least 2015) and as representatives of local police departments, have used their influence to support the position of law enforcement in Vermont steadfastly opposing reforms.

In terms of its annual budget, the VLCT devotes roughly 80% of its total expenses to paying staff (including benefits), only 15-20% of its total revenues come from government/associate membership dues. With those figures and funds being commingled, it’s not possible to calculate exactly how much each town is paying to the lobbyists and how much time that lobbyist might be spending on cannabis reform.

However many hours the VLCT advocacy team spends on cannabis each month, it’s clear that Governor Phil Scott not only values the VLCT input on the issue, but considers them strong allies on this issue. On Governor Phil Scott’s stacked legalization commission, there is not just one, but TWO spots reserved for a VLCT representative on two different subcommittees (public/road safety and regulation).

The VLCT is the only organization that has been granted two spots on any of the subcommittees; by contrast, the Vermont Coalition to Regulate Marijuana has one guaranteed spot and the American Civil Liberties Union has zero. That commission holds its first meeting Thursday and includes neither a single Vermont medical marijuana patient, nor a single cannabis industry representative.

So, when it comes to cannabis policy, what is the VLCT advocating for on behalf of the 246 cities and towns it represents? The Addison Independent reported the previous platform language surrounding cannabis, but a recent board meeting, Burlington’s Mayor Miro Weinberger proposed an update to that language:

On motion duly made by Member Weinberger and seconded by Member Simmons, the Board voted unanimously to amend the last sentence in Section 3.01 to read: Marijuana should not only be legalized for recreational purposes until after all public safety, public health, local regulatory and budgetary concerns are adequately addressed.

Despite the increasing popular support for cannabis reforms in Vermont, syntax changes proposed by Mayor Weinberger and adopted by the VLCT board would make it more difficult — not easier — for the organization to support legalization by moving the goal posts for what legislation would have to address.

Meanwhile, citizens in Weinberger’s City of Burlington have long made their support for legalization clear having passed a non-binding ‘advisory referendum’ back in 2012 supporting legalization by a 70-30 margin.

The question of Middlebury supporting the VLCT position started in fall 2016 when residents learned that Middlebury’s unelected town manager had, in her role as Middlebury’s representative to the VLCT — and a board member of VLCT — approved the VLCT legislative policy opposing legalization.

At least one resident contacted the Select Board in writing to ask whether the Select Board had authorized the Town Manager to take this political position on the town’s behalf, and if so, whether this was done pursuant to a properly warned meeting inviting public input.

At a Select Board meeting on October 25, 2016, the Select Board discussed the letter and the Town Manager’s actions:

(Selectboard member) Carpenter asked Town Manager Ramsay to explain the VLCT’s position on this bill to the Board. Ramsay said in 2015 and 2016 the proposed VLCT legislative platform included a proposal opposing the legalization of marijuana and expansion of current exemptions to Act 76 of 2015. She said each year the Select Board appoints a voting delegate to represent the Town at the VLCT Town Fair in October. At that time the proposed VLCT legislative policy is distributed to the Board so they can review it and give direction to the delegate should any part of it be contrary to the Town’s position.

Ramsay said since she had received no input from the Board she had voted the policy as presented in both years. Ramsay said the VLCT Public Safety Committee recommended towns study other areas that have legalized marijuana, particularly the costs associated with implementing the legalization. (Selectboard Member) Asermily thought the process seemed clean and asked if Silberman had provided any information on what his opposition is. She said she would be interested in what residents in town felt about this issue and wondered if it could be something the Public Safety and Health Committee could look into, and maybe a poll at Town Meeting.

At town meeting this year, an advisory resolution was passed by near-unanimous voice vote, warning the Select Board not to take secret action on marijuana legalization and to hold public hearings before approving any lobbying on the issue one way or another.

In advance of discussing the VLCT’s 2018 Legislative Policy, in August the Middlebury Select Board commissioned a survey of town residents, asking, among other things, whether residents support or oppose legalization generally, and whether they support the town authorizing VLCT to lobby against legalization again.

The survey results — as reported by the Addison Independent — are conclusive:

Does Your Local Government Support The VLCT Platform?

The short answer is yes.

Unless there’s a specific action that the town takes to oppose the cannabis reform language, the line that Mayor Weinberger amended earlier this month is the default position of ALL 246 cities and towns in Vermont.

In Middlebury, the early indicator is that the deck is stacked against the town changing its position and breaking from the VLCT position; however, Middlebury residents have been actively promoting the upcoming Select Board meeting and explaining the impending decision.

In a recent Letter to the Editor published by the Addison Independent on September 21, 2017, Middlebury Resident Alison Nihart reviewed the VLCT position, the municipal controls that all proposed cannabis legislation have included, and concluded with a request for Selectboard members to work with the VLCT and others to craft a proactive policy that addressed cannabis reform concerns.

If the Selectboard has other specific concerns related to potential impacts on the town, I hope they will make them clear to the public so that we can evaluate the need to address them in law. Legalization is a moral issue, and the longer Vermont drags its feet, the longer it will be before our state can get out in front of this issue.

It would be wonderful if Middlebury and other Vermont municipalities could, through the VLCT, proactively work with policymakers to ensure that the needs of cities and towns are met, rather than obstructing the process with vague demands that are impossible to meet.

What will the Middlebury Select Board do? We’ll find out soon as the Board will meet on Tuesday, September 26 at 7pm at the Middlebury Town Offices at 77 Main Street. For more information about the meeting tonight, review the event page on Facebook here.

If you want to know where your town stands on this language, contact your local town/city manager and ask about the 2017 Vermont League of Cities and Towns legislative platform and if your local government supports it — specifically the part about opposing legalization. Then write your local selectboard/city council and ask if there will be any public input to support the VLCT position as representative of the town.

Whatever the response, politely suggest that the town/city take a poll of residents, or address the question directly at Town Meeting Day.