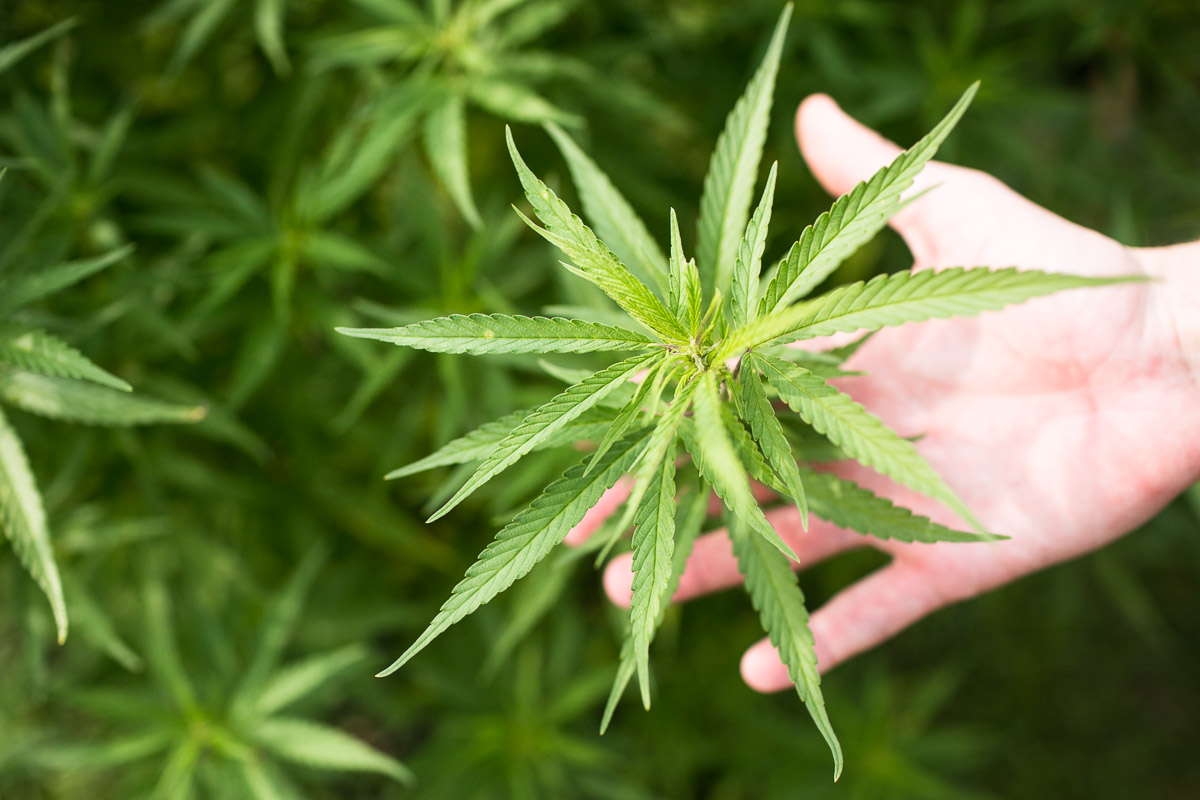 A member of the lab shows one of the outdoor CBD hemp plants growing at the Phytoscience Institute in Waterbury, Vermont on Thursday, August 17, 2017. by Monica Donovan for Heady Vermont.

BURLINGTON, Vt. — The Department of Public Safety announced on Friday afternoon that after completing the application and review process, the recipient of the state’s fifth medical marijuana dispensary is PhytoScience Institute, a Waterbury-based testing and analytics company.

The dispensary license includes the right to operate a cultivation facility and two retail outlets where registered medical marijuana patients can legally purchase cannabis flower, extracts, and products which the company intends  to open in Bennington and St. Albans — the first locations in either Franklin County or Bennington County.

We’re committed to well-being, to helping patients, to developing products that have a therapeutic impact on the life of patients and we identified areas that we thought were underserved. People that live in Bennington that are suffering from conditions and symptoms that could be helped by medical cannabis had to drive a long way to get relief.

We wanted to bring better access to those patients who live in those communities. St. Albans isn’t that far form Burlington but it’s a gateway to so many other communities to the north and east and it’s also underserved.

We hope to serve large swaths of patient populations – they’ve had poor access, long drives, and we hope that we’ll make it much more convenient to what we think is the best product in the state.

Read the full press release below:

Waterbury, VT – September 22, 2017 – The Department of Public Safety (DPS) has conditionally approved PhytoScience Institute, LLC as the fifth marijuana dispensary. This past legislative session, the General Assembly increased the number of authorized marijuana dispensaries from four to five with the passage of Act 65 (2017).

PhytoScience Institute, LLC plans on operating dispensing sites in Bennington and St. Albans, two underserved areas of the state. Once PhytoScience Institute, LLC satisfies the stipulations set forth in statute, a limited operating registration certificate will be issued. Thereafter, they must obtain an active operating registration certificate and begin dispensing marijuana to registered patients within six months of approval, pursuant to rules adopted by the DPS.

PhytoScience Institute, LLC, was one of five applicants to submit a complete application seeking the fifth marijuana dispensary registration certificate. In accordance with Act 65 and DPS Rules Regulating Cannabis for Symptom Relief, all five completed applications were reviewed by a panel. Applications were scored on the basis of, among other things, the overall health needs of registered patients; the convenience of the proposed location(s) for registered patients; business plan and facility information; and security. PhytoScience Institute, LLC, recorded the highest overall score.

Along with authorizing the additional dispensary certificate as noted above, Act 65 allows current dispensaries to operate a second dispensing location. Information regarding the recently awarded dispensary certificate and existing dispensaries second dispensing locations will be provided to registered patients and caregivers prior to these locations opening for appointments. Additionally, this act expanded the number of dispensary licenses from four to five, with a sixth permitted once the number of registered patients reaches 7,000. As of August 24th, 2017, there were 4,609 patients enrolled with the Vermont Marijuana Registry.

Questions concerning PhytoScience Institute, LLC should be directed to the operating entity at http://www.phytoscienceinstitute.com/. For questions regarding the Vermont Marijuana Registry, please contact Lindsey Wells, Marijuana Program Administrator, at [email protected] or at (802) 241-5222.