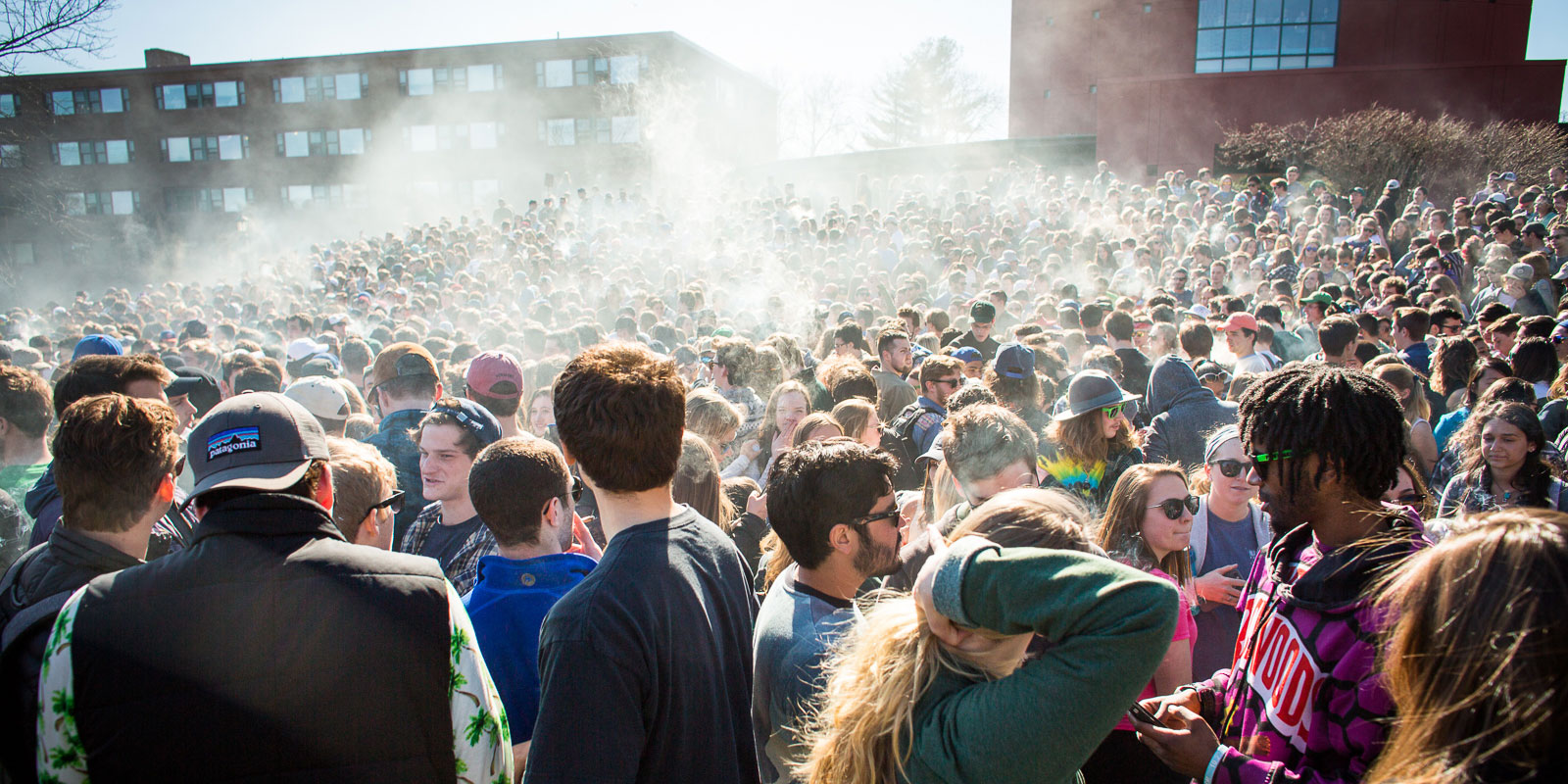 Students light up at the University of Vermont Redstone campus in Burlington in commemoration of the iconic pot smoker's holiday on Wednesday, April 20 2016 at 4:20 p.m. by Monica Donovan for Heady Vermont

The Princeton Review is a major player in the world of academia as the largest and arguably most recognized and trusted source of college ranking lists. In addition to questions about the science facilities, food, and social scene, students surveyed for this year’s edition of the Princeton Review, were asked specifically, ‘how widely is marijuana consumed at your school?’

Among all 382 schools included in the book, Vermont placed three schools in the top twenty, including the University of Vermont ranking #1 overall, Champlain College #16, and Bennington College #20.

Overall, the Northeast was much more heavily represented than legal adult use states as the University of Maine and University of Rhode Island both made the top ten with Wesleyan (Connecticut) checking in at eleven.

In addition to cannabis usage, the University of Vermont also ranks high in the Princeton Review for happiest students, most beautiful campus, top 50 green campuses, tree-hugging vegetarians, and party school (the full description of UVM on the Princeton Review website is pretty spot on).

Long before Buzzfeed, The Princeton Review understood the value of rankings and creating lists, both to consumers who want simple information, and to the schools themselves, who care deeply about how they rank.

Nationally, teen use is at a 20-year low according to federal survey data released in early September and reported by the Washington Post and others.