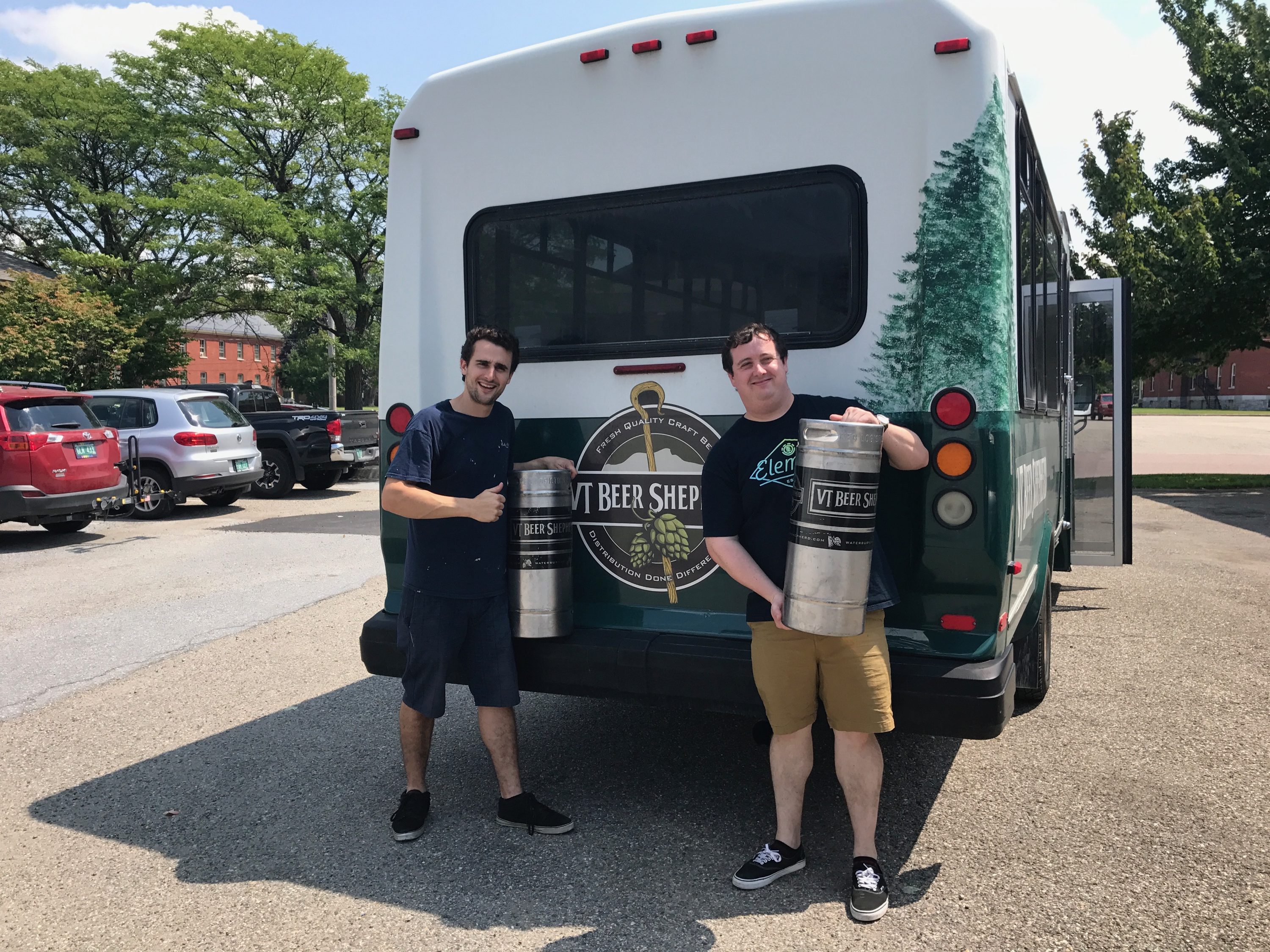 Green Empire Brewing, the two-man nano-brewery behind the winner of last month’s 9th Annual Burke Bike and Brew, Sim-Co-Pated, head back to the mountain as the beer sponsor for this year’s Hemp Fest. The brewers are working overtime at the Colchester brew house preparing for the festival; kegging the Mosaic hops-crafted 8 percent IPA named after Twiddle’s “Syncopated Healing,” that stole the show at Bike and Brew.

Co-owner Evan Vacarr, 27, describes the concoction as a “malt-forward, well-balanced, Vermont-style pale ale” with “tropical, slight sweetness” and a “citrusy aroma, with a nice hop finish.”

In the last two months, Evan and his partner, Dave Bombard, graduated from home to pro-brewers, beginning their journey on “a porch in Plattsburgh, (New York)” before crossing Lake Champlain and opening up the 700-square-foot brewery. Their beers are now sold throughout the state and, Vacarr said, will soon begin making their way into upstate New York.

“We really started getting excited and started brewing more,” Vacarr said, explaining that they have more than 50 recipes from their home-brew days, from ambers to hefeweizen, which they have not yet made publicly available.

It’s Vacarr’s relationship with Hemp Fest organizers, and Vermont Hemp Company President Joel Bedard, that brought him to provide brew at the inaugural Vermont Hemp Festival, “I’ve known them all for a long time,” he said, adding that he’s looking forward to making new connections at the event and sharing his passion with other event attendees.

“It’s huge that we did the Bike and Brew and now Hemp Fest,” Vacarr said. “I think it’s a nice prelude for us to have a dedicated winter tap handle at the (Burke Mountain’s) Bear Den Pub. It’ll be cool – people from all over the world will be drinking our beer.”