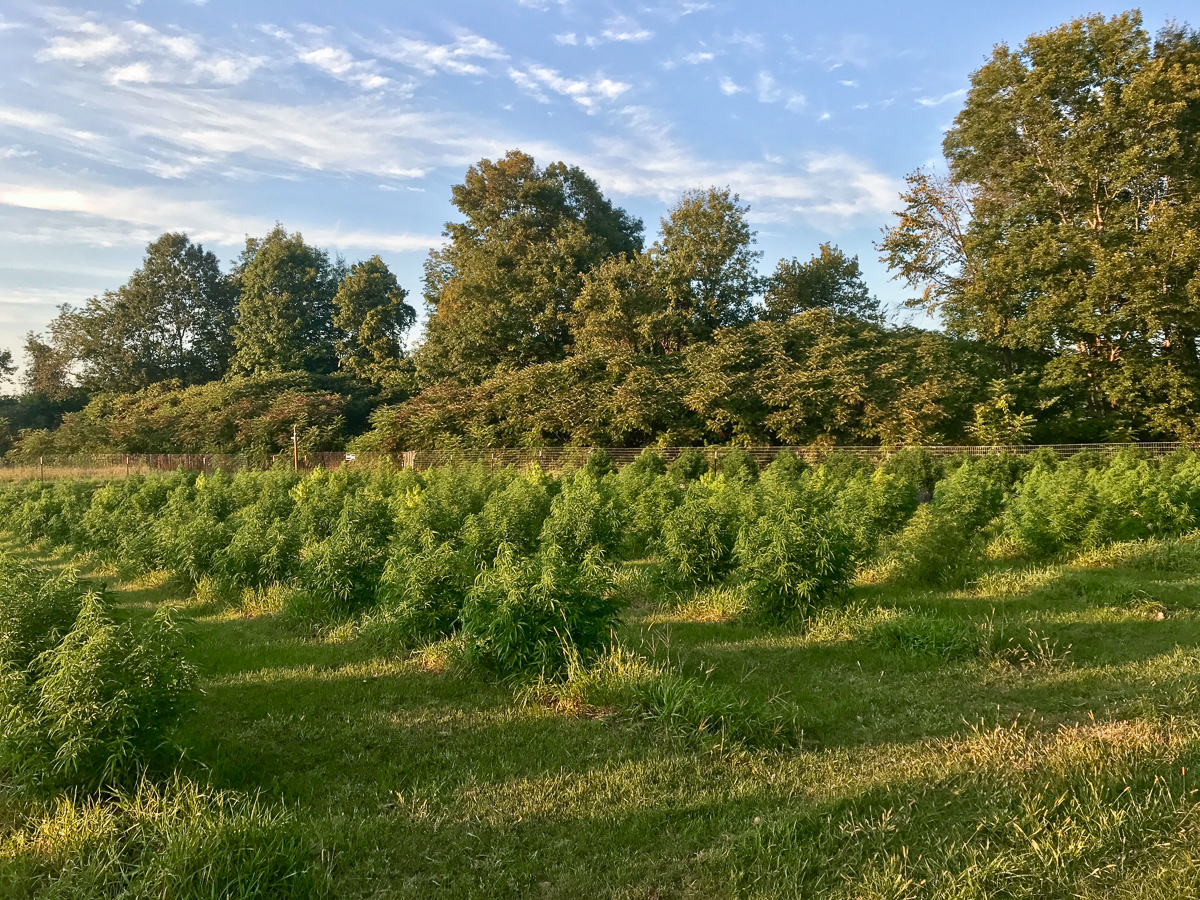 As their namesake would suggest, the folks at Humble Roots Horticulture are unassuming – low-key – but have a deep understanding of the state’s emerging hemp industry beyond their years. The owner, Fred LeBlanc, just 22-years-old, has surrounded himself with an intensely smart and passionate crew that strive to produce organic, high-quality, CBD hemp while maintaining a focus on promoting local businesses and agriculture.

Humble Roots’ proverbial seeds were first planted while LeBlanc was attending Champlain College, majoring in business, where he met Dan Muller, 22, a now-partner on the project, who was deeply interested in cultivating the hemp crops. About the time LeBlanc graduated from Champlain, he began “experimenting” with CBD, which he found to be “super helpful for anxiety and post-workout inflammation.”

“So, eventually, you find yourself in a hemp farm,” he said, adding that his mother, Wandee LeBlanc, and girlfriend, Jamie DeLeon have both played integral roles in getting the farm up and running; he credits DeLeon with coining the business’ name.

For their grow, the group has adopted techniques including no-till farming, compost teas, and cover crops “to create a real ecosystem,” LeBlanc said, adding that he chose these methods over more traditional ones after consulting with other members of his team, including Matt Joyce and Evan Fuller.

The group has adopted techniques including no-till farming, compost teas, and cover crops “to create a real ecosystem.”

Fuller, 23, another Humble Roots partner, said it was important to him that the company’s farming methods are “environmentally responsible” and create “a symbiotic relationship between companion plants and cannabis.” He’s hoping that as the plot expands the team will be able to introduce animals that can help maintain the soil health. Humble Roots has partnered with several local businesses to ensure they are using the highest quality products in the cultivation process, including compost and manure from Montpelier-based Vermont Compost Company, and high-potency worm castings from Black Dirt Farm in Greensboro Farm. The Humble Roots team will be giving away samples of both of these companies’ products at Hemp Fest.

While the fledgling farm doesn’t have any retail products on the market yet, LeBlanc explained that he wanted to sponsor the inaugural Hemp Fest in order to raise awareness about, not only their company, but also the therapeutic benefits of hemp-derived CBD. It’s part of a larger effort to carve the Humble Roots name into the landscape of Vermont’s hemp industry – which the plan to do with branded stickers and t-shirts, manufactured by Burlington’s Stickybrand and Winooski’s New Duds, respectively.

Fuller said that a Hemp Fest comes to Vermont at the perfect time because of the explosive expansion of the CBD sector. He’s not only interested in seeing what other companies and farmers are bringing to the market but how they are cultivating and manufacturing the products and whether or not they are employing “green” practices.

“There’s a lot of questions,” Fuller said. “Where are people taking this company? Where is this industry going? It’s so new.” LeBlanc indicated he was bringing his entire team to Hemp Fest to cover more ground and introduce their company to other local businesses – and not necessarily just other hemp cultivators. Part of the company mission, LeBlanc pointed out, is to source as much for his farm and business as possible; everything from compost to t-shirts.

“As a Vermont business it’s important to us to keep that money in the local economy,” he said. “And I think Hemp Fest provides the opportunity to see who else we can do business with.”

Hemp Fest is only the beginning for the young team – they plan on releasing their line of artisanal, hand-harvested CBD products, including a dab-able oil, e-juice for vaporizers, and an oral remedy by the end of the year.