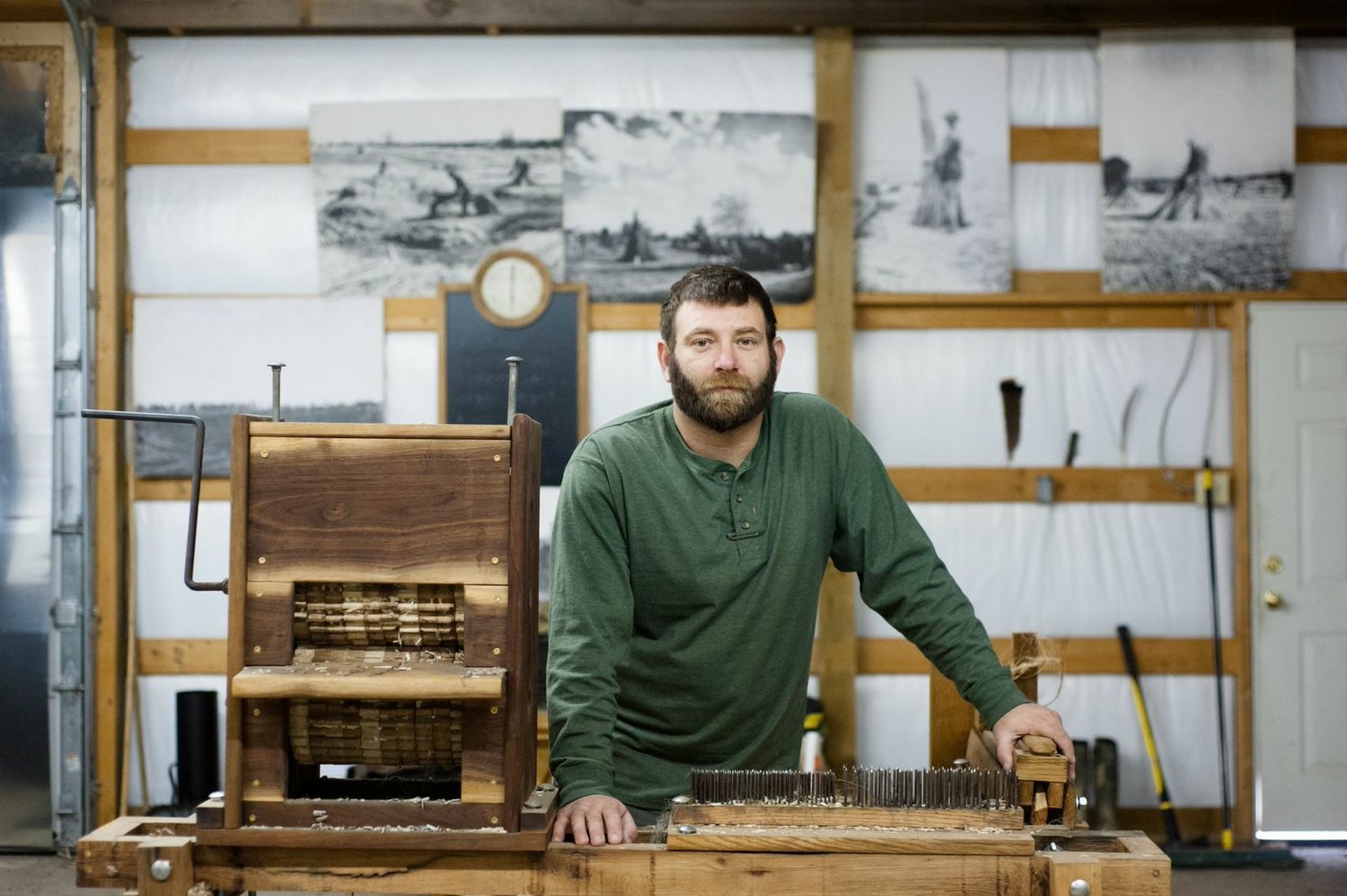 This year’s Hemp Fest is the first for Vermont, but for Michael Lewis, founder and director of Growing Warriors, it will be his “sixth or seventh” this year alone. Lewis, a military veteran who launched Growing Warriors in 2009, will deliver the keynote address at the inaugural Vermont event and said his speech would be less about hemp, and more about the historical significance of the crop and rural economic growth through farming.

According to their website, Growing Warriors “exists to equip, assist, and train our nation’s military veterans in agriculture production for themselves, their families, and the nation” and has helped over 65 veteran families grow more than 18,000 pounds of organic food since 2012.

After Kentucky passed its groundbreaking industrial hemp bill, Lewis said was approached by companies urging him to include hemp in his growing program. He initially passed because he “didn’t have a lot of information” about the crop. Soon, however, he began discovering the “small, artisanal” uses for hemp and was offered a grant which would allow him to begin hiring veterans to grow the crop. Shortly thereafter, his organization planted the nation’s first federally-permitted industrial hemp farm since 1934. This year, Lewis is involved in the cultivation of more than 5,000 acres of hemp crops, the bulk of which is used for grain – the “most immediate, accessible, and important market” due to it being an organic one that helps farmers remove at least one petro-chemical input.

“It was really that understanding of what hemp could do for a small, rural economy like mine versus what it could do as a large-scale industrial crop that spurred our interest,” he said, and then quoted President Thomas Jefferson: “The small landholders are the most valuable citizens … once the government controls the food supply they can sway votes and control the people.”

He styles his mission toward a “biological economy,” as opposed to carbon – a vision he shares with the likes of Henry Ford – but other industrialists, such as the Father of Cannabis Prohibition Harry Anslinger, had other motives (and carbon investments) and led the charge against both cannabis and hemp in the 1930s.

“Hemp is a crop that was taken from us because it would provide independence and liberty to our citizens,” Lewis said, adding that while he doesn’t see hemp as a “magic bullet,” he believes cultivating hemp is imperative to “rural economic freedom” and, historically, outlawing hemp was one of the first steps to the “gutting of rural economic infrastructure.”

“Hemp is a crop that was taken from us because it would provide independence and liberty to our citizens.”

While Lewis whole-heartedly agrees that hemp is “critical” for rural economies he describes the crop as a “tool” rather than a end-all solution. He said there is a “cautionary tale” wrapped in the hemp narrative, “it’s not all rainbows … it’s not like one plant is any good if we as people are not better.”

“We have this great opportunity but if we keep trying to allow our movement to be co-opted and transitioned into conventional thinking then we have missed the boat and we’ve missed a massive opportunity to transition our entire culture from a carbon-based economy to this bio-based economy,” he said. “Hemp’s great but it’s really people who are in control of the destiny so let’s not think a plant is going to save us.”

Right now, one of the most pressing problems facing the industry, according to Lewis, is the lack of infrastructure to harvest and process the crop; however that issue also persuaded him to learn more. “I heard in legislative meetings ‘there is no infrastructure’ and thought ‘that’s what’s wrong with my town and we have a chance to build an industry.’” Another aspect Lewis has investigated is the purported remediative effects of the hemp plant, which he stands firmly behind, explaining that for every 1 ton of hemp grown, 1.4 tons of carbon and “pounds and pounds of chemicals and heavy metals” from the environment are being captured. The problem, he says, is there isn’t much to be done with the hemp used to remediate soils.

Although he distances himself from being called a “hemp activist” or “hemp guy,” and admits he is skeptical of the magic bullet claims, Lewis is one of the leading hemp researchers in the nation and accepts invitations to speak at hemp festivals because of his desire to see agro-economies flourish and people become more independent and less reliant on petro-chemicals.

“It doesn’t make sense to be about one thing,” Lewis said. “I’m a humanist, I guess.”