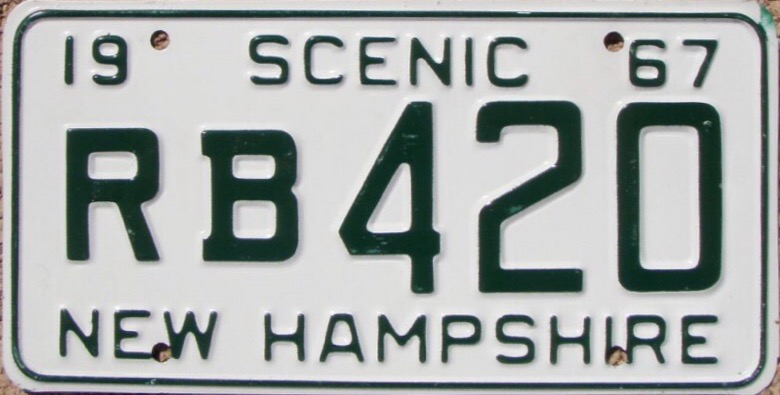 The bill goes into effect in 60 days and will eliminate criminal penalties for  possession of under three-quarters of an ounce of cannabis, replacing the current max penalty of one year in prison and a fine of $2000 to a $100 civil fine for a first or second offense and a $300 fine for a third offense within three years of the first offense.

For Matt Simon, the New England political director for the Marijuana Policy Project, who has spent the majority of the 2017 legislative session lobbying in Concord full-time and been active in New Hampshire politics for over a decade, the signing represented a hard-fought victory.

“New Hampshire lawmakers should continue to follow their constituents’ lead on this issue,” Simon said. “Every state in New England is either implementing or strongly considering legislation to regulate marijuana for adult use. It is time for the Legislature to develop a realistic marijuana prohibition exit strategy for New Hampshire.”

As Simon indicates, New Hampshire is the last New England state to decriminalize possession of small amounts of cannabis and is bordered by not one, but two states — Maine and Massachusetts — with legal recreational cannabis and impending over-the-counter sales.

(Fun U.S. Geography Fact: New Hampshire, Idaho and Utah are the only U.S. states that are bordered on two sides by legal cannabis states but where cannabis is not completely legal.)

In his full statement, Simon praised New Hampshire’s Republican Governor Chris Sununu for his signature and his support:

“The governor deserves credit for his steadfast support of this commonsense reform,” said Matt Simon, the Manchester-based New England political director for the Marijuana Policy Project. “Unlike his predecessors, who opposed similar proposals, Gov. Sununu appears to understand that ‘Live Free or Die’ is more than just a motto on a license plate.”

Unlike its western neighbor in Vermont — where legalization passed both houses and was vetoed by its respective Republican Governor and (executive stock car racer) Phil Scott — in New Hampshire, the legislative opposition to cannabis reform has come from the 24-member New Hampshire State Senate, who had previously defeated decriminalization eight times in the past ten years.

In praising the legislature, Simon noted the longtime support and thanked the Senate for catching up to their legislative counterparts:

“A lot of credit also goes to the House, which has been passing decriminalization bills since 2008,” Simon said. “It is refreshing to see the Senate finally come to an agreement with the House on this issue. This is a big step toward a more sensible marijuana policy for New Hampshire.”