Marijuana For The Masses [via Project CBD] 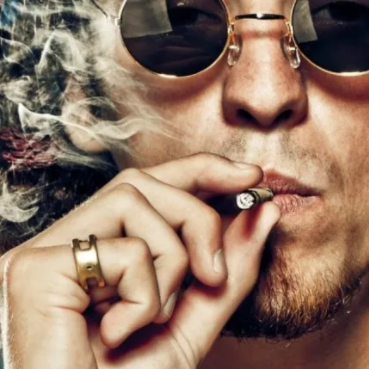 This article originally appeared on www.projectcbd.org and is reprinted with permission from Project CBD. Support their work online here.

It’s been 50 years since the fabled “Summer of Love” in San Francisco. The City by the Bay was the epicenter of a countercultural uprising fueled by cannabis and LSD, which happened so vividly and with such intensity that it generated worldwide attention.

Although the two psychoactive substances were closely linked during the social tumult loosely known as “the Sixties,” LSD never achieved the widespread social acceptance as marijuana. Once confined to America’s lower socioeconomic strata, the illicit weed smoked by marginalized Mexicans and African-Americans jumped its racial boundaries and suddenly found favor among white middle class youth.

But why marijuana? And why then?

No single factor can account for why cannabis has proven so attractive to so many people on an ongoing basis since the mid-1960s. In some unexplained way, the much-maligned herb addressed the needs of young Americans as they grappled with “growing up absurd” in a catch-22 world.

In the Fall of 1962, the United States and its Cold War enemy, the Soviet Union, went eyeball to eyeball and the world held its breath. Historian Arthur Schlesinger described the Cuban Missile Crisis as the most dangerous moment in history. The turn of a key could have triggered nuclear war and the extinction of humankind. The whole thing seemed suicidal, completely absurd, yet it was precisely the ghoulish irrationality of “Mutually Assured Destruction” that gave the superpowers their credibility in the modern world. Those who came of age during these anxious times made their stand not only as a “lost generation” but also as potentially the last generation.

President John Kennedy was assassinated 13 months after the Cuban Missile Crisis. These shocking events traumatized the nation’s psyche. It’s not coincidental that within a year after the JFK assassination, smoking marijuana, an herb that can facilitate the extinction of traumatic memories, would increase exponentially among white middle-class youth, including some of America’s best and brightest college students. And now that the genie was out of the bottle there was no way to put it back in.

Contrary to rampant scare stories about devious pushers and deviant youth, that fateful first toke didn’t lead to ruin. It didn’t turn young people into miserable junkies or psychos or couch potatoes. More often than not it relaxed them and made them laugh or gave them the munchies. And it also set their skeptical minds in motion: If government officials dissemble about marijuana, what else do they lie about? If marijuana prohibition is based on blatant falsehoods, are other policies just as arbitrary, capricious, and groundless?

Not surprisingly, marijuana smokers in the mid-1960s tended to harbor antiestablishment attitudes. It wasn’t the chemical composition of the herb that engendered skepticism toward officialdom in general — it was the chasm between irrefutable lived experience and the government’s rabid anti-marijuana mythology enshrined in federal legislation that mandated five years in prison for possessing a nickel bag of grass.

A pivotal year for pot

Marijuana’s status as a forbidden substance added to its allure. But it doesn’t explain the herb’s enduring popularity since 1964. That was when white America discovered pot and “marijuana” became a household word. This unexpected development was reflected in news stories with headlines such as “Dope Invades the Suburbs” and “The College Drug Scene.” What the magazines called “drug abuse” was almost entirely a matter of young people smoking weed.

Nineteen-sixty-four was also the year that President Lyndon Johnson’s Advisory Commission on Narcotics and Drug Abuse issued a report about mood-changing meds in America. The commission noted that “the rarest or most abnormal form of behavior is not to take any mind-altering drugs at all. Most adult Americans are users of drugs, many are frequent users of a wide variety of them.”

Physicians routinely prescribed Valium, Librium, Miltown, and other highly addictive hypnotics and tranquilizers — known as “dolls” in mainstream happy-speak — along with a cavalcade of uppers and diet pills to help Mom and Dad get through the day and fall asleep at night. These substances were often misused. Overconsumption of alcoholic beverages was even more commonplace.

Post-world-war-two Baby Boomers were the first demographic to smoke marijuana en masse. In the 1960s, few people were thinking about marijuana as a medicine. But the controversial plant may have had an unacknowledged therapeutic impact during that turbulent decade.

For Sixties youth, cannabis was like catnip for a cat, a poorly understood but nonetheless efficient herbal means of navigating the ambient anxiety and frenetic complexity of modern life. “The need to self-medicate symptoms of adolescent angst is much more important than simple youthful hedonism,” according to Dr. Tom O’Connell, who studied juvenile marijuana initiation and usage after serving as a captain in the U.S. Army Medical Corps during the Vietnam War.

Adopted as a safe, effective, and medically unsupervised anxiolytic by legions of Baby Boomers, marijuana became the central focus of a deceitful and disastrous war on drugs launched by a Machiavellian president. The drug war that Richard Nixon set in motion in the early 1970s would escalate and metastasize under Ronald Reagan and his Oval Office successors.

Ironically, it was President Reagan who unintentionally shed light on the scientific basis of cannabis therapeutics when he expanded and militarized the war on drugs in the 1980s. The Reagan administration poured tens of millions of dollars into research that would prove once and for all that marijuana damages the brain—or so it was thought. But rather than showing that marijuana caused brain damage, the Reagan administration underwrote a series of experiments that led to the discovery of “the endocannabinoid system,” which actually protects the brain and buffers stress when activated by cannabis components.

This major scientific breakthrough would have significant implications for nearly every area of medical science. It opened up new vistas of understanding human biology and went a long way toward explaining how and why cannabis is such a multifaceted medicinal herb — and why it’s the most popular illegal substance on the planet.

The emergence of marijuana as the anxiolytic drug of choice among tense teens and anxious adults in the 1960s and its durable popularity makes sense in light of scientific studies, which have documented how marijuana “turns on” receptors in the brain and body that regulate our ability to adapt to stress. On a cellular level, stress is the body’s response to any stimulus that creates a physiological demand on it. When a person is stressed, the brain generates cortisol and other steroid hormones, which, in turn, trigger the release of naturally occurring marijuana-like compounds that are produced in the human brain and body. These endogenous “cannabinoids” bind to cell receptors that restore physiological homeostasis by down-regulating the production of stress hormones. Marijuana, an herbal adaptogen, essentially does the same thing: When consumed in moderation it can calm overactive nerves, relax musculature, lower blood pressure, and ease acute and post-traumatic stress.

Stress is unavoidable in daily life. Whereas activation of the body’s innate stress response (“fight or flight”) is essential for responding to acute survival threats, too much stress can increase one’s susceptibility to disease and damage an organism in the long run. Chronically elevated stress levels boost anxiety and hasten the progression of Alzheimer’s dementia. Emotional stress has been shown to accelerate the spread of cancer. Stress alters how we assimilate fats and other nutrients.

What was true for Baby Boomers also applies to Millennials and everyone in between: We have been under assault from an unprecedented array of debilitating stressors, a noxious swill of junk food, electromagnetic radiation, information overload, and tens of thousands of unregulated chemical pollutants, which wreak havoc on metabolism and psychological development. There’s also dog-eat-dog stress, bad relationship stress, the stress of extreme economic disparity, war-without-end stress, god-awful government stress, ecological doom stress. The cumulative effect can be seen in epidemic levels of diabetes, autism, ADHD, hypertension, and depression.

Marijuana, the little flower that millions like to smoke, helps people cope with the stress of living in the modern world.

Martin A. Lee is the director of Project CBD and the author of Smoke Signals: A Social History of Marijuana – Medical, Recreational, and Scientific. His first book, Acid Dreams: The Complete Social History of LSD – The CIA, the Sixties, and Beyond, was recently released as an audiobook.

From our friends at Marijuana Policy Project. MONTPELIER — Today, the Vermont Senate cast a final ...