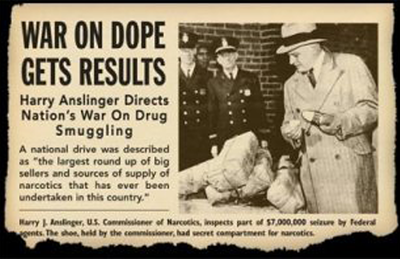 BURLINGTON, Vt. — As the Burlington Free Press (and AP) reported on Wednesday, the Burlington Police Department agreed to pay a $100,000 settlement to a Vermont man whose car was searched under false pretenses.

The fallout — including the resignation of the officer a day before his firing — came after body camera footage caught a former BPD officer admitting he didn’t have evidence to search a vehicle or smell cannabis, but searched the vehicle anyway and later wrote on his official affidavit that it was the ‘smell of fresh marijuana’ that justified the search.

As reported by the Burlington Free Press, the complaint against the fired officer, filed on May 16, outlined a cut and dry case of profiling, backed up by audio evidence from the offending officer’s body camera.

“This prolonged and expanded seizure was not based on any reasonable suspicion of criminal activity, but took place merely because Mr. Mullen and (Mullen’s friend) were “tatted the (expletive) up,” and driving a “(expletive)box,” the complaint states.

Unfortunately none because it’s a payment by the city’s insurance company. Loss to #BTV may come from increased premiums. Still, troubling.

As clarified, by the Burlington Free Press in the article on Wednesday, and by Burlington Police Chief Brandon del Pozo via twitter, the city’s insurance company will pay the settlement, but the city will most likely pay a deductible and could see an increase in premiums.

Read the full account via the Burlington Free Press:

The complaint also alleges that Lopez eventually told Mullen he would be free to leave, but would have to leave the car on the scene. However, when Mullen went to leave, Lopez stopped him and conducted a “pat frisk” of Mullen, the complaint states. During the frisk, Lopez discovered less than one gram of cocaine in Mullen’s person. Possession of that quantity of cocaine is a misdemeanor under Vermont law.

“The only legitimate purpose of a pat frisk is to assure the officer that the person under investigation is not carrying offensive weapons,” the complaint states. “This small amount of cocaine could not in any way be confused with an offensive weapon and, consistent with the dictates of the Fourth Amendment, should not have been retrieved from Mr. Mullen’s pocket.”

A drug-sniffing dog eventually arrived on scene. Lopez told Mullen that the dog alerted to the presence of drugs inside the car. Mullen disagreed, as he knew there were no drugs in the car, the complaint states. Mullen eventually consented to a search of the car because he “believed there was nothing he could do to stop (Lopez).”

A bag of white powder was found inside a backpack in the car, the complaint states. Mullen’s lawyer Bond said his client told him the powder found was actually baking soda. Bond said he is unsure if the material was tested. Del Pozo declined to comment.

“Nevertheless, the officers concluded that it was cocaine,” the complaint states. “Because the combined weight of the baking soda and the gram of cocaine found on Mr. Mullen’s person were in excess of 2.5 grams, Mr. Mullen was charged with felony possession of cocaine.”

As a result of the felony charge and an unaffordable bail amount, Mullen was placed in the custody of the Vermont Department of Corrections and held in prison while his case pended from October 2016 until February, the complaint states.