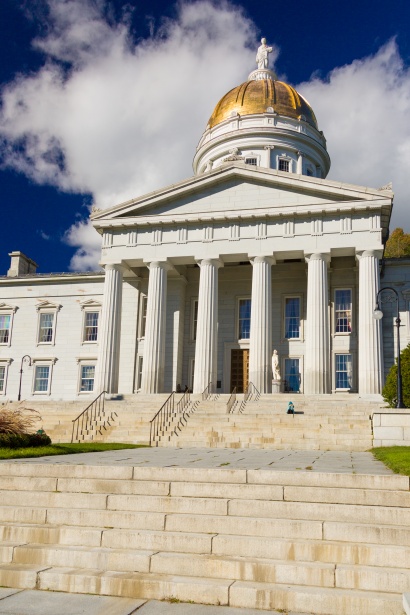 The bill approved Wednesday, which addresses concerns Gov. Scott expressed when he vetoed a similar bill in May, would eliminate penalties for personal marijuana possession and cultivation by adults 21 and older; it would also create a study commission on regulating and taxing marijuana for adult use

MONTPELIER, Vt. — Another bill that would make marijuana legal for adults in Vermont was approved by the Senate on Wednesday, the first day of a two-day veto session. H. 511 reflects a compromise between legislative leaders and Gov. Phil Scott, who vetoed a similar bill, S. 22, in late May. It will now go the House, where it is unclear if a substantial number of House Republicans will agree to waive rules and allow its consideration during the veto session.

A three-quarters vote of the House will be required for the bill to be taken up on Thursday. If the House does not pass the bill during the veto session, H. 511 could receive a vote when the House next convenes.

The legalization language was added as an amendment to H. 511, a bill dealing with highway safety that had already passed the House. It would eliminate Vermont’s civil penalty for adults possessing one ounce or less of marijuana beginning in July 2018 and remove penalties for possession of up to two mature marijuana plants and up to four immature plants. It would also create a study commission to develop legislation to regulate and tax marijuana for adult use. The amended bill would extend the time allotted by S. 22 for the commission to submit its report, add additional agency directors and the defender general to the commission, and increase penalties for dispensing marijuana to minors or exposing them to marijuana smoke in cars.

“Vermont is poised to make history by becoming the first state in which the legislature and governor end the disastrous policy of marijuana prohibition. Just over a year from now, adults will have the same freedoms to grow and possess cannabis that our neighbors in Maine and Massachusetts enjoy,” said Matt Simon, New England political director for the Marijuana Policy Project. “The question is no longer ‘if’ Vermont will stop penalizing adult cannabis consumers, but ‘when’.”

“There is no good reason for the House to delay passage of this modest and sensible legislation,” Simon said. “Now that Gov. Scott has agreed with the House and Senate that marijuana should be legal for adult use, House Republicans should follow the governor’s lead and vote to advance this compromise. Failing to waive the rules will only mean the marijuana regulatory commission has less time to do its important work.”

Fifty-seven percent of Vermont voters support allowing adults 21 and older to possess and grow limited amounts of marijuana, according to a statewide survey of 755 registered voters conducted in March by Public Policy Polling. Only 39% are opposed.

The Vermont Coalition to Regulate Marijuana is a broad coalition of citizens, organizations, and businesses working to end marijuana prohibition in Vermont and replace it with a system in which marijuana is regulated and taxed. For more information, visit http://www.RegulateVermont.org.