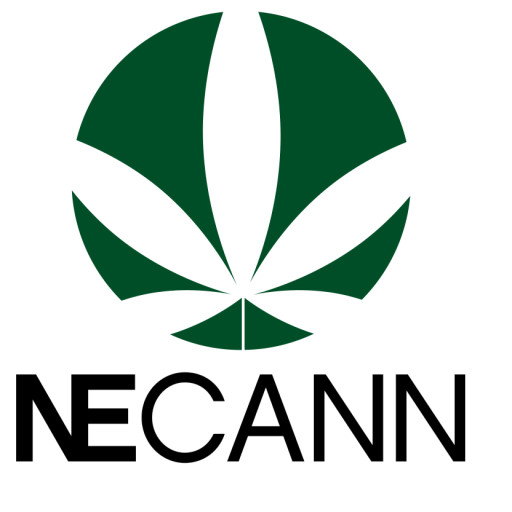 BOSTON, Mass. — On Saturday, April 22 and Sunday, April 23 this year, the New England Cannabis Convention (NECANN), will take over the Hynes Convention Center in the heart of Boston for the region’s largest cannabis show. The convention is part trade show, part educational seminar, and part meet-up, will include over 175 vendors, have four distinct programming tracks, and is expecting over 6,000 attendees.

At last year’s NECANN, there were roughly 100 vendors and 4,000 participants, which means that this year’s convention is projected to be 40-50% larger in terms of both vendors and participants.

It’s one thing to read about the growth of the cannabis industry on paper, but NECANN represents an accurate and inspiring snapshot of both cannabis interest — represented by the thousands who attend—and the industry, represented by the increasing number and types of organization and businesses exhibiting and presenting.

Understanding that his convention is a snapshot of the larger industry, New England Cannabis Network President Marc Shepard is appreciative, but not surprised by the growth, which he says mirrors the economic ripples from medical, legalization, and regulation reform in other states.

“If the medical programs are healthy and then legalization happens, that’s just sort of the model, because there’s that much opportunity out there for new business, new careers, new entrepreneurs so it’s natural that a trade show centering around that is going to grow exponentially year after year,” he said.

“The first programming track focuses primarily on medical marijuana — advocacy, education, introduction to the program and how to navigate the system. Pretty much anything that you’d want to know about medical marijuana in New England’,” said Shepard.

“Then if you buy the BIC ticket, that opens up three other tracks of programming, one of them being business, investment, and careers so you can listen to people across every aspect of the industry talking about what opportunities are best, how to get in, how to prepare yourself, lessons learned, best practices – about every aspect of the industry and how to be involved in it.”

With legalization in two New England states, Maine and Massachusetts, having been enacted since last year’s convention, Shepard says he’s seen an impact in terms of overall interest in cannabis, but that because the regulations have yet to be enacted, the more immediate momentum is for home growing as residents of both Maine and Massachusetts can legally cultivate up to six cannabis plants at home.

“The biggest change we’ve seen since last year in Maine and Massachusetts with the passage of recreational, people can grow at home and possess, so there’s been an amazing burst in interest in, ‘how do I grow it myself?’ and ‘once I grow it, how do I cure it, how do I store it, how do I extract it, how do I make tinctures, how do I make edibles. So that live demo and growing tack will focus on 50% how to grow and then what to do with your product after you’ve grown it.”

The final track is what Shepard calls the Education Village, which is a live drop-in session hosted and staffed by members of MassCann/NORML, the state’s predominant cannabis reform advocacy organization.

“They’re going to have roundtable discussions all day on all different aspects about the industry, legality, recreational, medical, all kinds of important discussions. Part of that village will also be a quiet setting where people can come ask whatever questions they have whether it’s growing, legal advice, medical advice. The Education Village is a place where people can go and get a question answered one-on-one.”

For Shepard, it’s clear that being a place that both convenes and catalyzes the New England cannabis community is part of an intentional social mission to elevate and connect the region.

“I’ve been to a lot of conventions around the country and most of them are nationally focused in that, they’re just looking to become another stop on the train, it doesn’t really matter where the show is—and that’s not to disparage the shows, I’ve been to some great ones — but it doesn’t really matter where they are, it’s just, ‘hey, we’re doing it in Florida this year or we’re doing it in Chicago this year’ and everyone goes to that show. Whereas what we’re trying to do is gear up and get the New England community ready to capitalize on this market. We’re not trying to keep outside people out, but we do want people to come from all six New England states. We want people to come in, learn, get ready and say that ‘hey, here are the business models that were successful in Colorado and Oregon and California, here are the opportunities to meet those people, but also to start those businesses here.”

Until the legal reforms and continuing social destigmatization of the last year, participating in the cannabis industry — and advertising yourself publicly, even in the highly-professional NECANN setting — required more faith and courage in taking a leading role in a still-nascent industry. Those bonds formed at past conventions and at metopes, events, and political rallies around the region which have reinforced the bonds of the region’s pioneering ganjapreneurs and organizers.

The participants themselves are also adapting as professional operations, outcompeting and outlasting grey-area operators and businesses; however, Shepard notes that in Massachusetts, the regulation is still far behind both the consumer and the business demand, especially with the licensed medical marijuana providers. When Massachusetts passed the Question 4 referendum in November, it included a provision that all existing medical dispensaries would be allowed to sell to the entire 21+ adult use market by January 1, 2018. That provision has since been delayed by the legislature (September 2018 is latest estimate for over-the-counter sales), but the pipeline of dispensaries who have been approved but not licensed or in operation remains extremely clogged.

“I’ve seen a terrific growth in educated players entering this arena and getting themselves ready. We did this first show early in 2015 and it was like a speed-dating session. Everyone was introducing themselves to each other trying to understand the full scope of the industry and what it’s going to look like when it lands. We’re still in a case in Massachusetts where medical was passed in 2012, it’s five years later and there’s eight, maybe nine dispensaries in the entire state servicing 40,000 medical patients, so the medical program is still in its infancy, there could be 40 dispensaries open right now.”

Shepard is also a strong believer that even with adult use ‘recreational’ marijuana being legalized, there will still be demand for medical marijuana and that there’s a difference between treating a symptom versus looking for the best high. “Both things are great, but they’re very different and you’re not going to go to a rec store and say ‘hey I have this ailment can you get me something to treat it?’ because they’re not going to grow that, they’re going to grow recreational marijuana. So both aspects have a huge growth potential still.”

Originally, NECANN was going to include a growers’ cup that invited regional participants to have their cannabis judged openly; however, Shepard respectfully acknowledges that those kinds of gatherings where farmers trade, sample, and sometimes sell their homegrown wares already happen in New England, and gives credit to the grassroots exchanges that have brought cannabis commerce meetups from secret farm gatherings to a convention center in heart of Boston.

As the place and potential of cannabis continue to evolve and expand in our society, events like NECANN are an opportunity to deeply examine the range of successful cannabis businesses and organizations, to meet the leaders carrying the various torches, and to connect and share a bond with fellow New Englanders with an interest in cannabis.

The New England Cannabis Convention takes place Saturday, April 22 and Sunday, April 23, 2017 at the Hynes Convention Center in Boston, Massachusetts from 10am to 6pm. For more information and to purchase tickets, visit www.necann.com.