The Good, The Bad, & The Crony: The Top 8 Things You Need to Know About Vermont’s Proposed Medical Marijuana Reforms 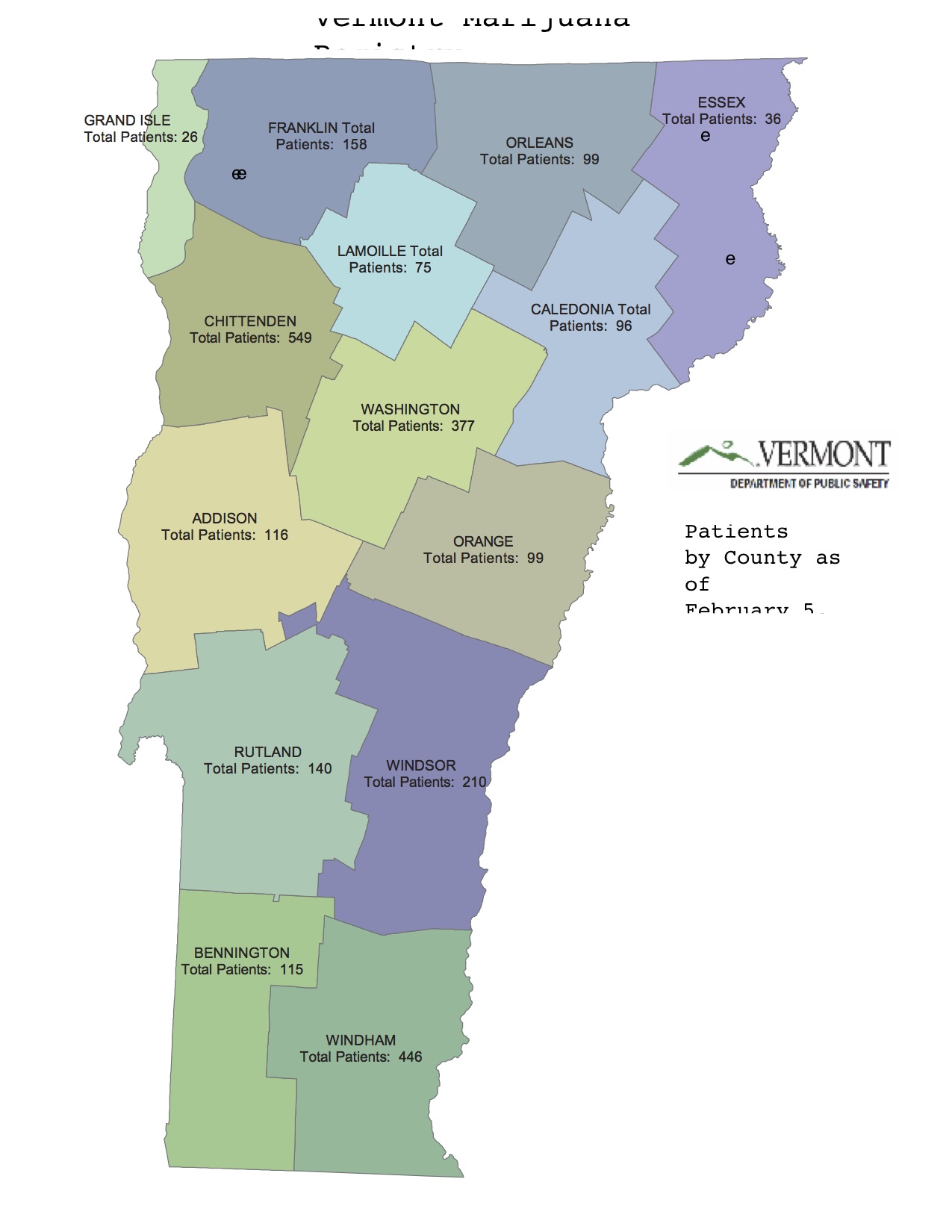 MONTPELIER, Vt. — The House Judiciary Committee recently released the first version of H.170, a bill that would legalize — but not tax or make available for sale — possession and cultivation of small amounts of cannabis.

However, there’s another bill presently in the Vermont Senate Judiciary Committee known as S.16 (full text), which could end up having a much broader impact on the present and future of Vermont cannabis for the thousands of present/future medical marijuana patients, and the millions of dollars that flow through Vermont dispensaries now and in the future.

Here’s what you need to know:

Instead of needing a three-month relationship with a doctor or naturopath, Vermonters could become patients after being examined by a medical professional who is a specialist with some specific training and understanding of medical marijuana. The state would also mandate that all physicians licensed in the state have at least one hour of medical marijuana training.

The list of specific qualifying conditions would increase to include Post-Traumatic Stress Disorder (PTSD), Crohn’s Disease, and Parkinson’s Disease; it also includes the phrase, “other disease, condition, or treatment as determined in writing by a qualifying patient’s health care professional”, which is a catch-all phrase that’s been used in states like Massachusetts to allow medical professionals to allow for medical marijuana treatment of a disease not explicitly named.

The number dispensaries would double from four to eight and likely include new locations in Bennington, the Upper Valley and elsewhere.

This version of S.16 would allow for eight dispensaries to operate in Vermont, likely including one in Bennington. However, it’s unclear whether there will actually be new operators of those dispensaries, or if the same three operators (who control 100% of the state’s $3M+ medical marijuana industry) will instead be allowed to open up satellite locations, or franchises, in new localities.

Since last fall, at least one group from Senator Dick Sears home district of Bennington has spent time in the statehouse making their case that with a dispensary in Bennington County, they’d be able to serve hundreds of present and future patients who would be more likely to register legally if they knew they had a local option. Geographically speaking, the northeast kingdom, upper valley, and Franklin County would be the next least-served parts of the state, but it’s more likely that at least one more of the four new licenses would land in Chittenden County, where 20% of the state population resides.

Even though there will be more patients buying more marijuana from more locations, a Vermont medical marijuana patient suffering from cancer would still not be allowed to buy an edible from Dispensary A in Brandon and high strength cannabis oil from Dispensary B in Montpelier, even though he/she would not be going over the legal monthly limit.

There have been zero instances of a medical marijuana buying and re-selling the high quality, tested, and labeled dispensary marijuana on the illicit market, but the amount of plants the dispensaries are allowed to grow depends on the number of registered patients, so dispensaries don’t want to lose any of their plants and have less supply. It’s reasonable to assume that the dispensaries don’t want more competition from each other, but it’s an issue the legislation could fix completely by allowing for dispensaries to grow more plants and not forcing them to lock in patients to keep their own supply steady.

Because the state was worried that medical marijuana dispensaries designed to serve sick patients would chase profits and focus on making money instead of serving patients, the state had initially required the dispensaries to be nonprofit organizations.

In theory it made sense, but all it’s done is prevent dispensaries from raising outside capital and give dispensaries a scapegoat for their financial models. Although these dispensaries have been paying lobbyists for ten years to protect their positions and built new storefronts, they’ve successfully convinced the legislature that the high cost of medical marijuana is due to their inability to bring in outside capital or attract enough patients without being able to pay for conventional advertising.

For-profit medical marijuana dispensaries are still mostly screwed in terms of their business models because due to a federal tax provision called the 280E (more), they can’t write off regular operating expenses and pay an effective of tax rate of 40-70%. The new law does still mandate ‘a sliding scale’ mechanism designed to encourage dispensaries to accommodate their lowest income customers, but doesn’t specify or suggest any specific cutoffs for discounting medical marijuana.

Patients will still only be allowed to grow two plants, the same as any healthy Vermont resident if legalization passes, and one third of the six-plant allowance for healthy Massachusetts residents

The new law would allow patients who grow at home to also purchase legal marijuana products from dispensaries, but patients would STILL not be allowed to grow more than two plants of their own. This is the number one complaint for medical patients who can’t afford to shop at (one of) the state’s four medical marijuana dispensaries.

Dispensaries will be allowed to grow outdoors, provided that the plants are in an enclosed, locked facility shielded from public view.

Although greenhouse growing has been successfully implemented by Vermont dispensaries — so much so they have the supply to sell to other dispensaries–this provision would allow for all dispensaries to expand outdoor grows and by using sun power instead of electricity, lower costs for producers, and theoretically patients.

Dispensaries have been testing and labeling their own THC content since the beginning but this provision would create a centralized state-run lab that would collect fees for testing services — if the state decides that only their test is acceptable for certifying legal cannabis, this will be extremely important.

The provisions included in the bill known as S.16 shouldn’t be a major surprise to longtime Heady Vermont readers: it includes many of the exact same provisions that were discussed back in November by the Joint Committee on Justice Oversight:

While much of the political energy in 2017 will focus on the broader questions about legalization, S.16 will not only set the stage for how the state’s medical marijuana program evolves, but where (literally) the dispensaries will be positioned when there are legal adult sales in the next three to five years and how many Vermonters will be legal medical marijuana patients at that time.